Barnutopia, a glamping, camping, wedding and event venue in Llansilin near Oswestry has been featured in an episode of Give it a Year, hosted by business mogul Baroness Karren Brady. The episode, which aired on Monday, 14 May, charts owners, Katrina and Steve Boydon, as they try to convert a long barn into a venue for special occasions, including weddings. The site was taken over by the couple in 2015 and quickly grew from a few luxury yurts to converted stables, cabins and bunkhouses as well as a campsite. 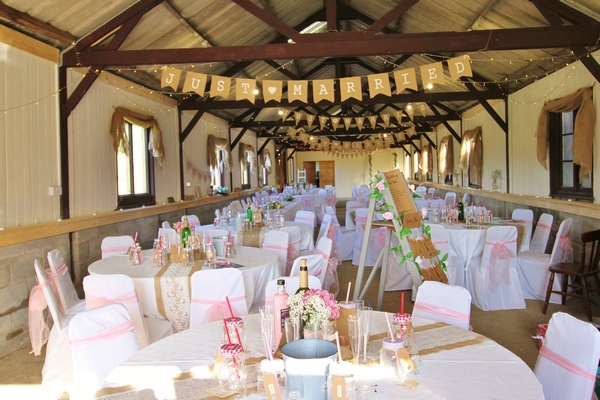 Filming ended with the first wedding ceremony at Barnutopia when Louise Ashman tied the knot with Ritchie Cummons. The venue can cater for up to 120 guests, and there is a smaller barn for groups of up to 30 guests. Katrina and Steve returned to the UK after living in America for 20 years and decided to jack in the corporate life and combine their passion of camping with all the comforts of home. The site in rural Shropshire was named by Welsh Border Life magazine as one of the ten best rural retreats in the Welsh borders. Watch again at www.itv.com