In a typical year as Plantlife’s meadows adviser, I get a huge number of enquiries from meadow owners in July and August, desperate for advice on how to create, restore or manage their meadows. Here are a few questions that I get asked: “What seed should I buy?” “How do I sow?” “How long will it take to become a wildflower meadow?”. 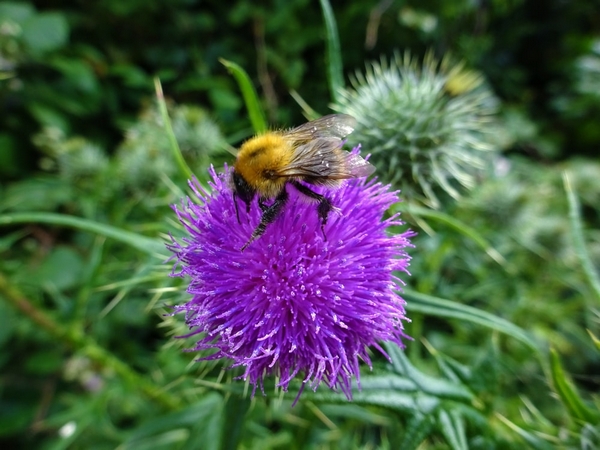 These are questions from meadow enthusiasts with a desire to do something positive. Normally, my first question in return is: “What have you already got?” Nine times out of 10, the response is, “I’m not sure,” or “I think it’s mostly grass and not much else.”

This desire to do something for nature is completely understandable. I think for most people there is a sense of satisfaction from actively contributing, whether sowing seeds, putting up a bee hotel or planting a tree. So when I suggest it would be a good idea to get the management right and then wait a year or two to see what comes up, you can hear hearts sink…

We are used to living with instant makeovers and transformations; working with nature can sometimes feel against the grain. Can’t we just sow some wildflower seeds and get a fabulous instant hit? 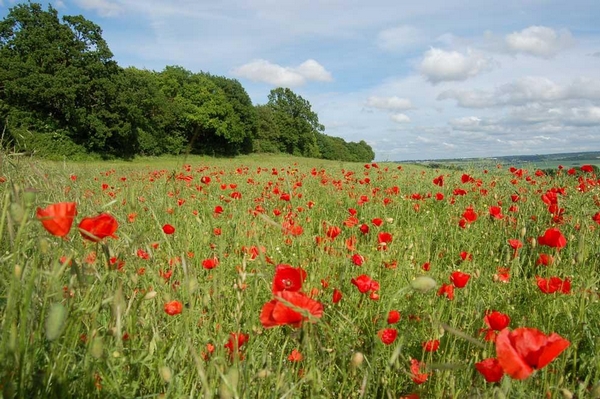 Doing your research is key to a successful thriving meadow. I always start by finding out about the meadow owner and their motivations. Then the meadow itself: its history of management, the soils and the wild flowers already present. This helps me build up a picture of the meadow, its owner and their reasons for wanting a wildflower meadow. I am hoping this time of enforced isolation might give you the chance to contemplate some of these questions about your own meadows.

If you find yourself with time on your hands, it is the perfect time to start observing your meadow over the coming couple of months and see if you can identify any wild flowers that are already growing. I would recommend downloading Plantlife’s Guide to Plants of Wildflower Meadows on the Magnificent Meadows website. Having some knowledge about some of the species already present will make it easier to plan the next steps for your meadow. You may find there is more there than you think. 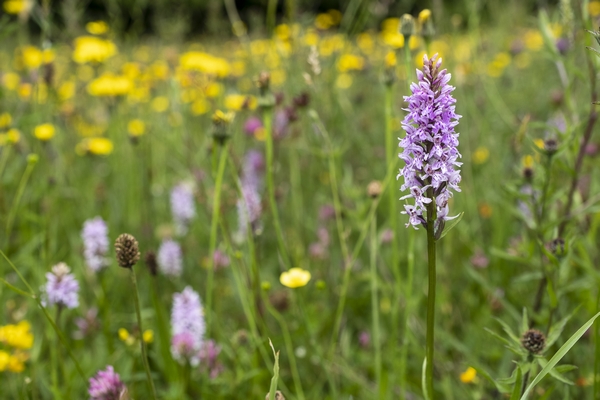 Creating or restoring a wildflower meadow seems, on the surface, to be pretty easy. You create some bare ground, you sow some seeds and you cut and remove it every year after the flowers have seeded. That is the basic recipe. It sounds so straightforward and generally it is. However, there are a few things that can trip you up along the way. One of those is not knowing enough about your existing meadow. It’s a bit like buying a car without doing your research and ending up feeling disappointed.

When it comes to wildflower seeds, not all seeds are created equal. People are keen to reach for an off-the-shelf wildflower mix. These will provide an instant hit of pollen, nectar and seed, which can help our declining bees, butterflies and farmland birds. But these mixes don’t conserve wild flowers. It would be surprising to find anyone releasing flocks of declining birds or threatened mammals into the countryside without rigorous checks and controls. Yet there is widespread and unchecked acceptance of wildflower seed mixes, often including plants of non-native origin. 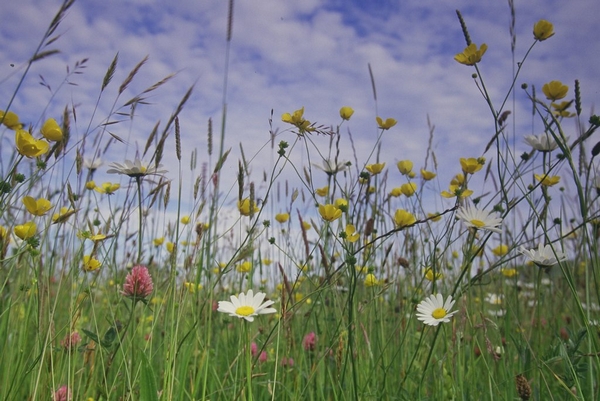 Generally, commercial wildflower seed mixes only carry a small proportion of the genetic diversity available in native plant populations and without a requirement to meet high-quality standards, non-responsible suppliers are producing and selling low-quality wildflower seed.

Plantlife advocates restoring meadows by managing for the long term and allowing natural regeneration from the seedbank – the seeds of the local species that naturally thrive on your site. If this is not possible, we recommend the use of local green hay or locally harvested seeds from existing species-rich meadows. These are effective and ecologically robust methods for improving characteristic plant diversity in meadows for the long term. Importantly, these methods also help safeguard the distinctiveness of meadows.

This is part of the magic of wild flowers; a Norfolk wildflower meadow, with green-winged orchids and pepper-saxifrage will be different in character to a Carmarthenshire wildflower meadow with whorled caraway and lesser butterfly-orchids, which is what makes both of them special. 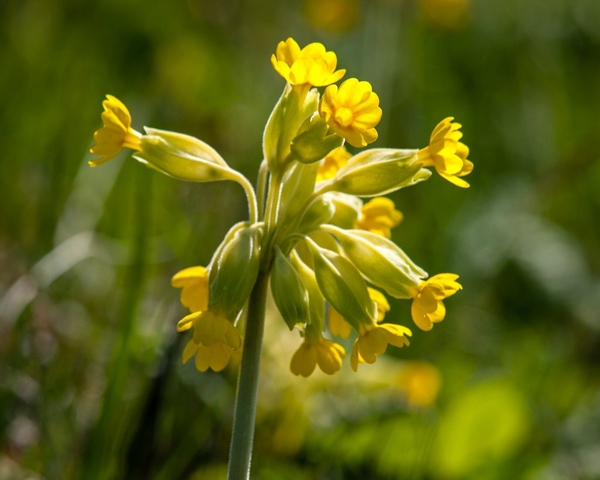 What all these approaches have in common is that they take time and planning. They also require research and knowledge about the current state of your meadow before deciding which option is most suitable.

So, as we take time to get back to normal after lockdown, how about doing your research? Look for an existing species-rich donor meadow nearby that you could use as a source of green hay for seed. Or why not just manage, observe and be patient, safe in the knowledge that you’ve done your research and you are in it for the long term?

Establishing and managing your own wildflower meadow is, like any relationship, a long-term commitment. But the rewards are worth it. It’s the delight of observing at close quarters as different plants find their own niche in your meadow, making every year slightly different. This is something you would miss out on with a generic seed mix.

Despite Covid-19, as I write Plantlife is still offering over-the-phone advice and technical guidance to meadow owners, plus a wealth of downloadable guidance on both the Plantlife and Magnificent Meadows websites. All good things come to those who wait… 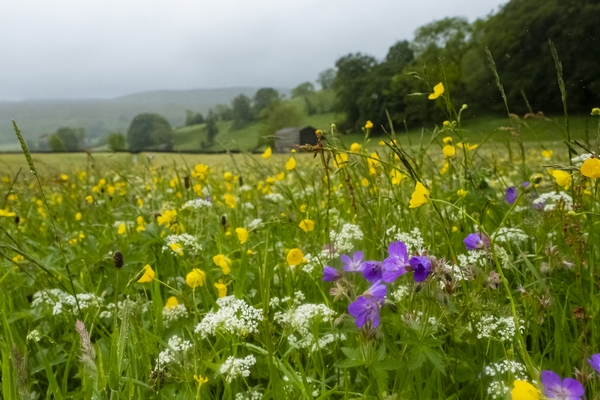 Meadows and species-rich grasslands can support a huge range of wildlife including wildflowers, fungi, bees, flies, beetles, spiders, moths, butterflies, reptiles, amphibians, small mammals, bats and birds. In the UK, more priority species (for conservation attention) are associated with grasslands than with any other habitat type.

The UK’s remaining species-rich grasslands now cover a minute fraction of the area they once covered, even relatively recently in the early 20th Century. There were once natural wildflower meadows in every parish – today only two per cent of the meadows that existed in the 1930’s remain. Nearly 7.5 million acres of wildflower meadow have been lost so far and they are still being destroyed. Of those that do survive, around 75 per cent occur in small fragments and remain vulnerable to destruction. 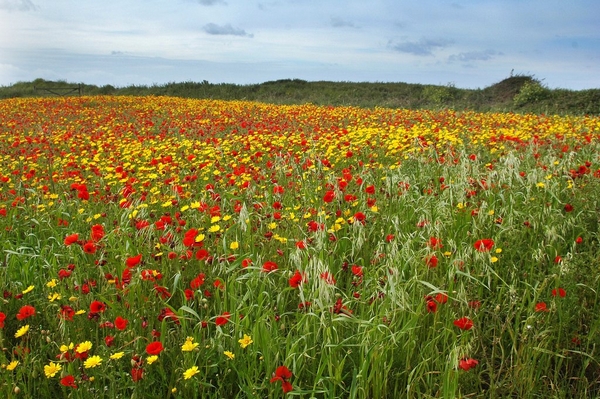 The decline and loss of meadows and species-rich grasslands is without parallel in the history of nature conservation in the UK. What had been a widespread and ubiquitous part of agriculture and people’s daily lives, disappeared altogether in the space of a single generation. Six million acres of grassland was ploughed to grow cereals during the Second World War and this started a process which would see the area of lowland meadows decline by 97 per cent in the following 40 years. Other species-rich grasslands met a similar, albeit marginally less catastrophic, fate.

Plantlife is the lead partner of Save Our Magnificent Meadows, the UK’s largest project transforming the fortunes of vanishing wildflower meadows, grasslands and wildlife. 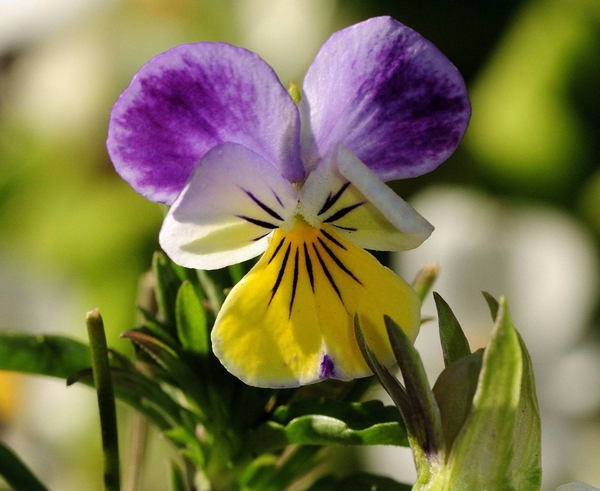