Campwell’s founder is a big believer in nature, cold water and living a simpler life. 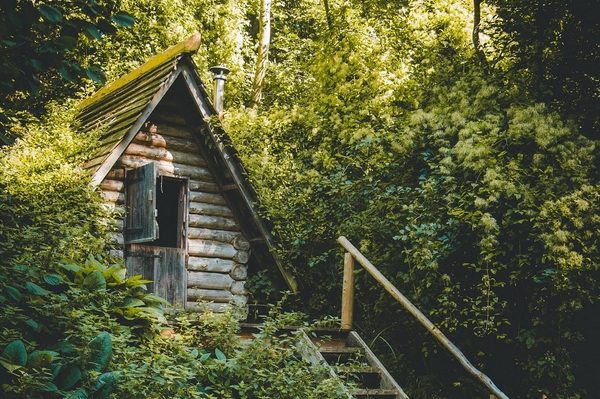 A fifth generation occupant, Tim Bowles was born and bred at Church Farm near Bradford on Avon, Wiltshire, where he established the first of two simple living off-grid ‘camps.’ Campwell is spread over two sites – Campwell Farm (originally ‘The Farm Camp’) and Campwell Woods (20 minutes’ drive away) and comprises villages of eco structures and tents.

“After university I went to London and worked in advertising for a year,” says Tim. “It didn’t suit me so I ended up persuading my girlfriend (now wife) to come to Hong Kong. My housemate had lived there and convinced us it would be awesome. I got a job in the wine trade and we had a blast for a few years but the West Country was calling us back; we missed the greenery and our family and friends.” 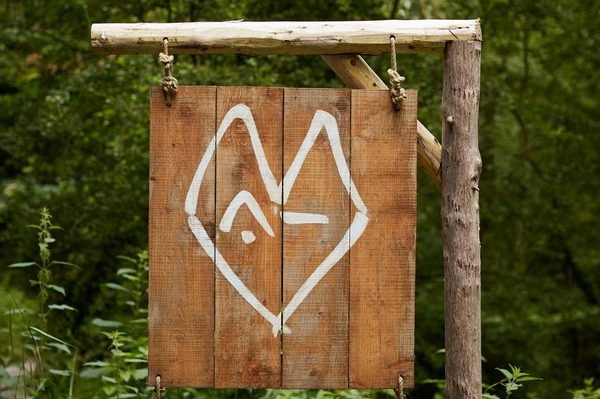 It was clear that the 130 acre sheep farm was too small to make a living from alone so the family looked at diversification options, starting with farm holiday cottages in the late 90s and then as an early adopter of glamping from 2013.

“While in Hong Kong I had been keeping an eye on the emerging industry. It seemed the UK was well ahead of the curve and I watched with interest how the likes of Fforest were establishing themselves. 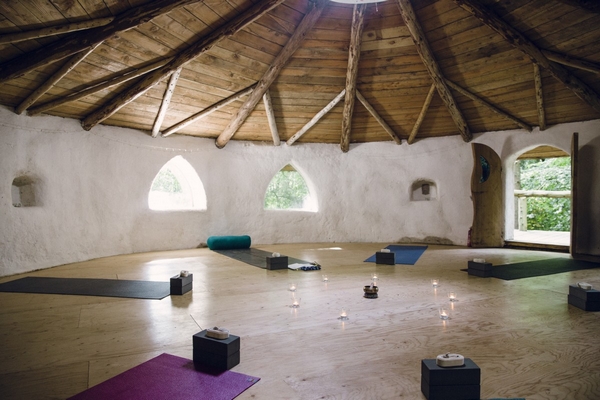 “I didn’t have a clue myself when we were setting up Campwell in 2013 and admit to a certain amount of winging it! I imagine a lot of people were in a similar situation at that time – glamping was very much still in its infancy.”

Close to both Bath and Bristol, the Campwell sites have enjoyed early and continued success offering initially a back to nature bell tent camping experience in the grounds of the farm. “I had a vision for the site having found a space surrounded by young woodland and had a very clear idea of how it could work.

“We started with three bell tents and converted garden sheds into toilets and showers. I am pretty handy DIY wise but know my limits and got carpenters and plumbers in when needed.”

The site had no mains power or sewage access and Tim explains he now considers himself an ‘off-grid specialist.’ “Solar can be a pain in the backside and my best advice is to work backwards from what you want to power and to approach a solar electrician with experience on boats or with camper van conversions. I ended up working with Bimble Solar for a lot of my kit.

“Compost loos have also been a steep learning curve. Top tips? Use wheelie bins for deposits, use urine separators and think about sealing toilet lids to reduce smells.”

Both sites use LED lights on motion sensors to minimise power consumption, USB chargers for devices and solar powered fridge/freezers from Shoreline. 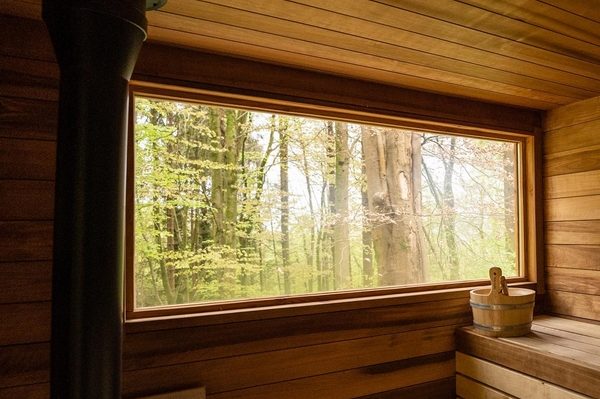 Relying on bell tents for much of his accommodation at the farm, what is Tim’s bell tent strategy? “Well that’s been quite a roller coaster in terms of learning too! Originally we would keep the tents for a season then sell them off to some very grateful people who wanted them for festivals etc. and buy new ones. But most bell tents come from China and end up in landfill fairly quickly so we tried to find a manufacturer closer to home and to maintain tents so they lasted more than a year. 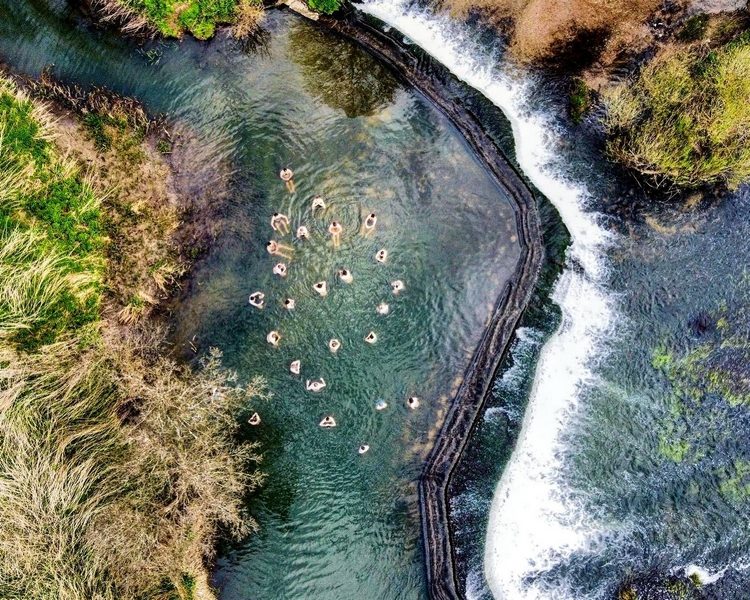 “We have had some troubles along the way with tents that have shrunk when professionally washed or acquired holes but I think we’ve hit the jackpot this year with Autentic. They are bloody expensive but the quality is there – and the colours! I’m intrigued to see how they look when we take them down in early November as a true indicator.

“Our newest structure at the farm site is Abel’s Cabin, named after my great great grandfather. It sleeps four and is constructed from local timber and some from the woodland itself. We made it moveable, building it on a tiny homes trailer from HMD Trailers.

“We do have an indoor pool available too (which is shared with the farm cottages). It is heated by wood pellets, although I don’t try to make a big deal about it and encourage guests to make use of the river that runs around the farm site or the lake in the woods.” 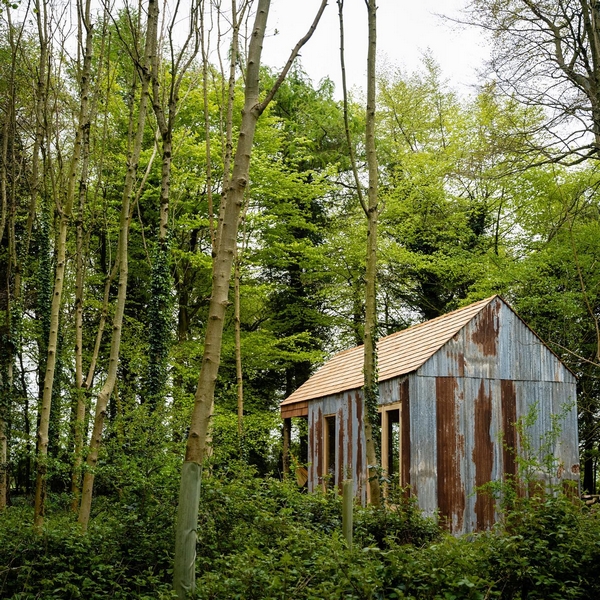 For those that want more immersive rustic builds, the Campwell Woods site features eight spaces comprising handcrafted yurts, log cabins, a shepherd’s hut and cob roundhouses with shared hot showers, composting toilets and kitchens. There is also a new woodland sauna that can take up to 10 people.

The Campwell Woods site is owned by a friend of Tim’s (a fellow Tim), Tim Gatfield. “He approached me in 2019 and asked if I wanted to rent the woods to create a second site for Campwell. We had a lot of interest from the groups market so it meant we could host two groups at the same time. 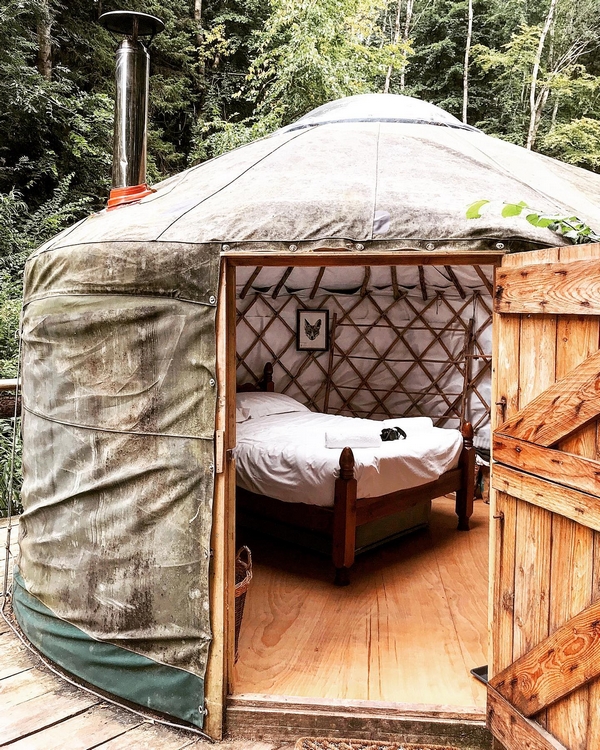 “Tim Gatfield has a long term interest in conservation, rural and craft skills and fulfilled his dream of owning his own woodland when he purchased Cherry Wood in 2005. Over the following 14 years the ‘Cherry Wood Project’ has run some 350+ green wood-working courses with nearly 3,000 students and many hundreds of school children’s activity days. Many, many volunteers have helped to restore the wood back to a coppice rotation and build the sustainable structures using materials from the wood. The adjective most used by visitors and participants alike is ‘inspirational’ and indeed many have found their time at Cherry Wood to be life changing. In 2018 it was rated in the ‘10 of the Best Creative Retreats in UK and Europe’ by the Guardian. Tim now splits his time between Cherry Wood and Devon to be with his kids.”

The new Tim now runs the Cherry Wood site as Campwell Woods with a very similar low-impact ethos so it remains largely unchanged. 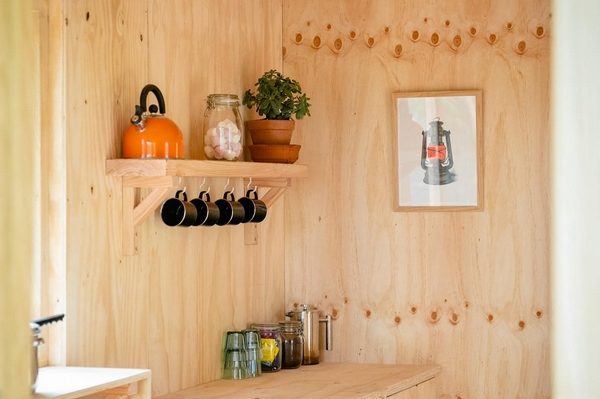 Wellness wonders
The Campwell ethos is built around a return to nature and wellness, and makes use of a woodland sauna and outdoor bath at the Woods site. “Before I took it over, it was known for visitors to light fires under outdoor baths for makeshift ‘hot tubs’ but my insurance company didn’t like that idea one bit! We offer outdoor cold baths now – a perfect partner to our new sauna.”

Physical and mental wellness is a passion of Tim’s and he has reached out to the local community and co-founded a men’s wellness group called Ice Breakers. “It gives me my nature fix and ‘bro time’. We do regular cold water swims, retreats, cooking over fire and qi gong. It appeals to the male hunter/gatherer nature and the camaraderie aspect missing in so many men’s lives today unless they are part of a sports team or similar.” 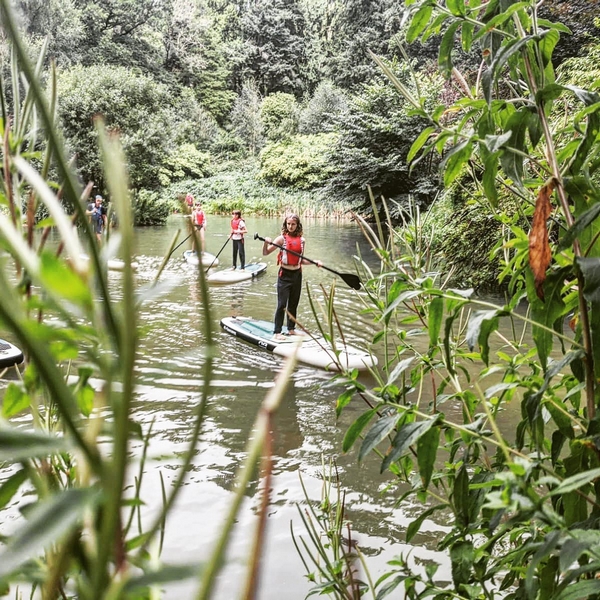 As well as all the mental health benefits a group like this achieves, the physical health element is significant too. “Wim Hof is trending right now but he really does make a lot of sense. The cold water thing is scientific fact – it improves circulation, deepens your sleep, spikes your energy levels and reduces inflammation.”

Tim makes a very interesting point about why people are finding back to basics get aways more and more appealing. “I think we have got it very wrong in the modern world, climbing for comfort all the time. I think we need to be cautious of too much luxury and the reliance on modern conveniences – there is so much more to experience in the process of simple living, and this is where fulfilment and happiness lies.

“Take cooking – we encourage guests to cook on rocket stoves or firepit grills. They have to think about what they are doing, how much fuel they use and it makes that meal so much more enjoyable. I feel the same way about making a hot drink. There is a ceremony and mindfulness in making a cup of tea in a teapot, waiting for the brew, or coffee on a stove top rather than with a pod and a button.” 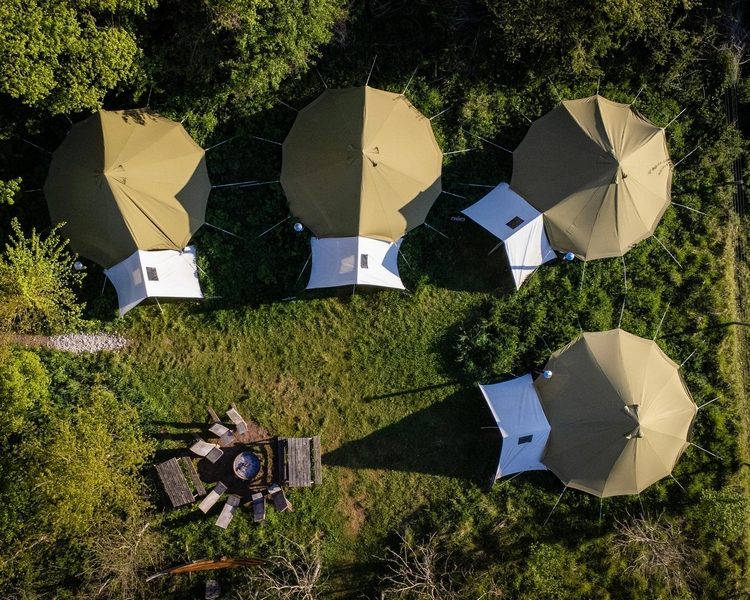 Messaging
We try not to discriminate in our marketing communication – we welcome all humans! I guess we just try and put out there that Campwell is a place to rewild yourself – we are certainly at the ‘wilder’ end of the spectrum, and appeal to the adventurist. We make use of a lot of marketing channels and have an excellent marketeer who gets our Instagram working for us and we also do a fortnightly mailer.

“We are good at picking up mainstream press too, probably through our social media content.” 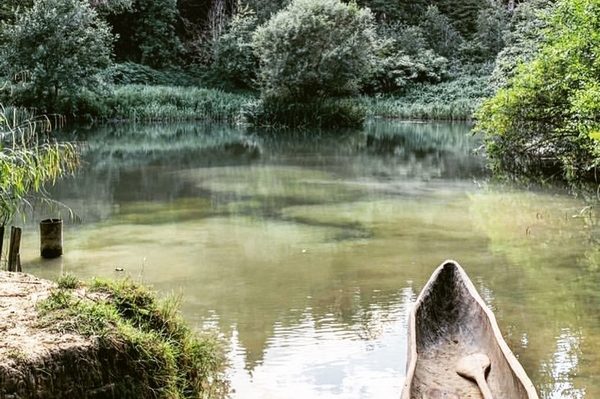 Tim reports that online listings are less effective than they have been, “but they are useful to fill gaps here and there. Our weekends don’t struggle and we are around 95%+ booked.”

The biggest challenge Campwell has faced in its history has been planning. “It cost a fortune and access was the major stumbling block with Highways not permitting use of country lanes. I have heard that 80% of rural planning applications fail due to access. It took us two and a half years but we used a consultant and got there in the end. Things are more straightforward now – my grandfather used to say that it is often better to seek forgiveness than ask permission!”

Looking forwards, Tim has some ambitious plans. “I have a dream for a Campwell Coast, and even maybe a Campwell Alps one day, but with two very young children I currently spend as much time as I can with them, walking the dog and leading Ice Breakers. I try to work a four day week and thanks to my awesome team, who have really come into their own this year, this has been more possible.” 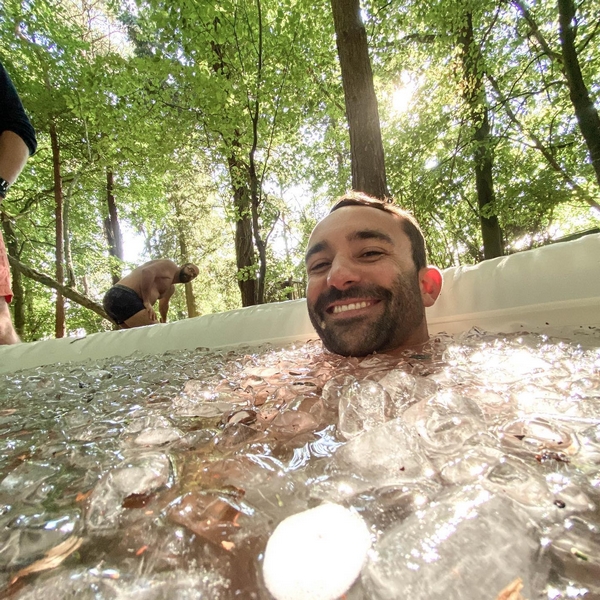