Owned and organised by father and son team comprising Maurice and Danny Bacon, the Loxwood Joust recreates the 15th Century in a field in Sussex over two weekend events in August. Open Air Business talks to Danny about the challenges and how the event has taken on a life of its own. 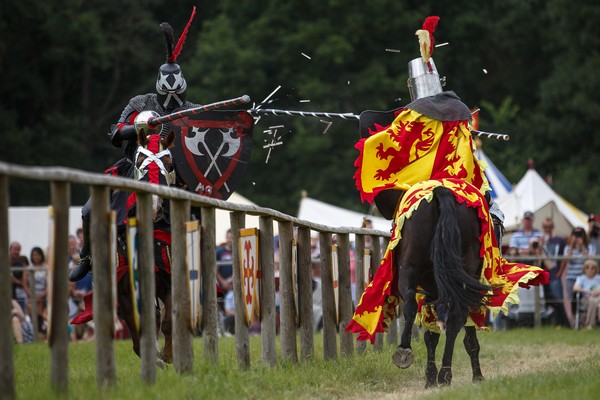 Describe your event and how many people it attracts
The Loxwood Joust is the most spectacular medieval festival in the realm. A family event, you step back into the 15th Century for a fun and educational day out experiencing the sounds and smells of medieval life. We have hundreds of re-enactors and characters who interact with the public, sharing their vast knowledge of all things medieval. Visitors experience an unrivalled programme of medieval mayhem, which includes full contact jousting, thunderous battles with fully armoured knights, music concerts by the Mediaeval Baebes, falconry, a medieval market, living history camp, the learning zones with talks on medieval life, wandering minstrels, jesters and witches. You can sup fine ales and mead and feast on local organic fayre, even the little ones can enjoy their very own children’s kingdom.

The festival is now in its sixth year, and has grown from one weekend to two consecutive weekends. Last year we attracted 12,000 people over the two weekends.

Where do you hold the event?
The Loxwood Joust is held at The Loxwood Meadow in West Sussex. We ran a very successful joust festival at Berkeley Castle in Gloucestershire for six years until the 2007 flooding wiped out the site, which meant we had to find a new home. We spent three and a half years looking for the perfect site and eventually found and purchased the 30-acre meadow and woodland site.

What is the event’s history and what made you decide to run it?
The event ran for six years between 2002 and 2007 at Berkeley Castle, and then started up again in 2012 at Loxwood Meadow. My father Maurice also manages the Mediaeval Baebes (a medieval choir) and, having booked them to perform at renaissance festivals in the USA, was looking for a medieval festival for them to perform at in the UK, but couldn’t find any big enough to stage them. He then decided to hire Berkeley Castle and put them on with some jousting and other attractions, but the whole event took on a life of its own and was hugely successful from the start. 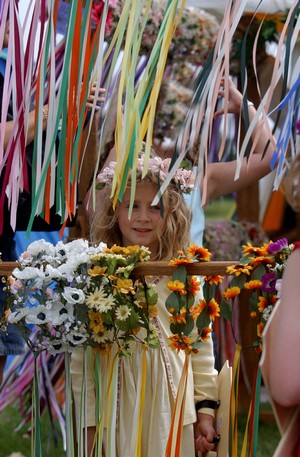 How did you find applying for permission to run the event?
We found applying for permission easy but had to obtain a premises licence, which we found very hard. We thought that a family day out event that ran from 10am until 6pm would not be controversial, but it was. We initially had some strong opposition from a few locals and a few members of the parish council, who thought that the festival would potentially be the next Glastonbury. We had to attend a licence hearing at the district council and eventually got our premises licence. But now we have run the event for a few years and people have seen how amazing it is they have no objections and we feel that the local area benefits greatly from it.

How have you planned the layout of the event and what structures do you use?
The festival is sited over three areas – two meadows and a woodland. The first meadow when you enter the event is the living history field, which is home to the re-enactors and the battlefield. On the battlefield, several displays take place including the battle and canon display. You then approach the enchanted woodland, which houses the stage, witch wood, the executioner, some traders and demonstrations. The final meadow is home to the jousting arena, which hosts several shows throughout the day, including the joust and birds of prey. On this meadow, we also have more traders, learning zones, the children’s kingdom and food.

The site plans are still drawn out by hand and a measuring wheel. I find that the most important thing to do when you first arrive on site to set up is to mark everything out. We use traditional marquees and medieval tents, making sure they are in keeping with the festival. Because we own the site we have some permanent structures, like a wooden jousting arena, royal seating pavilion as well as the wooden stage, which really helps in keeping it all medieval. 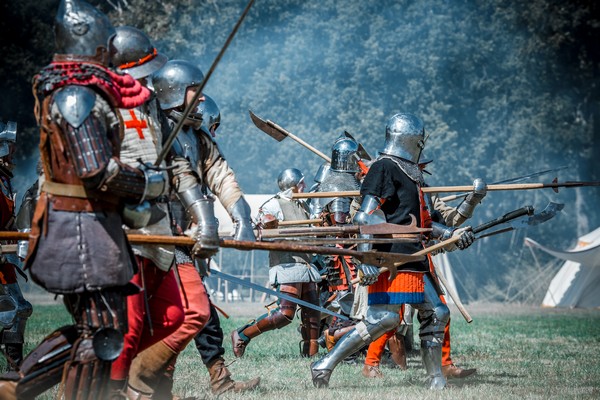 How did you research and source your marquees and other infrastructure?
Our ethos has always been to try and find and use local suppliers as much as we can. We believe that all events should help, support and benefit their local communities. With this in mind, we searched the internet to find local suppliers and also started talking and networking with local people to find what we needed. If we can’t find what we need locally we have to go further afield.

What entertainment do you offer and how did you source it?
We offer a lot of entertainment at the festival, and like to think we offer the best entertainment there is in the medieval world. We spend every opportunity going to other festivals and events to see what we can discover. Our entertainment includes jousting, battle re-enactment, canon displays, learning zones with fun educational talks, the Mediaeval Baebes, falconry, have a go archery and sword school, pelt the peasant, music, characters including Devil Stick Peat, Lancelot the Bald, The Witches, The Executioner, The Medieval Housewife, and much more. 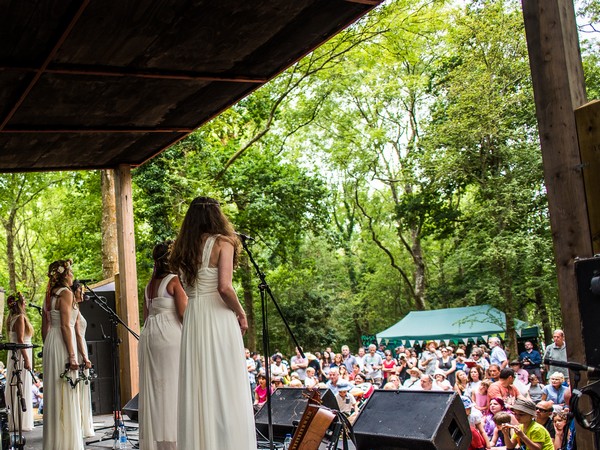 What provisions do you make for power, lights and sound?
Because the festival takes place during the day, we do not use lighting. We have to bring in temporary power as the site does not have enough power
to run the festival and use a local power company that supplies the generators, cabling and electricians. We use a sound company to provide a PA to the stage and other systems for the arenas.

How do you manage admissions and visitor safety?
Admissions and ticket sales are all done in house. Anyone involved in public events knows that visitor safety is just as important as putting on a great event. Every year we submit an event management plan to our local Safety Advisory Group, and we work very closely with them to ensure visitor safety is maintained to the highest standard. We use a professional car parking company, a security company, St John Ambulance and stewards. We have site safety plans as well as site plans, fire and general risk assessments, security plans, traffic management plans, event procedures and food and drink health and safety checks.

What ground protection do you use for cars and footfall?
We have farm tracks permanently on the site to gain access to each meadow. When it comes to event weekends, we park cars over three meadows but don’t use any temporary surfaces. We are in a bad drainage area, but we have spent a lot of money on installing land drains in two of the car park meadows which helps.

How do you publicise the event?
To publicise the festival, we use a PR company for media, a social media company for digital, put up road signs in the local area, use print advertising in local papers and magazines, and local radio advertising. We also spend a lot of time at other local events with medieval characters giving out leaflets. 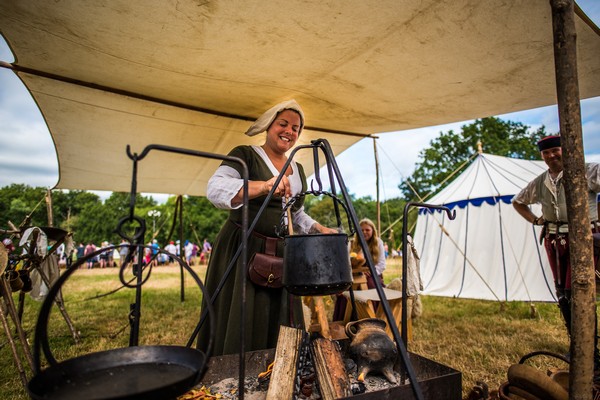 What challenges have you faced?
A massive challenge for us has been owning the site; before we would just turn up to a site that was ready for the event, but now we have to maintain it. It is farmed outside of the festival so we need to make sure it is ready again for the next event.

What are your plans for next year?
We are still growing and developing the event, and are hoping to grow again next year. We are constantly looking at ways we can improve and develop certain aspects of the festival.

What advice could you give to someone wanting to run an outdoor event?
The outdoor event industry is a very crowded place right now so do your homework, make sure that you have something unique and that you are passionate about it. Also, every year we have to make sure we stick to our budget and don’t overspend; be careful not to try and grow too quickly and make sure you naturally grow the event in accordance with audience numbers.