How former DJ and promotional vehicle builder Stephen Hammon created a quirky events empire in the ‘Heart of England’ before diversifying into glamping and office pods. 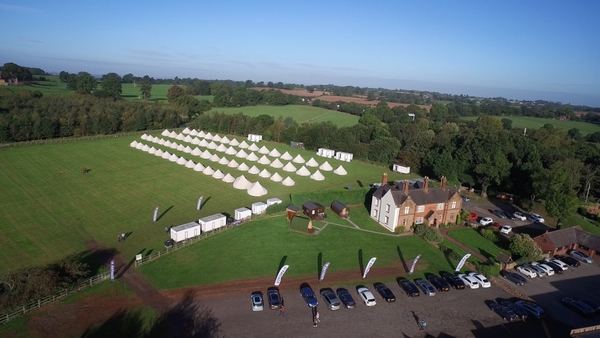 “Everything I do is about entertaining people and making them happy, and I get a lot of pleasure from it,” says Stephen Hammon, MD and owner of the Heart of England Conference and Events Centre in Warwickshire.

A former DJ of 25 years, Steve got into the production side of events through building promotional vehicles and had clients including Cadbury and Allied Domecq.

It was on the hunt for a parcel of land from which he could operate quad biking that he came across the 160 acre farm that is now home to the Heart of England Conference and Events Centre.

“It was 20 years ago and I remember sitting on the front step of the derelict 16th century farmhouse and just getting this feeling. The hairs went up on the back of my neck and I thought ‘I can do something with this place’.

Steve believes in fate. “The farm was for sale by tender so I had to guess the price but I got it. The name was a continuation of my other companies – Heart of England Roadshows and Heart of England Promotions. I lived in the nearby village of Meriden, which was once considered the centre of England.” 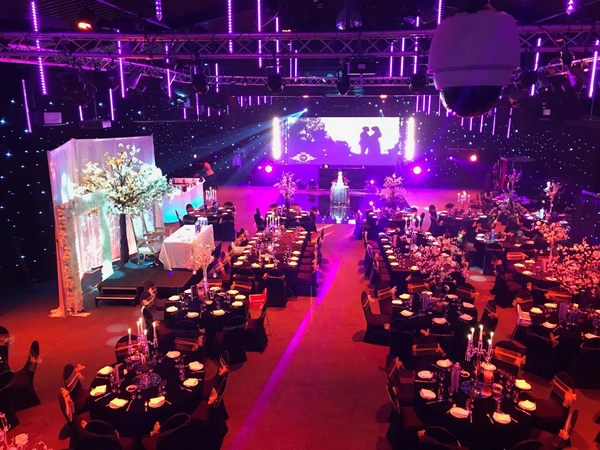 Self-made man
Steve left school with no qualifications and reports he could barely read or write. “I am proud of the fact I started from nothing and now employ over 30 people, all locals, including my daughters Frankie and Georgie. I have a computer on my desk because I think it looks good but I have no idea how it works.”

A self-made man, Steve has reinvested his own savings to create each stage of Heart of England’s development. “We got the farm into shape within six months. We tackled everything at once – the house, warehouse conference centre and the land and have since planted 300,000 trees. People said I was mad and that I would never do it but we did and our first contract was with Jaguar.” 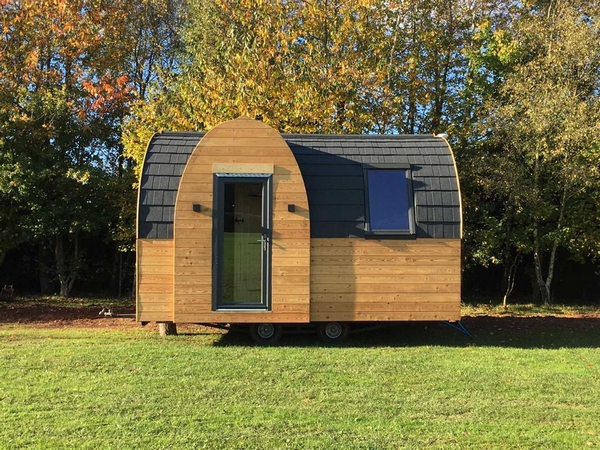 Heart of England now boasts some incredible facilities including 25,000 square feet of event space, 10 meeting/event rooms, a starlit function room with a capacity of 600, a warehouse bursting with props and hundreds of inflatable activities and games, ‘Rage’ carts, quad bikes and Power Turns, over 10 marquees (including a geodesic dome and a huge inflatable dome), and an on-site bar and grill – The Quicken Tree. All this plus 100mbs broadband with high capacity access to Wi-Fi for 512 simultaneous users. 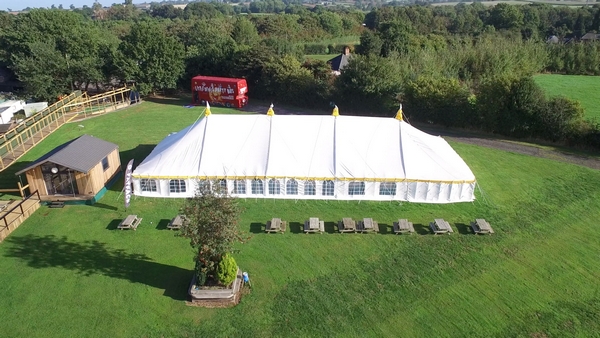 The venue also has some quirky touches including animatronic dinosaurs and a mobile conference room, and also promotes a green ethos. “We recycle all our cooking oil, have installed a reed bed sewage treatment system and have a green travel plan,” says Steve.

Steve lived in the farmhouse for a while before turning it into a seven room AA 4* B&B. After a couple of years, and with the conference and events side of the business demanding more accommodation on site, Steve looked at adding glamping. His background in building promo trailers stood him in good stead and he set about designing shepherd huts and glamping pods.

“I also designed a two storey house mounted on a trailer – it’s where I live now and has some cool features including a suspended double bed.

“Our motto is ‘nothing is impossible’ – we encourage clients and staff alike to dream big.” 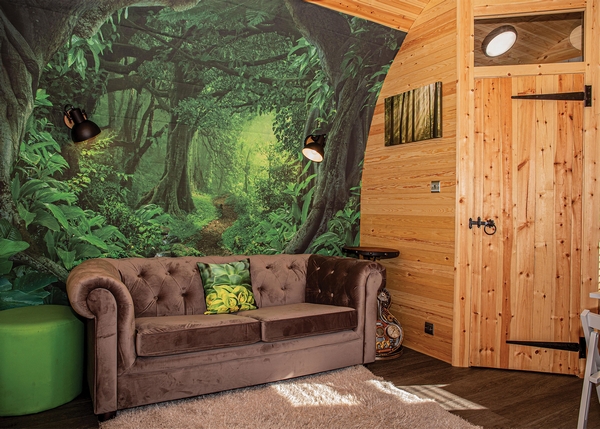 However, not all of Steve’s plans have been met with approval. “When I created the lake I decided to throw some sand down and make a beach – the irony being you couldn’t get further away from the sea in the whole of England. What started out as a bit of a gimmick turned into a major tourist attraction and literally thousands of people came.

“A government inspector ruled that the beach was in contravention of the green belt and there was a high court battle. We were forced to close it but the lake is still here. It’s very frustrating that trying to attract tourism and employ people appears to be at odds with our local authorities’ rulings on the use of green belt land.”

Not deterred by some local attitudes, Steve obtained planning permission for a 30 bed hotel, a future project, and is considering a festival.

Riding out the pandemic
Steve is currently working all hours to keep the show on the road as the venue struggles through the Covid-19 pandemic. 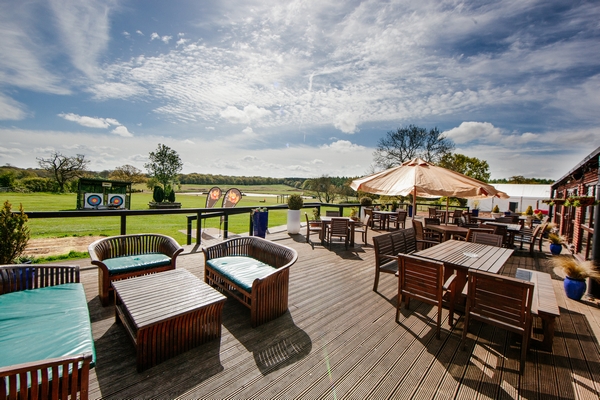 “We signed up for Eat Out to Help Out and have kept that going. We did a side job building screens for McDonalds and have furloughed some staff. We drew down the bounceback loan and are using it to invest in new opportunities the pandemic has presented, including a drive though Halloween scare attraction with 30 actors, and a drive-through Christmas experience. It would be easy if I had £300k to throw at a load of illuminations but I have to think creatively and produce something of quality on a very tight budget.”

Creativity is at the centre of everything Steve does. And he is putting his designer’s hat on again with his recent launch of Heart Pods, supplying office and accommodation pods in response to demand for staycations and working from home.

“I have always been able to spot an opportunity. The ideas just come to me and I have a ‘have a go’ attitude – I just crack on, full steam ahead. I don’t look at what the competition is doing, I like to think they follow me!” 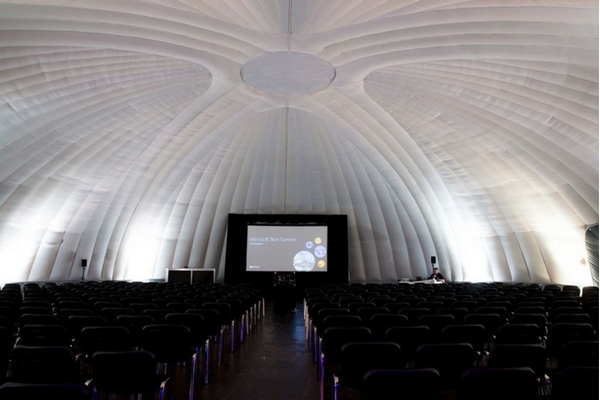 2021 looks like it is going to be one of the busiest years for the Heart of England yet. “Lots of our conferences have simply postponed until next year and we have had an increase in demand for outside events. Online is all well and good, and Zoom can be fantastic, but people are really missing face to face.

And what does Steve do to relax? “Sleep. Although I’m not sleeping very well at the moment as the business has absorbed my life and it’s exhausting. I might be the owner and manager but I was still cleaning a sink up on Saturday morning and out doing jobs on the tractor.

“It is a lifestyle, not a job. It’s like I am on a hamster wheel and it’s going faster and faster and I can’t get off! I’m going to have to sell up at some point for the sake of my sanity!” 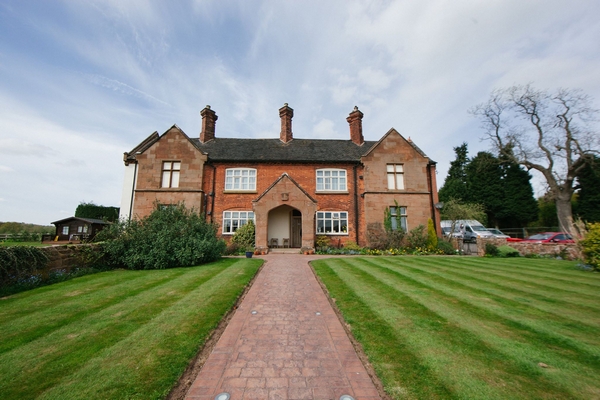 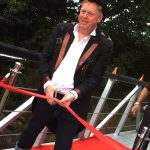