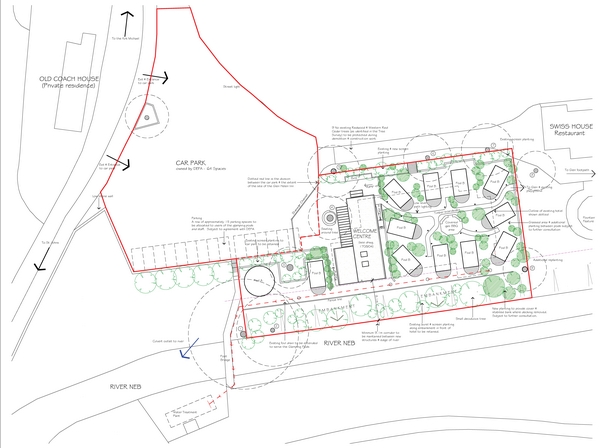 Having been out of action since 2014, the demolition of a former inn called Glen Helen on the Isle of Man will soon begin after plans for a luxurious glamping site were accepted.

The site is to undergo a considerable transformation in the coming months, with plans to demolish the current public house in favour of 12 family glamping pods, which will house four adults or two adults and three children, together with a single story welcome centre that can also double up as an events space hosting up to 60 people. The 6x4m pods are being built by Isle of Man company, James Fennel Micro Lodges, and feature en-suite bathrooms and underfloor heating, as well as being fully wheelchair accessible.

Located almost 10 miles into the famous TT motorcycle race course, the site is a focal point during race events, with a commentary point there, and it’s hoped the new glamping facilities will make it a tourist hotspot.

“Having sat unused for around four years, our aim is to create a space that fits perfectly within the Glen environment and can be used by anyone – from family getaways to events, conferences and weddings – all year round. We’re aiming to have the site open by March 2019,” said Stuart Owens of Glen Helen Glamping.