One of the three directors of Cheviot Brewery and Glamping – a microbrewery, tap bar and brand new glampsite on the Ford & Etal Estate, North Northumberland 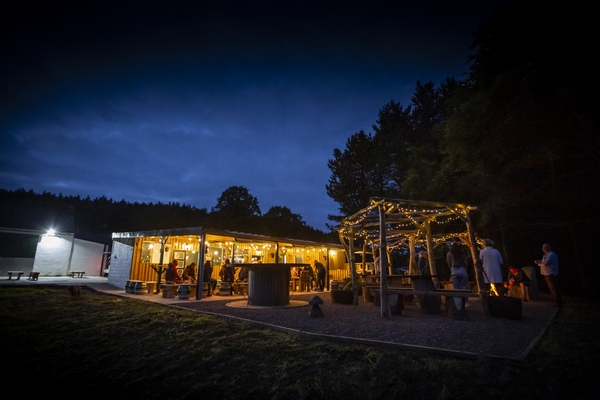 This story starts in Barcelona during the 2015 Spanish Grand Prix. Three friends – Neil Baker, Jonny Hodgson and Pete Nash are sitting in the tap bar of the Moritz brewery thinking how great it would be to run their own brewery. The difference between this and many others’ “pub talk” was that the trio actually did something about it.

Fast forward three years and the first beers were being served at a function at Barmoor Castle, Northumberland. Cheviot Brewery has now been brewing for over three years, from a formally derelict part of the Ford and Etal Estate, and is now also home to Cheviot Tap, the onsite tap bar, and a brand new glampsite, Cheviot Glamping.

“Jonny and I have been friends since our school days and had often thought about doing a project together,” says Neil. “Pete wanted a change from his career and was ready to turn his sales skills to a new enterprise – he is now our head of sales.

“After the grand plans in Barcelona, we went home to West Yorkshire and did lots of research. We heard on the grapevine that a local brewery was upgrading their kit so we bought their old equipment. They were really helpful and advised us on how the kit could be modified and upgraded to increase efficiency”. 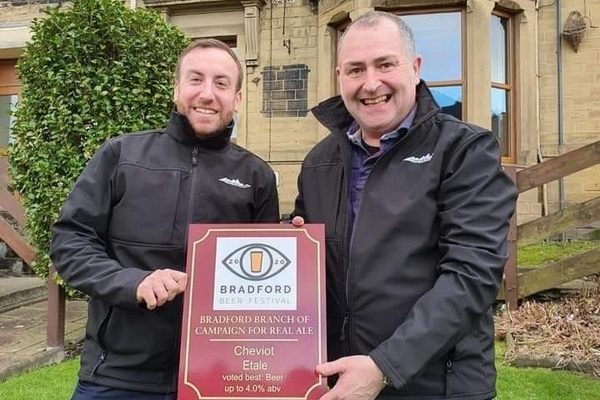 Jonny – now Cheviot’s head brewer – and Pete had done some work experience in a brewery and Pete also did an intensive course with Brewlab, a provider of brewing courses, training and analysis, where he learned about the business side of the industry. They knew what to do but needed to find a site.

“Despite us being from West Yorkshire, we chose Northumberland for the brewery’s location. Jonny’s parents lived there so he spent a fair amount of time up there with his structural engineering company being based in both the North East and Yorkshire. Pete was ready for a move and was happy to relocate. My location doesn’t matter much as my role is marketing and design so I don’t need to be on site. I am a filmmaker, animator, illustrator and co-director of creative production company Electric Egg based in Lincolnshire”. 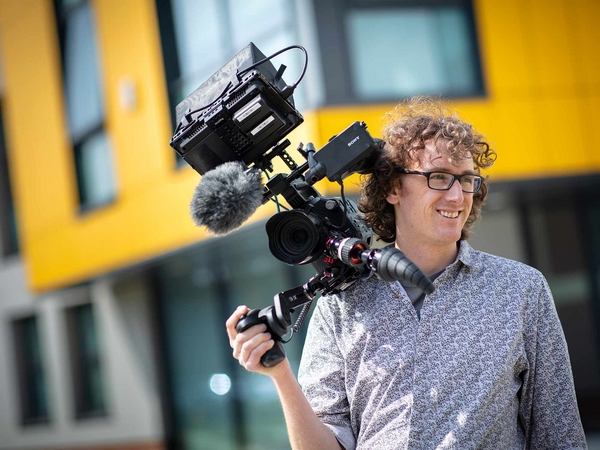 The plan
The trio created a business plan that centred around the desire to create beers that spoke of and to Northumberland, using local suppliers and inspired by the history and landscape of the area.

“It was important to get across that although we weren’t from the area, we were committed to creating a product that reflected where we were located and that was synonymous with Northumberland. The name Cheviot Brewery comes from the Cheviot Hills which span North Northumberland and the Scottish Borders. We were keen to work with the local community and reach out to groups and societies such as local rugby and cricket clubs”.

Jonny, Pete and Neil started looking for business space and contacted various landowners, eventually being introduced to the Ford and Etal Estate, which had some derelict buildings that had formerly housed the North Northumberland Hunt’s kennels.

“The estate is huge and includes multiple farms, two villages, and tourist attractions including Etal Castle, a light railway and a heavy horse centre. It is a working estate with livestock and arable agriculture but there is a great tourism economy there. The estate has been very generous to us in terms of their support and in refurbishing the buildings to get them into shape for us to take out a lease. They had great faith in us as they were essentially taking a risk on three people that, despite track records of running businesses, had not worked in the industry or the area. 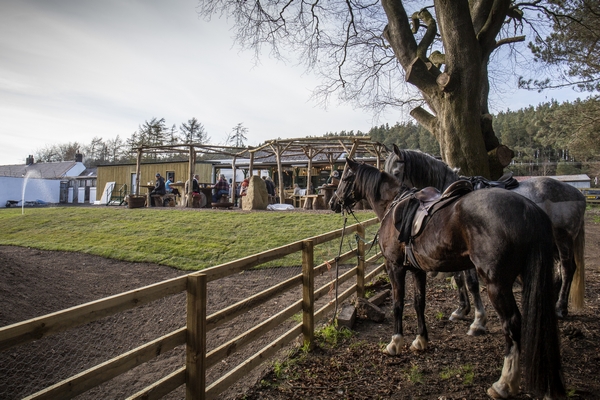 “Three years on and we are considered an asset to the estate and we now work together on the management of the local pub in the village, The Black Bull Inn. We manage it on their behalf and both the pub and our fledgling glamping enterprise are under the care of Ellie Bain. We brought Ellie in as she has extensive experience in the hospitality and holiday park industry. She has managed pubs and bars; she’s a perfect addition to the team”.

With the space secured on a 10 year lease, Jonny started to design the brewery. “Jonny is a structural engineer by trade, which proved very useful! He has been the architect of the whole site and, as he’s worked on many high profile developments and public infrastructure projects, he found spec’ing a brewery no problem! We use a partial Victorian ‘gravity drop’ model, which uses gravity to move the liquid around as much as possible. The process is very manual – we don’t just press buttons – and Jonny has used his skills to up efficiency through design and layout”. 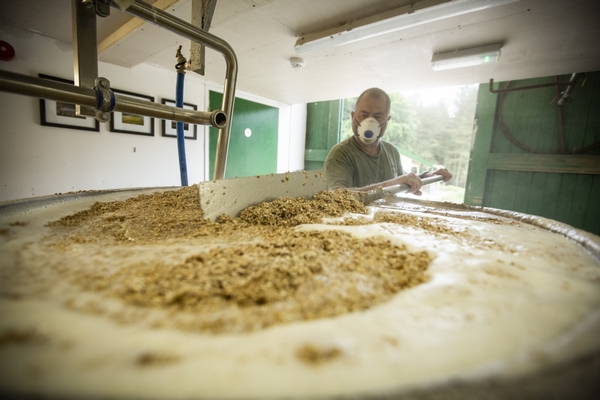 Everything was self-financed, or by loans from friends and family, and the first three beers were brewed back to back in 2018. “Cask ale takes around 10 days (dependent on the beer) from brew day to pour,” explains Neil. “Our launch to the public was an event for a caravan lodge park that was opening a new event space at Barmoor Castle. It was tight getting everything ready for that but we did it!”

A place to pour
It was always in the business’s vision to offer brewery tours and tastings, tapping into the tourist and local trade. During the first lockdown, the team built Cheviot Tap, an on-site tap bar in one of the other outbuildings on the site and now serves beer and pizza on Fridays, Saturdays and Sundays. 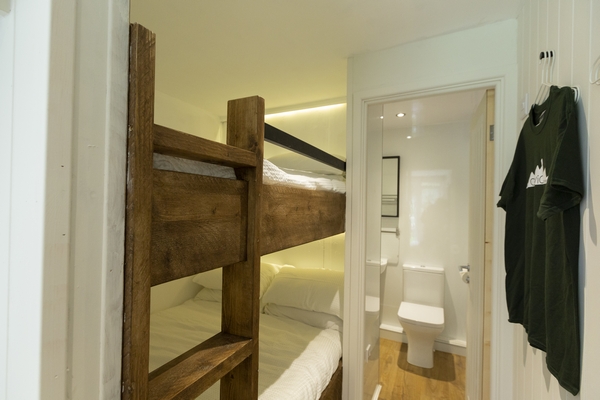 “There is a sawmill one mile down the road processing wood from the estate. We took wood from there to help build the bar, the hop pergola and some of the furniture. We had previously run tap days with marquees in the yard, borrowing tables from the local village hall, but we soon saw the value in selling beer directly to the public as well as wholesale. This was especially clear during the height of the pandemic when we were losing revenue from the pubs being closed. Selling bottles direct to the public helped to make up for the loss of cask ale sales.

“The tap bar also meant we could control standards as beer needs to be handled and stored correctly, also there’s no transport costs with the brewery being the other side of the yard. Cask sales to other pubs are still an important part of the business however, and we have lots of regular custom from some of the best pubs in the North East who know how to serve a great pint and have a loyal customer base, many of whom have become Cheviot fans.”

The tap bar doubles as an events space. “We’ve had birthdays, wedding receptions and corporate bookings. 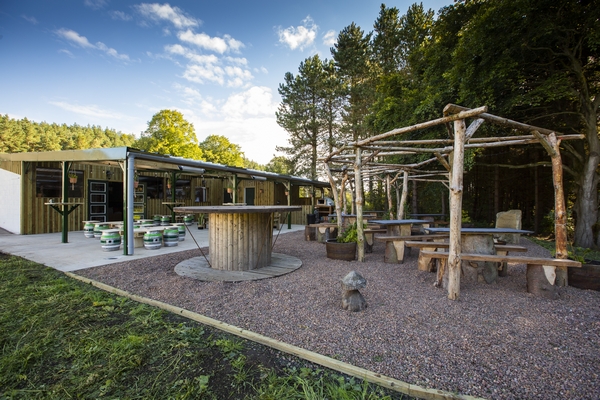 Glamping is born
The second lockdown was the perfect opportunity for more diversification. “We always had the idea of creating horizontal integration within the business; having different revenue streams make great sense. Our site includes a small field which is too small for camping at scale, but perfect for the lower numbers and higher bed-night rates of glamping.

“We opened quite late in the season with six bell tents and two pods. The pods are fabulous and a bit more than what most people think of as a pod. Jonny designed them from used shipping containers, although you wouldn’t know that from looking at them. 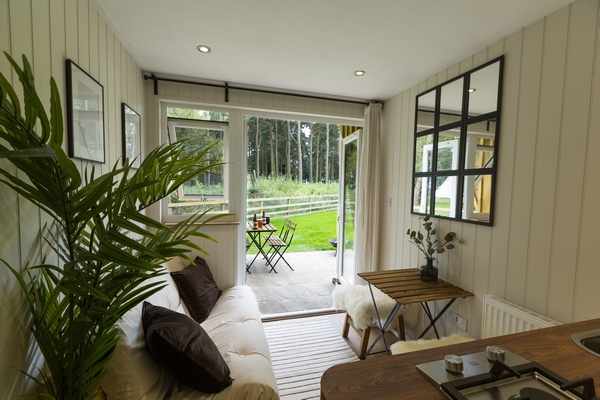 “They are clad in local wood from the sawmill down the road and have an en-suite at the back, LPG heating, a two burner stove and mini fridge. The pods can be used all year round, although we are closing the whole site during mid-week in November till April in order to install four more pods and to add some more accommodation options”.

Neil reports the excitement and anticipation of receiving the first few bookings for the new glampsite. “We hadn’t done any advertising, just trailed a bit of PR and put things on our own website and social channels. When we announced the plans for Cheviot Glamping, we set up a mailing list and by the time we were ready to launch there were hundreds of people signed up for updates. We announced the opening date and bookings being open to our mailing list first and gave them a 24 hour period in which they could book first. We had a sweep stake as to how long it would take for the first booking to come in. Ellie said an hour, the rest of us were less optimistic. It actually took just seven minutes! We ended up with 33 bookings in the first 24 hours”. 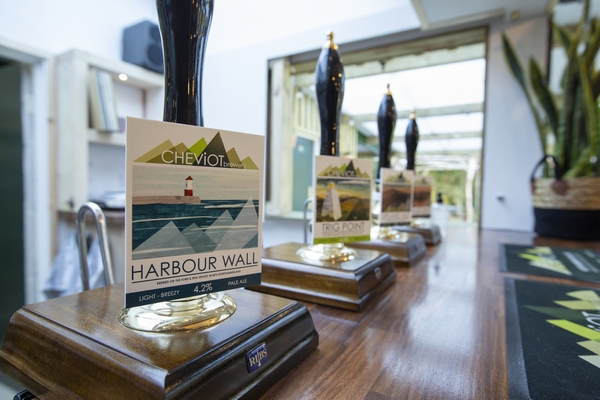 The entire Cheviot business now sustains three full time employees and plenty of part time staff in the brewery, tap bar, glampsite and pub. “At this stage all our profit is being reinvested into the next stages of our vision,” says Neil. “The potential of the glampsite alone is quite significant, and we have plans to scale it to six pods, three bell tents, two self-catering suites, and three single sleepers for hikers and cyclists”.

Another tenant on the estate has recently opened a campsite adding to the tourists staying locally. “It’s great for us, more people staying locally means more potential patrons to the tap bar and pub,” says Neil. “The great thing about the estate is that it is keen to support and nurture the economy on it; it wouldn’t put businesses together that didn’t gel – plus we have alpaca trekking as an added extra.”

Animals at the brewery are not an uncommon site, and the tap bar has become a destination venue for the local equestrian centre. “It’s not unusual to see a line of horses tied up as their riders grab a quick pint!” 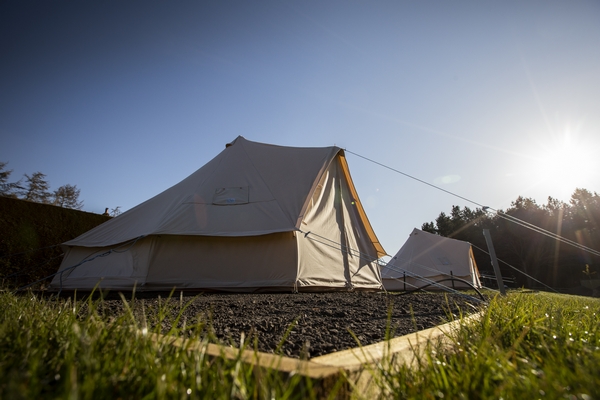