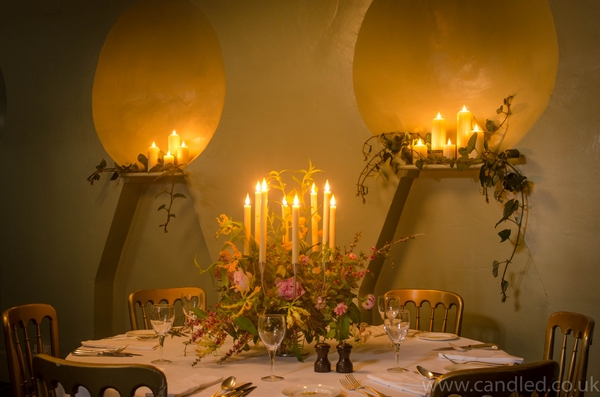 Candled’s real wax LED flameless candles were launched in 2016 and are now a feature of National Trust properties, including Arlington Court and Saltram House, where 70 candles have been installed. The company is now working with Snowshill Manor in the Cotswolds, converting chandeliers to take the LED candles and work off mains electricity.

The candles were also used at last year’s Leeds Castle Flower Festival, with the Academy of Floral Art showcasing floral arrangements to 20,000 visitors.

The Candled team is delighted with feedback, including this from the creative director of Powderham Castle, AJ Courtenay (Countess of Devon): “The sadness of not being able to allow candles following a couple of small fires is gone now and the room is back to having the look, and more importantly the candle lit feel, for which it was originally designed.” www.candled.co.uk