Philip Day, NOEA council member and partner at Laceys Solicitors, looks into how the cancellation of an event affects stakeholders and why well considered contracts are so important

The recent decision to cancel the second day of the Mutiny Festival in Portsmouth has concentrated the minds of many as to how they would react and cope with such an event. 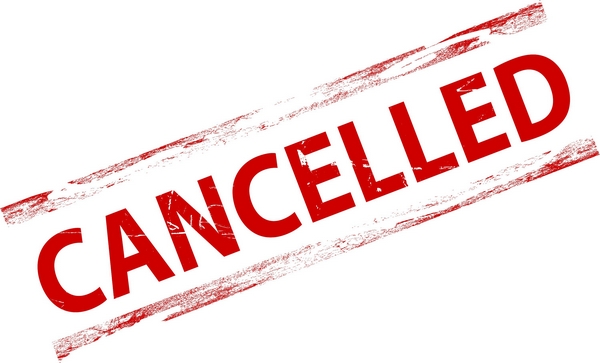 Over the last couple of years, I have unfortunately been involved with a number of outdoor music events that had to be cancelled at short notice. In each of the cases that I dealt with, the problem was directly associated with licensing issues, largely because the organisers had left it far too late to make the necessary applications and to prepare all the documentation that is essential for any event of a significant size.

In these cases, the organisers failed to secure an appropriate Premises Licence and had no choice but to call the event off. In other cases, cancellation resulted from the insolvency of the promoter.

There are of course occasions when cancellation is forced upon the organiser for reasons entirely beyond their control, most frequently adverse weather conditions or a sudden illness (or even the death) of a star performer. In some respects, the reason for a cancellation is irrelevant – people will feel let down and disappointed and many will end up out of pocket regardless, but in terms of managing (and, more importantly, planning) for what some regard as unthinkable (and chose to ignore), the “why did that happen?” is crucial.

Probably the best example of that is cancellation due to adverse weather for the simple reason that it is possible to insure against such an eventuality. The same applies to cancellation due to unavailability of the star performer at a planned concert. However, many promoters consider that the cost of insurance is prohibitive and don’t bother, and even those who do bother will find it impossible to obtain cover that compensates all those affected for every penny that they have lost.

In financial terms, one needs to consider the position of the following categories of stakeholder:

Ticket holders
Most festivals rely on advance ticket sales to finance expenses incurred before the event takes place, including (but by no means limited to) the cost of advertising and promoting the event, and paying deposits to suppliers and performers.

Tickets are sometimes sold direct by the promoters but more often than not, a third party agency is employed to sell tickets. The rights of the ticket buyer depends in part on who they bought the ticket from and how they paid for it. Some promoters try and write in the small print that there will be no refunds in the event of cancellation, but in legal terms it is difficult to write such a condition in a manner that can be relied upon – not least because the buyer will usually be a consumer and protected from “unfair contract terms”. Those who paid by credit card or through PayPal have a right to claim their money back from the credit card company but inevitably, those companies have the right to make their own claim against the promoter/organiser of the event.

No matter how they paid for their tickets, the hapless would be event-goer will find it well-nigh impossible to obtain compensation for things like train or coach tickets bought in advance.

One increasingly common “solution” is for the promoter to make arrangements to re-schedule their own event or to make an arrangement with another event organiser who agrees to accept and honour (without further payment) tickets sold for the cancelled event at a different (but similar) event. Why do this? In short, it increases footfall at an event that might otherwise be undersubscribed and allows the second promoter to profit from spend during the event by those additional attendees.

Performers
It may seem obvious that, if a cancellation is caused by the absence of a performer, he or she is not entitled to be paid and should be liable for any consequential losses arising as a result. That however may not be the case as it all depends on the terms of the contract between the promoter and the performer. The protection afforded to consumers against unfair contract terms will not apply and most “star acts” will have employed a small army of agents and lawyers to ensure that their liability in the event of a cancellation is strictly limited. The message is to carefully consider and negotiate contract terms so that all concerned are clear about the consequences of cancellation.

Suppliers
Most suppliers will have their own standard forms of contract. Again, as the customer will be the event promoter, it is important to consider the small print and, despite the “take it or leave it” attitude of many, the rule is that nothing is non-negotiable and the message again is to carefully consider contract terms.

Landowners
It is common to find that agreements between organisers and landowners, particularly in the early years of an event, are based on little more than a handshake. Sooner or later, one or other party realises that it might be an idea to have something in writing but it is not uncommon to find such agreements written “on the back of a fag packet”. The absence of a properly thought out written agreement will inevitably cause disputes in the event of cancellation, particularly if that arises from an “Act of God” such as adverse weather conditions. However, the starting point would usually be that the landowner is entitled to his/her/its “rent” (licence fee) unless the reason for cancellation is clearly a consequence of the fault of the landowner, unless the contrary is clearly spelt out in a written agreement.

Concession/stall holders
The position here is very much under the control of the promoter/organiser as it is he/she or it that determines the terms upon which concessions are granted, but yet again it is frequently the case that either no written agreement exists or that the agreement simply deals with the question of fees, profit sharing and dates of payment – cancellation clauses are frequently overlooked. In the absence of anything specific to the contrary, a concession/stall holder would be entitled to repayment of any deposit or fee paid as well as any losses or expenses incurred directly as a result of cancellation. However, it is extremely difficult for a concession holder to claim a loss of profit (although a claim for loss of opportunity to make a profit might succeed, resulting in a relatively small award of damages).

If an event is cancelled mid-way through, the position becomes far more complicated and that underlines the desirability of a properly drafted agreement.

Promoters and investors
Ultimately, this is where the buck will almost inevitably stop, particularly with regard to refunding advance ticket sales. It is often the case that advertising and promotional material (including in particular websites) do not make it clear who the promoter actually is. I frequently find myself asking the question “who/what exactly is my client here?” and those dealing with event organisers might easily find themselves in the same situation, knowing full well that they have a claim but in considerable doubt about who the claim should be made against.

Hiding the true identity of the organiser might be a ploy deployed to avoid claims but it is illegal and ultimately, the individuals who have been dealing with suppliers etc. may well find themselves on the receiving end of claims, even if the true position is that they are not actually responsible.

It is far better to be completely upfront about the contracting parties. Organisers and promoters can provide themselves with a considerable degree of protection by forming either a limited company or limited liability partnership (LLP) to be the contracting party with all concerned. Some suppliers (and lenders) will require personal guarantees from directors, particularly if the LLP or company is a new one with no track record of successful trading, but at least if everything does go disastrously wrong, the liabilities and losses of the individuals concerned will be restricted to their investment in the business and the extent of any such guarantees.

A final note or warning – in certain circumstances, directors can be held personally (and criminally) liable for, among other things, fraud and obtaining by deception. Selling tickets for an event that does not at that time have the necessary consents and licences, without making it clear in promotional material that that is the case, is an extremely risky thing to do.

To learn more about the National Outdoor Events Association (NOEA), search for a quality event supplier, or join its membership, please visit noea.org.uk or contact Susan Tanner – 01749 674 531 / susan@NOEA.org.uk
For more information on the NOEA Annual Convention on 22 November, visit noea.org.uk/annual-convention