In August, one of the country’s largest gatherings of military re-enactors will descend on Spetchley Gardens for the 10th year in a row.

The picturesque garden and parkland at Spetchley Park is set in acres of beautiful Worcestershire countryside, just three miles from the centre of Worcester. This August re-enactors from all over the country will congregate for a historic spectacular bringing to life over 2,000 years of history, with living history camps, battles and displays. Organisers Brian Bullock and Henry Berkeley talk to Open Air Business. 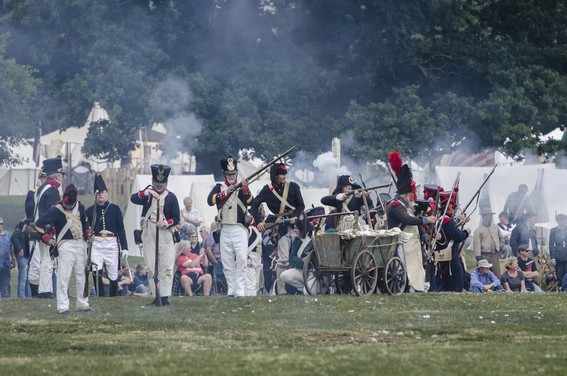 Describe your event and how many people it attracts?
The M5 event is a multi-period living history event. We have re-enactors, individuals and groups that portray periods in history from the ancient Greeks through to the Second World War. There are living history camps from different periods, demonstrating crafts and daily life. There are also drill displays and skirmishes each day in the main arena. We attract both history buffs and families. Children love seeing the re-enactors, the weapons and the action as it really brings history alive for them.

What is M5’s history and how was it conceived?
The seed was sown by a group of Worcester re-enactors while chatting in the pub about re-enactment in general. Originally we planned a one-day activity at the beginning of October, which was meant as an end of season event to enable re-enactors to get together, relax and talk to visitors at Spetchley. However, even before we ran the first event in 2007, enough re-enactor friends from different periods wanted to come along to make it a weekend event. It was still to be relaxed, but activities were organised and programmed for the public with living history camps, drill displays and even a skirmish. This year the show, originally named ‘Armoured Picnic,’ will have been running for 10 years. 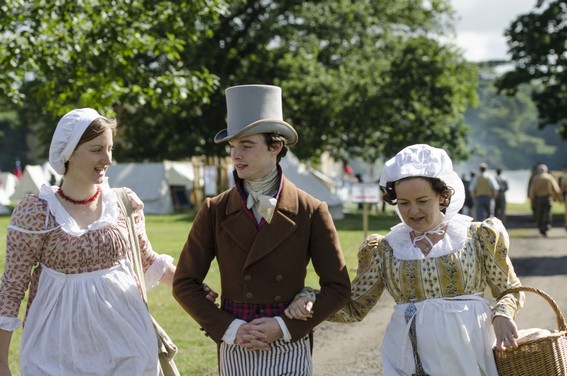 For the first few events there were about 200 re-enactors, but as it grew in popularity we brought it forward into August to attract more public visitors. Visitor numbers are now around 2,000 and growing each year. There are about 900 re-enactors, with a good number of them attending year after year and then telling their friends and other groups.

How does the partnership with the Spetchley Estate work?
Worcester Re-enactors put the idea of the ‘Armoured Picnic,’ as the show was then called, to Henry Berkeley of the Spetchley Estate, the plan being that the event could be organised in partnership with Spetchley. After Henry put it to the Trustees of the Berkeley Settlement, the show was born. There have been no compromises as all aspects have been discussed and mutual agreement reached. We split the admissions down the middle after the operational costs of the show are deducted such as water supply, toilet hire, first aid, waste skip hire, publicity, and firewood and gunpowder for the re-enactments.

As the Spetchley Estate holds events itself the licenses are taken care of. There is a temporary license for the beer tent.

How have you planned the layout of the event?
The layout of the event for living history is dictated by what groups or periods book in. We now have a good size trader’s area plus three display arenas – the main arena for skirmishes and then two smaller arenas for displays such as ‘skills at arms’, a multi period fashion show, dance displays, etc. Structures are all tentage – the re-enactors and traders tend to bring their own. 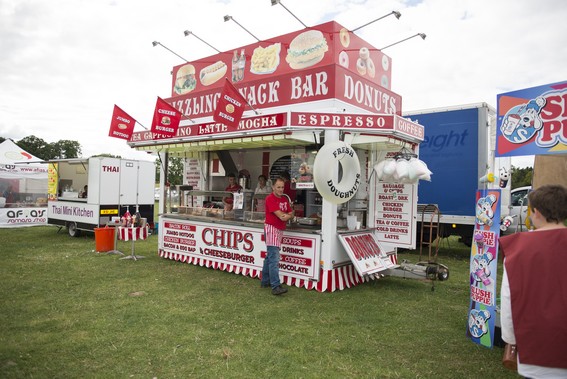 How did you source your marquees?
Worcester Re-enactors have one smallish marquee plus a larger one we hire for the show entrance. All others come with the traders or re-enactors taking part in the event as part of their living history.

What entertainment do you offer?
Entertainment is the show itself; re-enactors in camp, living the period, displays, skirmishes and demonstrations.

What provisions do you make for power, light and sound?
The show is a daytime event and as such we have no need for lighting. This year the sound is being provided by Amplified Sound Ltd, which has its own power generators. The caterers have their own power supply too.

What about ground protection?
We don’t use any ground protection as the venue is well set up for visitors with space for car parking. However, we do try to minimise damage to the lawns from fire pits. Rather than raising the fires off the ground, which can still scorch the grass, we remove the turf and lay the fires on the bare earth. We replace the turf at the end of the weekend and this seems to work well.

How do you manage admissions and visitor safety?
The admissions are dealt with by Spetchley staff who take the entrance fees from the public. Visitor safety is always important and each of the groups have their own precautions for visitors in relation to the camps and know to keep fire, weapons and anything sharp that could cause injury out of reach unless strictly supervised. We also put up numerous signs around the site warning of any dangerous / restricted areas. 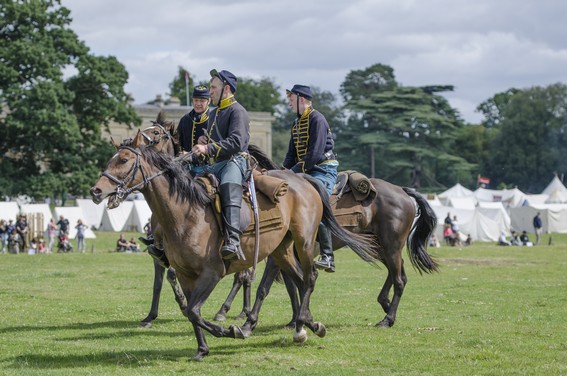 We don’t provide any money to the re-enactors, who do the event voluntarily. However, we do contribute to the gunpowder for those that fire muskets. We have a powder store onsite with a powder master who issues powder in and out. He also deals with the police and makes sure all the required licenses are in place. The store is also guarded by three people throughout the weekend.

We hold an overall briefing on the Friday evening that covers the programme of events and health and safety issues. Each group has to provide its own insurance, including public liability of up to £5m, and risk assessments in advance of the show.

How do you publicise the event?
Wherever and however we can. We use posters, flyers, websites, Facebook, Twitter, local press and local radio. Re-enactors also promote at other events that they attend and we put on one day activities to promote the show. We also pamphlet Worcester city centre the week before the show and other re-enactors visit other towns in the area, all in period costume

What challenges have you faced?
The weather – sunshine is never guaranteed! We also try to keep the show relaxed, but this can be a challenge when you are providing a timed programme. Obviously we want to keep the public, traders, re-enactors and Spetchley staff happy. In order for that to happen we need to organise the groups attending – getting their information and confirming numbers can be difficult. Organising re-enactors and getting a firm commitment months in advance has been referred to as ‘like herding cats.’ 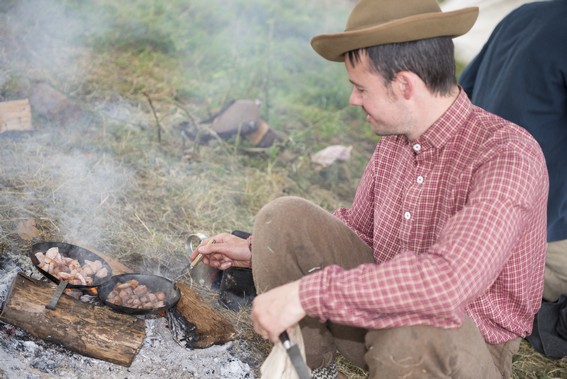 What are your plans for next year?
Our immediate plan is to get through this year! We are already looking at next year, and with the help of Worcestershire Ambassadors we are looking at what else can be done to promote and market the show to increase footfall. With this comes more income, which we then put back into it to make a better show the following year. It was never intended to be a profit making business. Any profits go back into improving the show facilities for the re-enactors who participate in the show and the paying visitors. However, it does need to make a profit for the Spetchley Estate, and to be a viable / sustainable activity.

What other outdoor hospitality sectors does the Spetchley Estate operate in?
The Spetchley Estate is also used for weddings and holds an annual Specialist Plant Fair. It also has a pleasure garden for people to walk around and relax in.