Events to celebrate the best of Ludlow and the Welsh Marches

Designed as a way to bring attention to Ludlow’s producers, shops and restaurants, three events attract a combined audience of nearly 30,000. The Ludlow Food Festival itself set the trend for foodie events, renowned as being first of its kind when it launched in 1995. We talk to events manager Hannah Mackley. 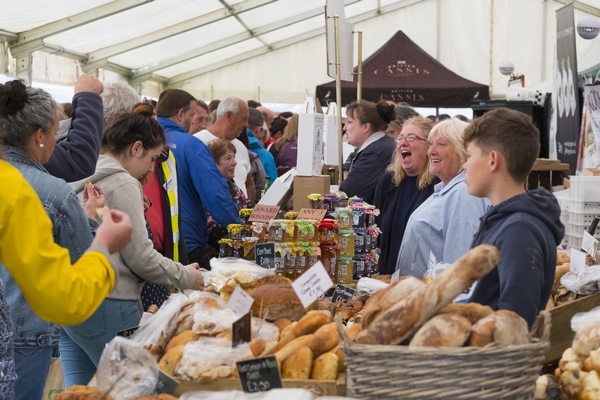 Describe your events and how many people they attract
We run three events – the Ludlow Spring Festival is an extravaganza of beer, food and cars attracting around 8,000 visitors; the Magnalonga is a countryside walk with stops for food and drink along the way, limited to 700 participants; and the Ludlow Food Festival, the UK’s first food festival, has around 20,000 visitors

Explain a bit about your venue and its history
Ludlow is one of the UK’s prettiest medieval market towns. The Spring Festival and Food Festival are primarily held within the walls of the ruined Norman castle, Ludlow Castle, and at various locations around the town.

The Magnalonga starts from various locations in and around Ludlow and meanders through the Shropshire countryside, with walkers often having access to private land not normally open to the general public.

How did the events come about?
In 1995, some members of Ludlow and District Chamber of Trade and Commerce came up with a number of ideas to help boost the business image of Ludlow and the surrounding area. The main idea was to create a festival that would both promote the area’s small food and drink producers and encourage visitors to explore Ludlow’s fascinating shops, restaurants and pubs. In 1995 this was a novel idea, which, it was freely admitted, was done “just to see what happened”.

How does the relationship work with the venue you hold the events at?
The venue is crucial for the unique atmosphere of the Spring and Food festivals. We could move it to other locations to increase our visitor numbers but it wouldn’t be the magical backdrop that it is. We work closely with the trustees of Ludlow Castle and have an excellent relationship with them. 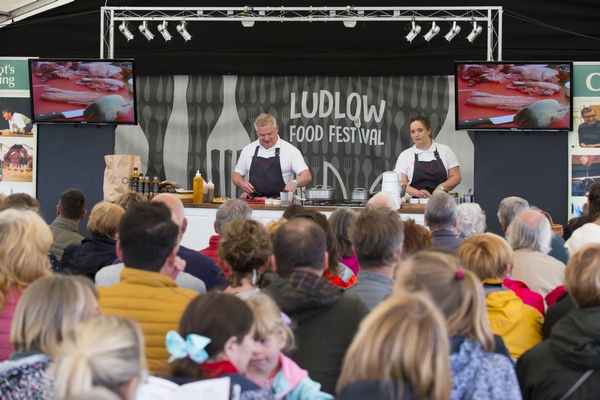 How have you planned the layout of the events and what structures do you use?
Each year we re-look at our layouts to check that they still serve the purpose of the particular events and adjust where required dependent upon the festivals’ content for that year. Our layout is limited by the very nature of it being held in the grounds of a castle – we can’t expand the space we have, so we have to use it as efficiently as possible. Every corner of the castle is used!

The Spring Festival has a large marquee to house the ‘Festival Pub’ where over 200 real ales are served as part of the SIBA Wales and West competition. There is also live music here as well as some of the hot food vendors and a few exhibitors. The majority of the exhibitors are housed under smaller 3m x 3m sections under runs of open-sided marquees; with vendors largely bringing their own coverings or vehicles to serve from.

The Food Festival has three runs of (roughly) 6m x 24m open-sided marquees to give a street-like feel; then there are other runs of 3m x 3m marquees throughout the site. We have three demo stages (two traditional, and one fire stage where the chefs cook on open fires) as well as tents for other talks and masterclasses. These are held in the ruins of the castle – the castle has no roof so each structure has to be brought in.

Structures used are a mixture of both hired and purchased; they include marquees – generally open fronted with half sides, but some Chinese hats too. Staging is generally raised board flooring with carpet and screens. We hire trestle tables and picnic tables, chairs, toilets, PA systems, lighting, signage, and more… The Castle is essentially a blank canvas so all facilities have to be brought in.

How did you research and source your marquees, flooring, bars etc?
We have worked mainly with local companies over the years, some of whom are specific to our event due to the limited access into the castle itself. The event is held on grass so the need for flooring is limited; we have had to hire tracking only once in the past.

What entertainment do you offer and how did you choose and source it?
We have a really wide variety of entertainment from live music to children’s cookery. Having run the event for 24 years we have a great contact book and know what works for our events. However, we are always looking for new attractions that relate to our particular events. We also keep an eye on what’s happening locally – bands and other entertainers will often get in touch directly too. 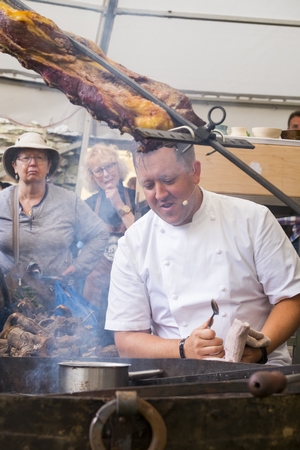 What provisions do you make for power, lights and sound?
We outsource the majority of the trades – so electricians, an IT company and PA system supplier work within the castle grounds in the run up to the festivals to provide the infrastructure of power, light, sound and the internet to aspects like the tills, stages and exhibitors.

How do you manage admissions and visitor safety?
We have a clear system as people enter the castle, with lanes for people who have purchased in advance and others for people buying on the gate.

We have an SIA security team, as well as a dedicated health and safety team, during and after the festival to make sure everyone has a great time. We have worked with both for years; they know the events well and we have an excellent relationship with them.

What ground protection do you use for cars and footfall?
Should the ground become extremely wet and sodden certain areas will be covered by carpeting and cars are not allowed on site for unloading/loading. We overcome this situation by using flat bed trolleys to move stocks and equipment from outside the castle itself. We have only once had to hire in road tracking.

How do you publicise the events?
We use social media, local advertising, printed programmes and a magazine distributed locally and online. We also attend the BBC Good Food shows twice a year, where there is a dedicated Ludlow Food Festival Producers area. We’re also lucky to have many friends and advocates of the festivals, whether they are local producers or chefs that are appearing or have appeared – they all help spread the word. 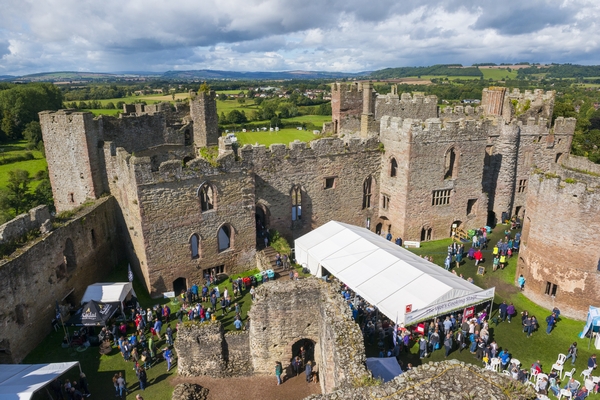 What challenges have you faced?
Weather – like all outdoor events the weather is a challenge. Competition is also rife; when we started we were the first and now there is at least one food orientated event most weeks of the year.

How have you financed the events and how profitable are they?
As not for profit events, financing is mainly from ticket sales, some sponsorship and exhibitor sales. Should a surplus be achieved this is reviewed and largely given to charitable food and drink related causes at a local level.

What are your plans for next year?
To celebrate our 25th Ludlow Food Festival Anniversary! We are already planning our anniversary events.

What are you most proud of?
24 years on we remain true to the Ludlow Food Festival’s original ethos to support the local independent food and drink producers and suppliers from Ludlow and across the Welsh Marches.

What advice could you give to someone coming into the outdoor event industry?
Do your homework before you launch the event
Don’t be afraid to start small and grow visitor numbers
Speak to other events – most are happy to share their experiences
Keep reinventing yourself to be relevant and fresh every year
Take security seriously
You will always need more toilets than you think! 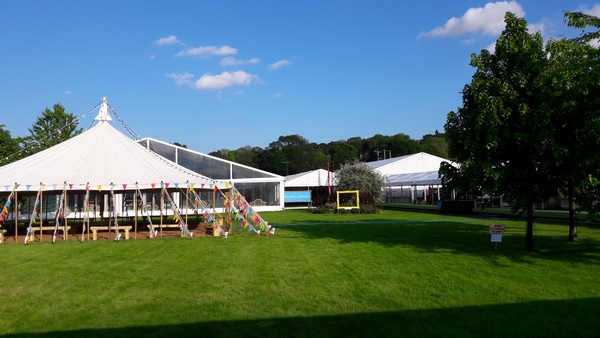