Light Up Trails’ executive producer Libby Battaglia takes us behind the scenes of Christmas at Cowdray. 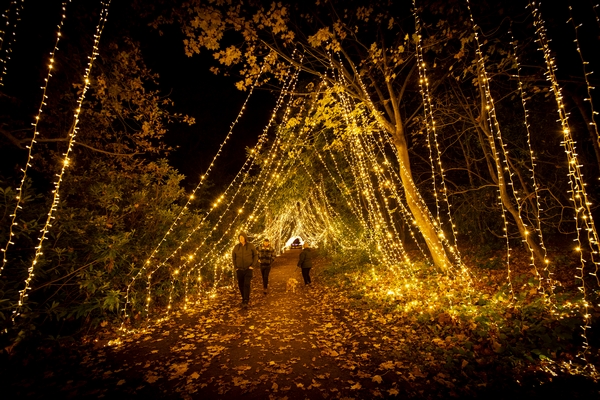 It takes between nine to 12 months to plan and deliver a winter illuminated trail. The process starts in January/February with a lot of site visits. The right venue is obviously crucial and we look for somewhere that is naturally dark so our illuminations excel. We worked with Cowdray Estate for the 2021 Christmas at Cowdray event. We hired the venue for the 30 day illuminations, producing and promoting the event entirely.

Once we had agreement from the venue, we started putting the concept and, of course, the budget together. Our trails usually centre around one main theme and on this occasion it was ‘joy.’ This helps when creating each of the different zones that make up the trail and to keep cohesion throughout when working with separate light and sound artists.

For Christmas at Cowdray we worked with a projection artist, a sound artist and a production designer. We design and manufacture many of our installations and also work with suppliers to bring in hired elements.

The team at Light Up Trails is a small one, with only myself and business partner Lucinda Croft working full time. Everyone else is freelance. Lucinda and I had gone to school together and both trained as classical ballerinas. We even took our first dancing job together when we were 18. Lucinda then went on to become an actor and an interior designer while my career took me via choreography into production.

In 2018 I launched Light Up Poole, a three-night festival of digital light. In February 2020, the event attracted 55,000 people. Lucinda had come to visit and was so amazed we decided to join forces and create illuminations together. This was just before covid hit! 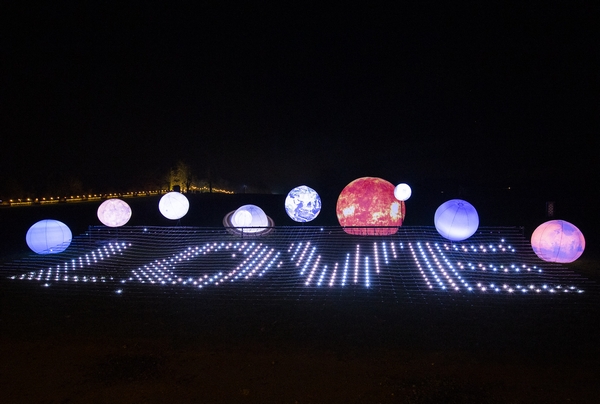 Designing with light
It’s important that when you curate a light event that you do so with the audience in mind. Quite a lot of digital light events will feature a number of different artists who often have a social or political edge to their work. This is important, but when you are commissioning for a family-friendly Christmas trail it isn’t always appropriate. This is why we started to design our own installations, commissioning artists to work with us.

A great example is the projection we used on the Cowdray Heritage Ruins. We storyboarded the whole thing around the Christmases Henry VIII would have had. He built the structure so we took the story from there – apparently Tudor celebrations were so lavish they would have spent the equivalent of £11 million pounds on the festive season!

A key consideration of anything we design or commission is how to create memories. Christmas at Cowdray is a family event and involves generations, from grandparents to babies. We make sure to create installations that allow for interaction, which is always a good memory maker. One zone was called ‘Written in the Stars’ where people could write illuminated messages. We had several proposals both here and in ‘Star Drop Wood.’

One of the things that attracted me to light festivals was that people are free to take pictures so the event can live on long after the production is over. You can’t do this in other high production, immersive experience situations, such as in the theatre. The fact people use their phones to record moments gives an event a life beyond its duration and I think about this during the design process. 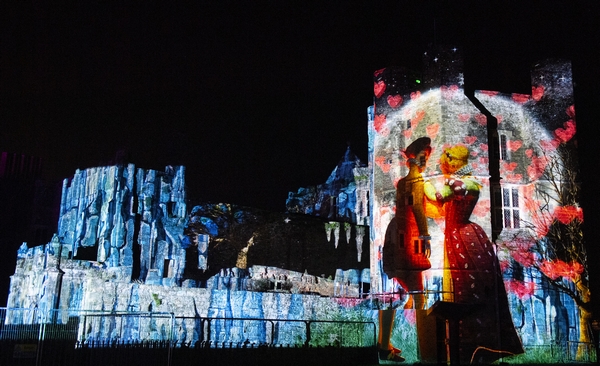 The event
The three months leading up to opening night is crazy. We have to create everything from bare land – a whole ‘world’ – and of course sell the event too.

I will have done a lot of site visits throughout the year, looking at how people will move around the site, accessibility and where things should be placed. By September it’s all about budget control, deposits etc. Things become heavily administrative.

Seven to 10 days out, we get on site. The venue is told what to expect but they still can’t believe it when six artic trucks roll up with all the equipment. We have marquees, bars, traders, car parks, flooring, generators and cabling, tower lights, toilets, then the tech for the illuminations and temporary Wi-Fi.

This year we used perimeter intruder detection systems (PIDS) for security. They are like mini Daleks that will take an intruder’s photograph, announcing: “The owner has been called, you have been photographed.” They are really loud and have a very bright floodlight. I got caught out by one myself as I passed a construction site and I thought they were brilliant! It means you don’t need lots of personnel on site all night, just someone monitoring what they capture. Apparently they were invented by a Scottish lord who was fed up with people on his land. We also use smart water on all our equipment.

The lights are set up following our ‘get in’ schedule, with everything up, running and tested at least two days before the public arrive. This way we can check everything looks just right and make any adjustments. On the event days, technicians walk around site turning things on, and will turn things off in the same order at the end of the night.

Supply chain and costs
I knew to book our suppliers really early. There has been a big increase in light festivals and we have also lost suppliers because of covid. Then there’s the shortage of staff as a lot of talented freelancers have migrated into other industries. It’s a similar story with the traders as when events were put on pause they found permanent locations to trade from. 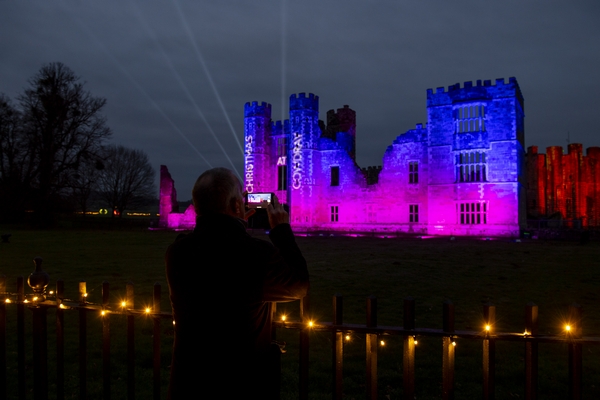 Weather stops play
As with any outdoor event, we are entirely reliant on the weather. Actually rain and fog can enhance a light show, but wind is a problem. We had all the elements in those 30 days, from full sun to snow to a raging storm. The storm was a problem…

We could all see the forecast and the wind that was coming our way. It got to the point where we knew we had to start taking things down or lose them, and when there was five of us holding down a marquee I realised we needed to make the decision to cancel that night’s event. It was one of our biggest nights – a Saturday – and we had lost two of the installations because of the wind. It was a major, major decision and the responsibility was huge because there is so much at stake. Not only did we have to tell the ticket holders, the marketing company, suppliers, and traders but we had to find two new installations to fill the gaps!

I was straight on the phone – who’s got what? How much is it going to cost? When can they get it here? Can they bring it tomorrow? Great, so we had a beautiful projection on trees we had used in the past, but now we needed to buy a shed to put it in, build a platform for it, oh and agree with the estate on a location very close to the polo field to put it in. It’s not just refunding tickets when things go wrong; it’s dragging stuff from one end of the site to the other in the mud and rain and 60mph winds to make it work.

But I love it – adrenaline keeps us all going through the event. And as we are such a small team and know our event inside out, it makes sense that it is us on the phone last thing at night or first thing in the morning dealing with customer service. And when the public are in? You obviously hope no problems arise, but someone will always lose a child, fall over or not feel well. And in England, people certainly don’t like mud. We tell our audiences to dress appropriately yet you’ll still have people turning up in designer white trainers or heels.

It takes all your energy and turns you inside out. I’m not even half way through the event’s run before I’m thinking how to get everything out, where it’s all going to go etc. I am exhausted afterwards and need to sleep, as I probably won’t have had a decent night or less than an 18 hour working day for weeks. But when you receive those messages telling you just how important those moments you have created are to people you remember exactly why you do it. 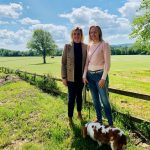 ABOUT THE AUTHOR
Libby Battaglia is managing director and executive producer of Light Up Trails. She works with business partner Lucinda Croft to design, create and produce experiences that bring magic to inspirational places and create lasting memories for the young and old alike. www.lightuptrails.com