We talk to Keri Maundrell about the development of her family’s Wellington Barn and how she kept things together through her busiest season yet. 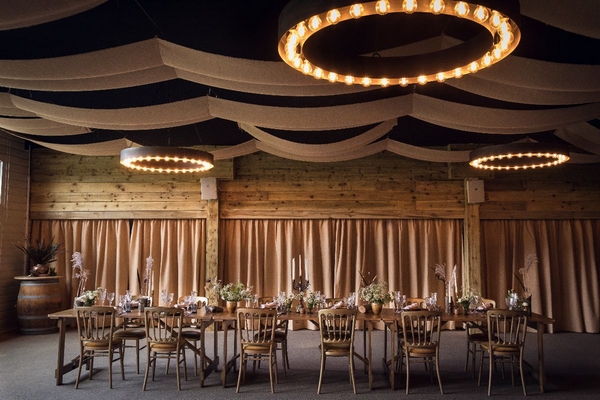 “You know the barn up in that field? That looks a good place to have a party!” And that’s how it started for the Maundrell family at their Wiltshire farm 20 years ago.

Keri, the sixth generation to live in the farmhouse, her children the seventh, explains: “Someone in the village approached my dad. They wanted a party with a loud band and our open sided barn was perfect as it’s in the middle of acres of farmland, well away from any neighbours. It was at the event that someone said what a fantastic site it would be for a venue, and we went from there!” 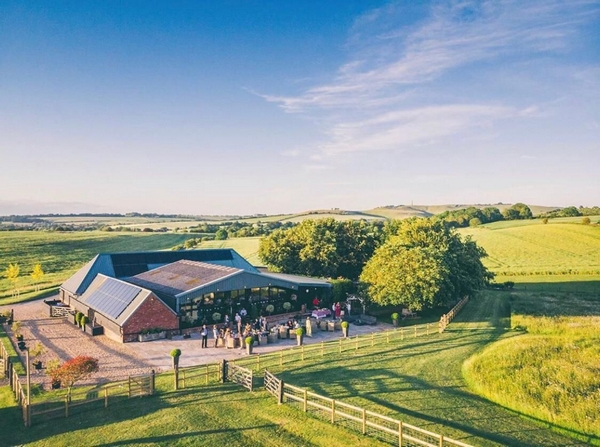 The 400 acre Manor Farm is now entirely arable, the barn left over from its livestock days. The family applied for rural development grants and between Keri’s father Pat and her younger brother, the venue took shape.

“I was working as a TV producer in Bristol at the time,” she says. “Apart from some bed and breakfast mum had been doing, we didn’t have any experience in hospitality! It was a bit ‘finger in the air’ from a business point of view too as rural venues of this type didn’t exist – you either got married in a hotel or a marquee. There were no other barn venues to compare but we did know we had an incredibly special location that people would love.” 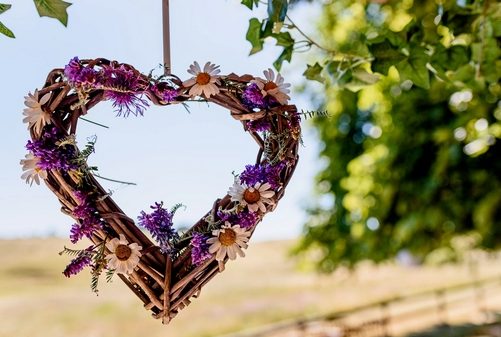 The design of the new space preserves the original 18th Century barn and adds to it with a modern half-glazed extension giving a total 2,712 feet of floor space. The Old Barn accommodates 100 people for ceremonies, 70 people for seated dining or up to 150 people reception style. The new part holds 180 people seated or 300 for a standing buffet.

After returning to the family farm in 2013 Keri quickly realised that the business needed a rethink. “Bookings were falling and prices were going up. It became apparent that the arrangement we had in place with external contractors was not working. It was really nice to take the management on but the paperwork was torture.”

Keri uses trips to other venues in training her team. “We’ll go and see other venues that are relatable to ours and look at what they offer, how they conduct showrounds, structure packages and so on and discuss what we feel is successful. It’s important to experience hospitality and I look for inspiration everywhere I go. Entering wedding awards is another great opportunity to learn and network within the industry.” 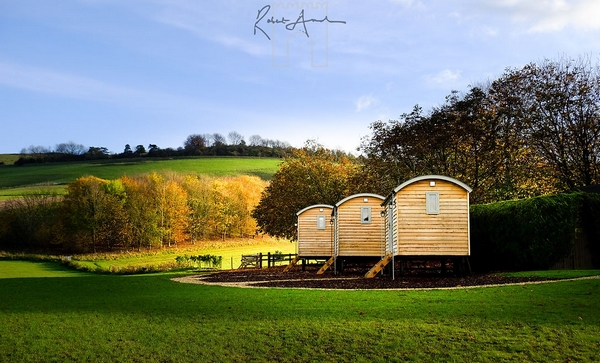 Authentic huts
A big change that Keri undertook was the addition of accommodation to Wellington Barn’s offering. “I realised that we had a fair number of viewings that weren’t converting as there was nowhere for guests to stay. People want the rural converted barn in the middle of a field but also want a hotel nearby, which is obviously not the case here.”

In 2016, Keri took delivery of three shepherd huts from Blackdown Shepherd Huts. “I went along to the Glamping Show to check out the options. I felt that the huts from Blackdown were more authentic than some. I remember as a child camping in the barn and there was a genuine shepherds hut in the field. It wasn’t glamourous at all but I vividly remember the light was a copper pendant that hung from twisted chord – I guess it also acted as a heat lamp for lambs. Blackdown had the exact same chord detail and that sold it for me. Their huts incorporate tiny details like the old fashioned round light switches, and their quality is superb.

“I went back to the show last year and saw some lovely huts from Ashwood Shepherd Huts too. I keep thinking about their show hut as I have the perfect place for it!” 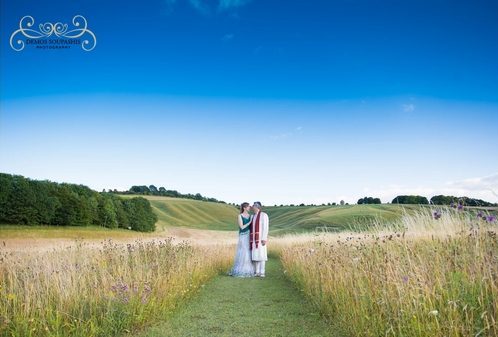 Hyggee House
New for 2022 is Keri’s grand design, Hyggee House which sleeps up to 10. “It has always been my dream to build an eco-house but planning was always going to be tricky at the barn site. Half a mile away is a reservoir that used to be home to a trout hatchery. There was an old 1970s house there that the fisherman lived in until he died. He left it to a friend but they didn’t qualify to live in it as it has an agricultural restriction attached so my dad bought it and the Hyggee House now stands in place there.”

Keri wanted a quick and efficient build method. “A traditional build could take up to two years. I wanted something quicker so that I wasn’t borrowing money a long time before the house started earning. I looked at the German prefabricated Huf Haus structures but wanted something less glassy and got quite far down the road with Weber Haus. Unfortunately they were reticent to put a number on a piece of paper – perhaps because we were approaching Brexit. Luckily the UK architect that worked with them told me about timber frame company MBC Timber Frame UK in Gloucestershire, right down the road from us! They have been brilliant.”

Keri oversaw and project managed the entire build herself with an experienced project manager employed on a “handholding basis”. The finished Hyggee House is essentially a passive house structure, being super insulated and airtight, so energy performance is outstanding. “It also went up in just three weeks!”

Keri reports that if it hadn’t been for the pandemic and the knock on effect on business, she would be at the end of paying back the loans her parents put in at the beginning. “It has been so frustrating. We are still running weddings from last year and 2020 and missed out on the busiest part of the booking period in January/February 2021. We had an influx of enquiries but weren’t able to open for viewings. Then when June came around and we could open, it didn’t really give couples enough time to plan for 2022.” 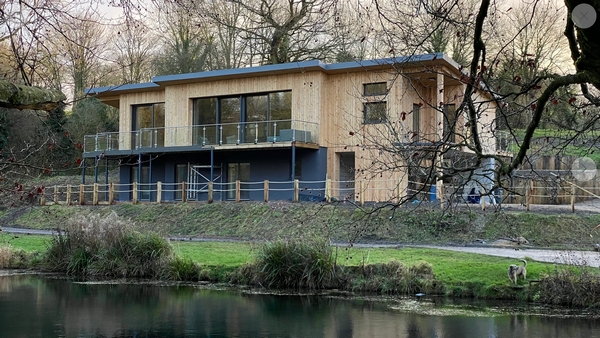 Corporate
Wellington Barn attracts corporate business too. “Although corporate also died a death over the last two years. The majority of our corporate event income comes from Christmas parties and I am hoping that will come back this year. We are having lots of enquiries for family fun days etc. as companies look at how to reintegrate teams after working remotely for so long, but bookers are a little behind the curve on how it works, wanting a summer Saturday – obviously we don’t have too many of those available!

“I’ve tried lots of different things to get our name out locally, most recently a Christmas market. I hired in the chalet style huts and called around all the Christmas events to attract traders. I pulled it together in just four weeks! We had 1,500 people through the doors over three weekends – it didn’t make money but was a great PR exercise, bringing a lot of people to us at a time when we would otherwise have been closed. We also set up a café and served Sunday lunches with over 120 covers through the Autumn 2020 when we were allowed to be open as a restaurant but not for weddings and events.” 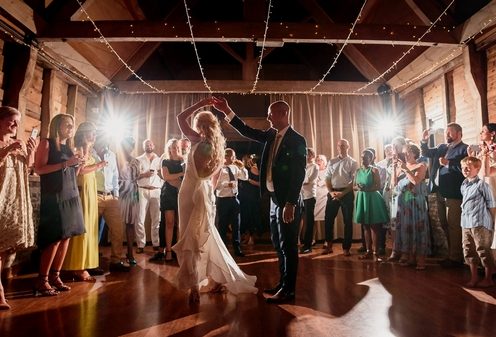 Wellington Barn employs three staff members. “We lost two of the team in Covid; I had to make redundancies which was horrendous. We have been so lucky with the wonderful people we have but Covid really made me assess staffing. I made a big change by bringing in a catering company, which is now based at our venue and caters all our events. Having a sole in-house caterer means we need one less staff member on the books and we share overheads. I put out a tender to several of the caterers on our preferred suppliers list and Nick Collins from Cleverchefs took it.”

The pandemic period was challenging for the team, and it seems not all customers appreciated the hard work going on behind the scenes. “We had 25 weddings in August 2021 – five a week for five weeks. We are far from a sausage factory venue but we were so backed up and brides determined to get married that month were prepared to take any day of the week. 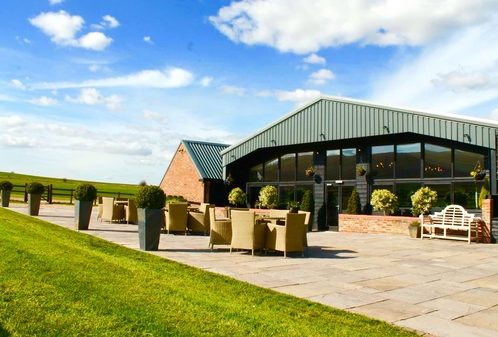 “We were exhausted and there was concern surrounding more possible lockdowns that Autumn, not to mention the worry of what happens if any of us got Covid! The last thing a couple that has had their wedding postponed three times wants is me calling them up to say we were all in isolation!

“We had a few unpleasant people last year and even staff in tears. I think some customers got so fed up with postponements, the rules changing and not knowing whether they were allowed 15 or 30 people inside, six at a table, dancing/no dancing etc. They were demanding, short tempered and sometimes just downright rude – it was a big lesson for me.” 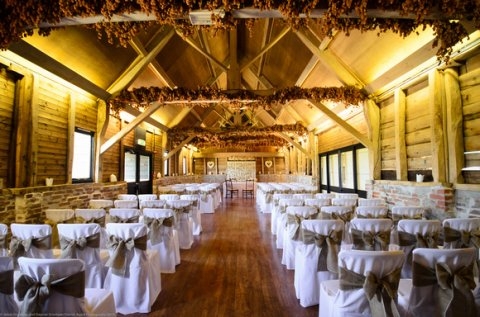 Keri called on her experience aged 24 working for Crystal Holidays at a ski chalet. “Week after week, we would welcome 20 people and there was no benchmark for managing their expectations – 20 could love it and another 20 could hate every minute! I learned quickly to always say sorry, even if it isn’t your fault! Saying sorry diffuses a situation and that makes things easier to solve. It is something I needed to help my younger part time event staff with as they often believe saying sorry is the same as saying ‘it’s my fault, sue me’. They are frightened to say it.

“You’ll always get one or two nasty people in a season but nine out of 10 are a delight. I take huge comfort from the letters and emails sent by those who take the time to thank us and tell us how we made their day fantastic.

“In the past months or so, there has definitely been a rise in confidence and the back log of weddings are finally coming through. We have taken 20 bookings in February alone which is very reassuring that recovery is just around the corner, and we must be doing something right! Hyggee House is absolutely the new jewel in our crown and couples cannot wait to come and stay there.”

Hyggee House is also available for holiday lets and short stays. Should anyone fancy a long weekend in Wiltshire just get in touch! 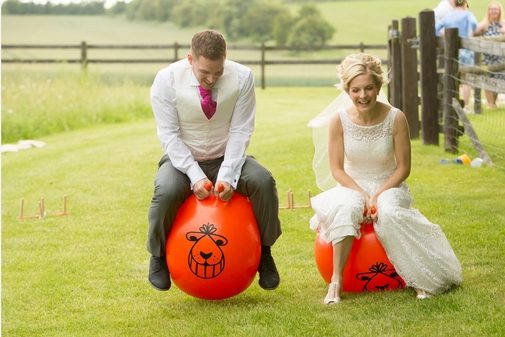