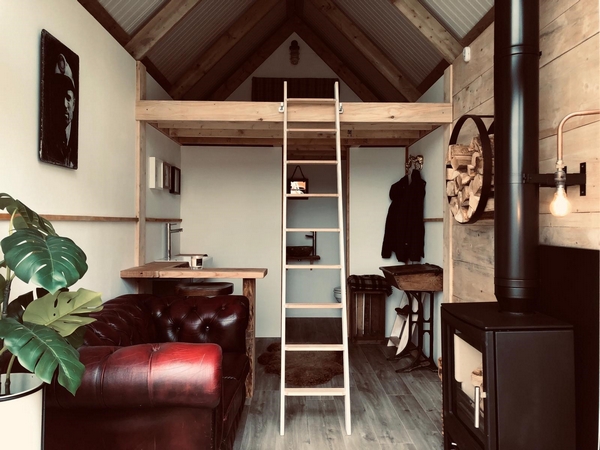 With Covid-19 and travel restrictions seeing a boom in staycations, you could argue that launching a glamping pod might not be such a bad idea. However, it certainly wasn’t planned for the team at Glamping Fires who, following a disaster that rendered their show trailer out of action, were forced to bring plans forward by 12 months and launch The Coal Bunker at this year’s Glamping Show.

“This is our take on glamping,” says commercial director, Jonathan Davies. “As with our fire installations, we decided to go above and beyond in design and spec. Though the initial concept was quickly sketched on a piece of scrap paper, the Coal Bunker has since had the involvement of architects and structural engineers who have tweaked the designs to withstand the rigours of life in the great British outdoors”.

The Coal Bunker features a shower room, kitchenette and mezzanine level accommodation. The first unit will be available in the first quarter of 2021, and the range will feature three models. 01269 842620 / chris@glampingfires.com.