We talk to Helen McCombie Armstrong about how the phenomenal success of her bell tent hire business funded the start-up of permanent site Glamp and Tipple in Norfolk. 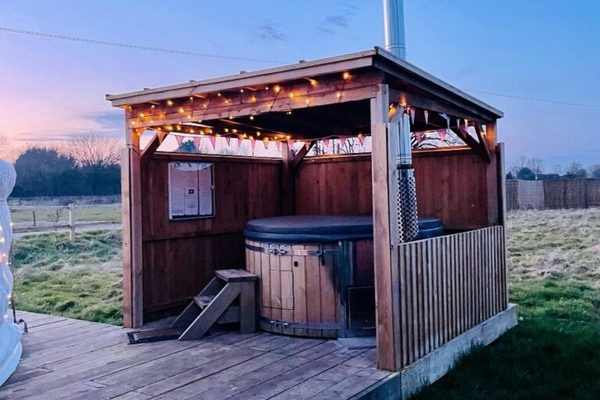 The pandemic was hell for so many people but for us it has marked a real opportunity,” says Helen McCombie Armstrong, co-creator of yurt glampsite Glamp and Tipple.

“I had run my own agency providing pet, house, child and elderly relative care for 10 years but with kids of my own it became too stressful. In December 2019 I moved away from that business and was just taking a few months to reset and figure out what to do next when Covid hit.”

Helen’s wife Lou was working 50 hour weeks as a shift manager at Lidl to keep the family afloat. “I am a trained dog trainer and behaviourist so I had been doing a bit of that to keep the money coming in but when Covid hit I wasn’t able to work,” says Helen.  “We were lucky that Lou is a key worker, but financially things were squeaky! It was then that Lou had the idea of getting a bell tent to hire out locally. We love glamping so were pretty familiar with bell tents, and it seemed like a no brainer what with lockdown meaning people couldn’t go anywhere.” 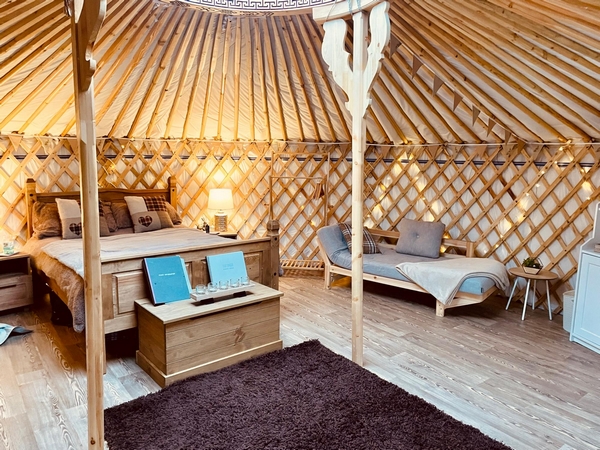 It seems the couple hit gold, and within two weeks they had gone from a single tent to eight, along with eight Lazy Spa electric hot tubs. Lou’s days got even busier and the family, including four children, worked tirelessly to service the demand.

“We went all over the south of England,” says Helen. “Surrey, Norfolk, Suffolk, Hampshire, Kent etc. We would set one tent up, drive straight to another place to take one down, then back to base for a deep clean before getting straight on the road again to the next booking. For Lou, this was often after having already done a 5am-2pm shift, often working 20 hour days. We hardly slept, with me doing all the admin at night, and we were home schooling too!” 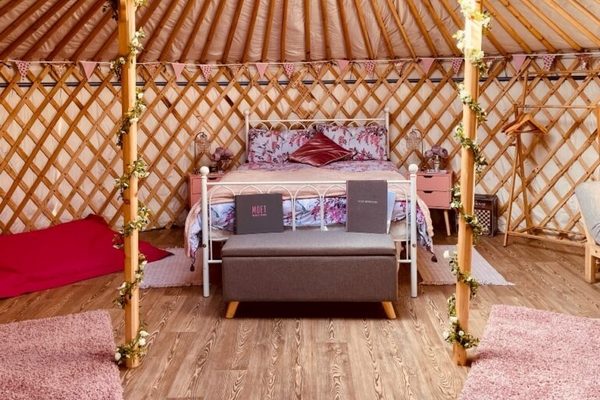 Within one season, the couple had accrued enough money to jump at the opportunity offered by a local farmer. “A local farmer approached us in August 2020 to see if we’d be interested in renting land to establish a permanent glampsite. This had always been our absolute dream. The farm is just four miles from where we live so we put in planning permission for bell tents along with all the infrastructure to do things properly – electric, water, waste and Wi-Fi. Planning was granted in October and we started the project in November, opening in April 2021.”

The initial investment in the ground was around £150,000 and was entirely funded by the bell tent hire business. “We did so well in that lockdown season that it gave us the financial leg up we needed to create Glamp and Tipple,” says Helen. 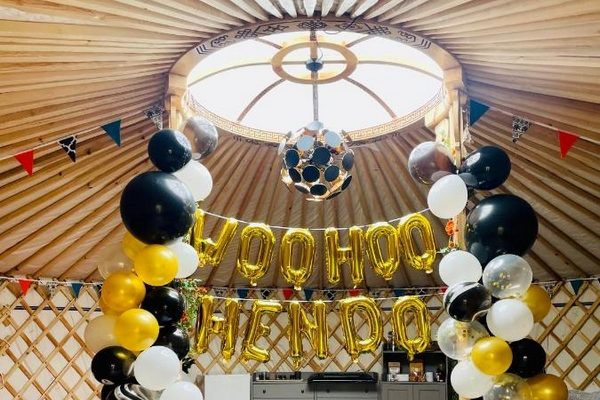 “It was obviously a huge decision and one we discussed at length but the feeling was we had to give it a go, even though we could end up losing all the money we had worked so hard to gain.

“We are a great team and as I had previously run a successful business, Lou trusted me with the admin and accounts side of things.”

The site offers private facilities throughout and has now, in its second season, has been upgraded from bell tents to yurts. “We tried to futureproof the site by thinking about what would happen if Covid reared its ugly head again and ensured that everything is well spaced out. Every tent has its own private toilet, shower and cooking facilities.

“We are open all year round and have successfully had guests sleeping in bell tents throughout the winter. All the tents were heated with electric heaters but the bills were astronomically expensive, as you can imagine. That’s when we decided on insulated yurts. We have five beautiful structures now from Kents of Cornwall, and they have the added advantage of being able to withstand 150mph winds and feature lockable doors. We had thought of geo-domes but the farmer wasn’t keen as they are quite modern looking. If we were to open a second site I think we’d go for shepherd huts or safari tents.” 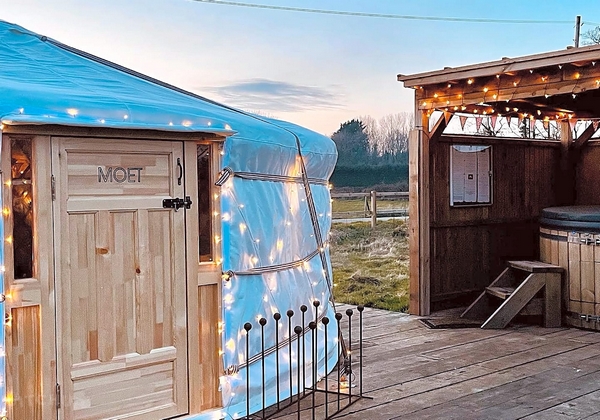 During the set up phase, Helen says the family enjoyed doing their market research, staying at other sites to find out what worked and what didn’t. “We’d make lists of what we liked, didn’t like and wished we had – things that were annoyingly absent. We didn’t go to any trade shows as we already had a clear idea in our mind of the structures we wanted and had done extensive research online into bookings and marketing.

“One area we quickly learned we couldn’t scrimp on was hot tubs. Originally we had planned to make use of our rental Lazy Spas but there were a few reasons that this wasn’t going to work. Firstly, the regulations dictate that tubs have to be emptied and cleaned between guests. This is fine except that an electrically heated Lazy Spa can take up to 24 hours to get to temperature, which was obviously not going to work. They are also expensive to run and easily broken. We ended up with timber wood-fired hot tubs with jets and lights from Gardenvity, who did us a great deal on five tubs. 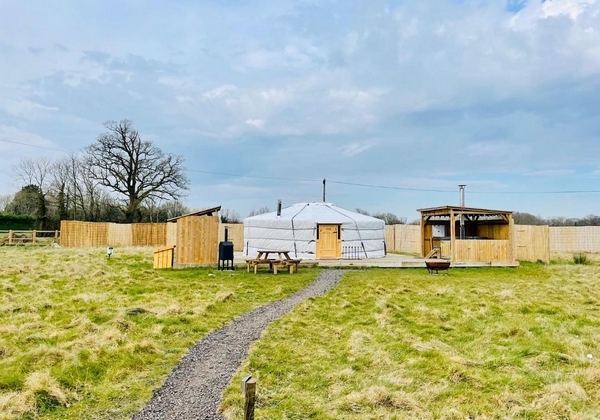 “We didn’t use to heat the tubs for clients but experience has shown us that people are rubbish at making fires! They either put two logs on and complain it won’t heat up or they make a huge fire and make it too hot. We now get the tubs ready for guests who book them and they can keep them topped up with heat. We also learned from feedback that not all people want a tub so we now offer them as an added extra that’s bookable night by night.”

Glamp and Tipple is listed with numerous OTAs and on many directories including Airbnb, Booking.com, Cool Camping, Glampingly, Cool Stays and Love Glamping. “If I’m honest, I don’t understand why people don’t list in more places,” says Helen. “Would they get that booking if they didn’t list there? They may be down a 10-15% commission but lots of links scattered over the internet can really help your Google rankings. Many directory sites charge an annual listing fee, which is easily absorbed. Interestingly 90% of our bookings come direct through our website but we have a required field that asks where the customer has found us and many will have seen us elsewhere first before Googling to find out more. 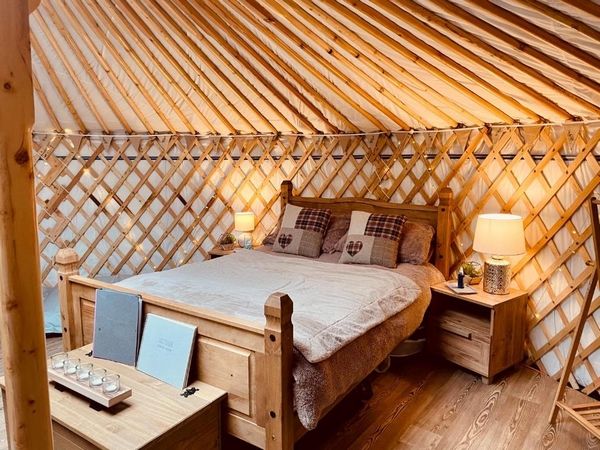 “We use the Bedful booking system which was part of the Cool Camping group. I believe it has just been sold to Hip Camp UK – the Airbnb for outdoor accommodation. There hasn’t been great press about Hip Camp so we’ll see how it goes!”

Helen’s pricing strategy pitches Glamp and Tipple a step above the majority of sites. “We are open year round and charge between £140-£220 a night depending on the season and day of the week. From October to March, we keep our prices the same but offer a discount code to make them 20-30% cheaper.

“You can’t please all of the people all of the time. We got a message recently saying we were too expensive after announcing a special deal at £440 for a two night stay in our six person yurt with the hot tub. I split it up and showed that this worked out at £37 per night per person including VAT, which is certainly not the cheapest but I doubt you’d find a Travelodge for that!” 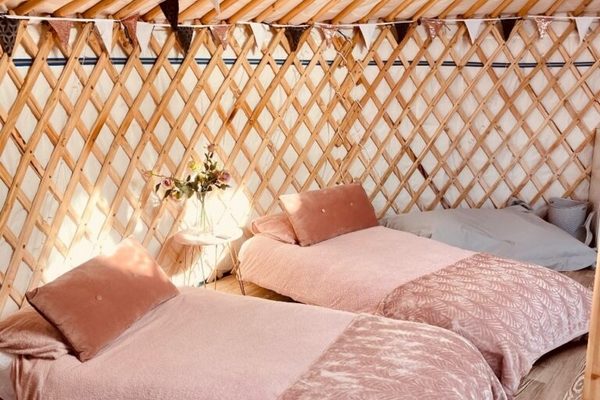 Glamp and Tipple now has five members of staff who work on a 10-15 hour per week basis. “It works really well and means we can take time off and enjoy our own holidays,” says Helen. “We have been so lucky to find the right people and recruited via Indeed and, much my preference, personal recommendation. I find that people who are recommended tend to have a similar mind set to the person who recommended them!”

By June 2021, the site was so busy that Lou left Lidl and joined the Glamp and Tipple team full time. “Lou heads up site maintenance, cleaning, refilling the tubs etc. I take care of the bookings, HR, and the legal side of things. We also still have the hire business, although demand has obviously changed and we mostly do events now. It’s wonderful being our own bosses and looking towards the future and exciting plans for our enterprises.”

New offerings at Glamp and Tipple include dog friendly glamping and weddings. Helen and Lou also have ambitions to open a second site. “Covid was hell for everyone but if it hadn’t happened we wouldn’t be where we are. Our thinking was ‘the world is going to pot, so we should take the opportunity given to us and do what makes us happy!” 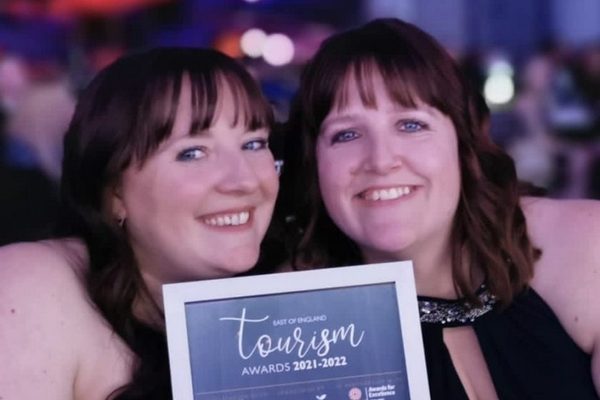