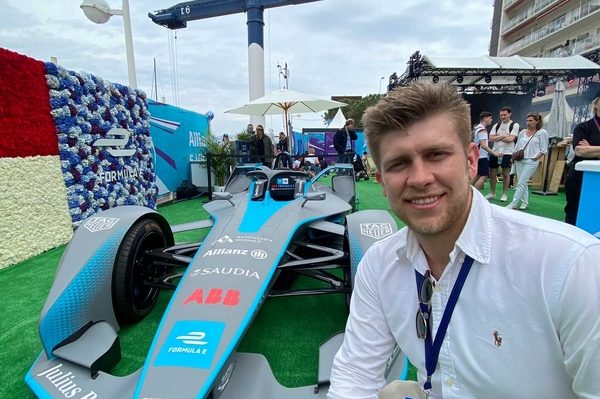 My current role is project coordinator and I have been working at Cube Management for seven months. I love the variety of my job from running sport events like our cycling sportive brand MadHare to sport infrastructure projects and bespoke builds. I studied sport business management at the University of Worcester for four years which I thoroughly enjoyed and feel very fortunate to have joined Cube where I can apply my studies in this great environment. With projects such as the Commonwealth Games and the Rugby League World Cup to come, we have a very exciting year ahead!

Monaco’s E-Prix
The Monaco Grand Prix circuit is legendary: over 3km of winding street racing around the waterfront and the famous Casino Square, taking in the Grand Hotel hairpin, the Monaco tunnel and the harbourfront chicane. Cube had already worked with Formula E, the increasingly popular electric car series that has sustainability values at its core, to deliver the entire race accommodation infrastructure at London’s Excel last summer. This year, in addition, we were engaged to provide an even bigger two storey temporary structure at the E-Prix in Monaco to house the main TV compound, plus various ancillary buildings.

Cube’s Continest units are ideal for this type of project where access is challenging and space is at a premium. They fold down and stack for transport, taking up just a fifth of the space of traditional fixed framed buildings, meaning that all 65 units could be transported on just nine lorries – including all the air conditioning units and staging for the walkways and staircases. Fewer lorries equal reduced transport emissions: the saving from transporting foldable buildings for this project amounted to 24 lorries each way. This translates to a whopping 620,884kg of carbon emissions saved, more than the equivalent of a long-haul plane chartered to the USA. 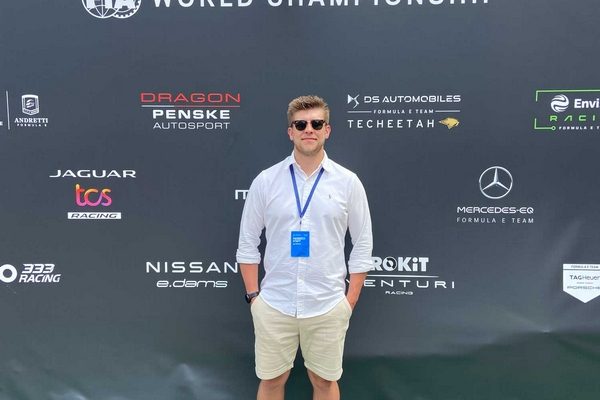 Preparation and planning
For us, the pre-work on this project was key. We knew that if we could prepare all the units in our warehouse the week before, we could keep to the tight timeline on site. All the units had aircon holes cut and walls removed to join some together to accommodate the requirements of the TV control compound. We gave each unit a number and each truck a number so logistically we could be sure what arrived on site when we got there.

Plant hire is always a tricky one when working overseas; fortunately, we were able to source a local company in Nice, France, that could deliver on site first thing when we arrived. In hindsight maybe having plant delivered the day before would have been a good idea.

I co-ordinated our project team on site, which consisted of six people. Four crew drove there in two vans which took two days but having the vans on site was critical as it meant we could take all our tools with us and go out to get parts if needed, plus escort the trucks to site, which turned out to be vital due to Monaco’s very tight streets.

Day one – adapting our plans
We arrived on site at 8am to mark out the area and meet our site contact from Formula E. We created a schedule of works to keep on top of the project and luckily were given access to site from 8am to 9pm every day.

The first day we had to smooth out the inevitable logistical curveballs that no amount of planning can eliminate. The first issue we came across was with the hired forklift which came with a flat battery. Then four of the trucks all arrived at once rather than at the planned two-hour intervals, creating difficulties with waiting and access. Little things like this can be really off-putting but my role is all about adapting plans when we need to.

Once the units were offloaded, we worked in two teams, one putting the units up and the other moving them into position, which enabled us to work efficiently. At the end of the first day, we had 17 units in place and had started to build the stairs and walk-way.

Getting ahead, days two to four
Days two and three were a lot easier due to having all the plant and units on site. We were lucky to be the first people on site but at the end of day three more contractors were arriving to install different things. Ensuring we were the only contractor on site for at least the first day of the build was great as we could have our units placed in a holding area. Once the first 20 units were up, we started to fit them with aircon units.

We were able to have all 65 units in place by 10am on day four, which was ahead of schedule. This then allowed us to check all the stairs and walkway with safety tape. By day four the team was tired as we had worked three back-to-back 13-hour days, but we felt a great sense of achievement finishing the installation. We were happy to sign off the project at 3pm on day four of the install with Formula E and the TV company arriving the next day.

I think the biggest learn for us on this project was making sure plant hire and transport is sorted well in advance.

Pole position: watching the E-Prix
We kept a team member out there for the whole of race week to tackle any issues and to check the units each morning. This happy task fell to me for the majority of this period. The most taxing work I had to undertake was moving our tensile barriers to different positions according to each day’s requirements. The rest of the time I was free to watch the action.

The atmosphere in Monaco during race week was incredible. The waterfront with its glamorous yachts and the narrow, winding streets dotted with iconic buildings make for a stunning backdrop. It was a real thrill to mingle amongst the crowds at the sides of the racetrack and see the electric cars close up as they sped past.

The next Formula E project will be back in London, but who knows where it will take us next year. I’m looking forward to it already.

Cube Management, part of the Cube International group, is an established, award-winning, event services and infrastructure business with an industry reputation for operational expertise, client satisfaction and outstanding compliance proficiency. The company is globally recognised, trusted and has many years of experience in supporting well-known brands, global venues and international events. www.cubemanagement.co.uk