One of the UK’s leading scare attraction experts Michael Bolton illustrates why our appetite for fear offers landowners a very profitable opportunity not only in October but potentially all year round. 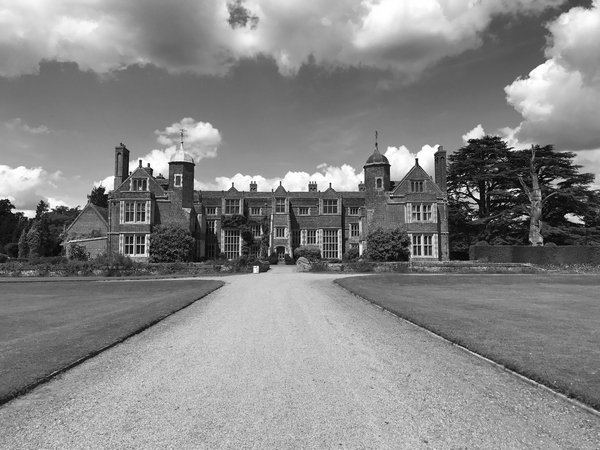 You’ve had a good summer season and you are looking forward to a few quiet winter months before the Christmas festivities. Do you sit back and chill, or do you join the growing band of attraction and landowners who celebrate the UK’s fastest growing holiday tradition? Yes, Halloween is so big now that some of the bigger attractions, like Tulleys Shocktober Fest, pull in over 80,000 visitors on an average of about £40 per head! Halloween is big business and the general public’s desire to be scared seems to just keep growing.

So why is it so popular? We could go into pages theorising on why scare attractions work, but the key point is that people love to have fun as a group. We love to be scared, and we love it even more when we see our friends scared. We cling to loved ones in the dark and we scream, and then we laugh about what we experienced. For a short time the only thing in your mind is wondering what is about to jump out next and any thoughts of work stress, Brexit or anything else fades into insignificance!

So, what is required for a scare event? There really is no set pattern, the only limit being your imagination. While some of the bigger events such as Hallowscream at York Maze and Fear at Avon Valley work around a central arena with attractions built in standalone marquees and/or packing containers, others such as Fear Fest Evil in Chepstow utilise the natural location and send guests on a 60 minute walk along an abandoned quarry railway. In fact, some of the more unique events stand out because of their location, and the UK has seen scare attractions built in abandoned buildings, woodlands, stately homes, prehistoric caves and more. It really is a matter of seeing what is available and working with it.

Scaresville at Kentwell Hall recently won the annual SCAR award for best multi part scare event. The experience is one long trail through woodlands, outbuildings and the old stables of the estate. When setting up the show originally, the creative team looked at what was available to them and designed the attraction around what they had. The organic growth of the event has been a family undertaking and apart from externally sourcing props and effects, has all been created in house.

That said, when starting something new, many attractions work with an external consulting company as they may have no idea where to start. There are multiple production companies who between them have years of experience creating scare events, and the services they offer could range from a simple one-off consult as to the viability of an event through to full scale design, production and operation. The choice of which way to go is purely down to budget and how much involvement you want in your own event. 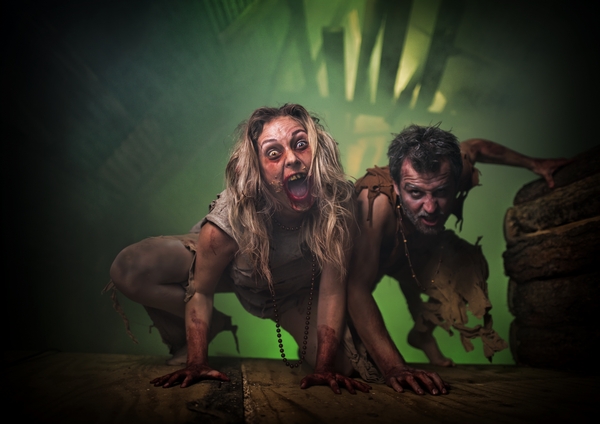 So, you’ve assessed the land and buildings available, and designed something you think will scare people, but then the hard work really begins – getting the name out there so people come and visit. Fortunately, the public are now quite aware of scare attractions and what they are, but in an ever-growing market, attractions need to stand out. This is where a good marketing and social media presence comes in and it’s no surprise that most events these days seem to hold media and press events, reaching out to social media influencers for instant viral marketing.

But is Halloween profitable? In a word yes. But you do have to be careful. It is very easy to spend a lot of money on cool props, effects and extra actors, when all you actually need is a bit of inspired creativity. Some of the most impressive effects and scares have been created more out of necessity as there hasn’t been the budget available. Also, it is important to understand how much your audience will pay for your experience and look carefully at the target demographic. Scare Kingdom Scream Park near Blackburn has some of the most elaborate scare attractions in the UK but is a fraction of the price of similar attractions down south. The price point appeals to locals and the event sells out every year.

Like any venture, there is a lot to consider, but there genuinely is a market out there for more Halloween events and scare attractions. With the season falling over the October half term period, people are looking for things to do and if you have land or buildings sitting empty you could be putting them to better use. It’s also worth mentioning that secondary spend is massive and it comes as no surprise that most events offer food, drink and even merchandise.

We would advise anyone even considering opening a scare event to visit ScareCON – the annual convention for scare attraction owners and designers. This is a great place to meet other operators, props suppliers and production companies to find out what has worked for them in the past. The summer show also hosts the prestigious SCAR awards ceremony – an accolade that all events eagerly compete for.

I hope this article has given you a taste of what is possible and has maybe inspired you to take the plunge. It’s a very satisfying feeling hearing people scream. It may sound weird but if they are screaming then they’re having fun. And after all, that’s what it is all about!

Michael Bolton gives a brief history of a farm’s Halloween diversification which has positioned it as the UK’s No.1 scare attraction.

The farming business at Tulleys was started by Bernard Beare. In the early 1970s, Bernard’s son Denis saw the potential for Pick Your Own and, with his wife Marion, set about turning Tulleys Farm in Crawley into one of the largest Pick Your Own farms in the area. Denis and Marion’s son, Stuart, joined the farming business in 1991, the farm shop was opened in the summer of 1992 and the tearoom followed in 1996.

Stuart is not a conventional farmer and his passion for creating experiences has led to the creation of Tulleys Shocktober Fest in October, which has repeatedly won the title of the UK’s No.1 Halloween Attraction.

1994 – The farm opened a small fête style event and called it the Pumpkin Festival.

1995 – This was the first year running a proper Halloween event as the farm was trying to build momentum around pumpkin sales. It ran the Pumpkin Festival from mid-October, with a pumpkin carving competition, fête-type games, maggot racing and about 300 visitors.

1996 – More side games were added, as well as a new ‘Spook Hunt’ attraction for families.

1997 – A straw bale maze was created but was not very successful. The pre-cursor to The Creepy Cottage was opened – a small walk through a haunted house built with simple props and no animation. The event ran for nine days over the October half term.

1999 – This year was about consolidating and developing the event with an extra opening weekend added.

2000 – The Spooky Trail was added which still runs in the daytime today as a treasure hunt for children around a simple maize maze. 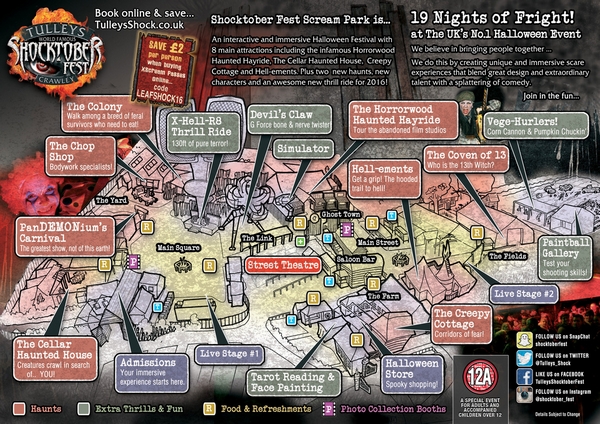 2002 – The Spooky Wagon ride was added for the daytime event running until 7pm each evening over half term.

2003 – The Haunted Hayride debuted properly with 12 scenes in the woods and three trailers running. With the farm open until 9pm, and with Creepy Cottage running and the Spooky Trail, the park had over 15,000 visitors.

2004 – The loading platform and the station were redesigned to allow more efficient loading and unloading of the Haunted Hayride.

2005 – The Field of Screams – a walk through a maze field with live actors and effects – was added to bring the attraction tally up to three.

2006 – The Haunted Hayride was extensively refurbished with a further 10 scenes added.

2007 – The park had a general reorganisation with a new admission area and an additional food court added. The entrance to the Field of Screams was also relocated.

2008 – Further additions were made to the infrastructure with a fun fair included and additional ticket booths added.

2009 – The Cellar and It’s Curtains mazes were added as part of a new events area, taking the park up to five attractions.

2010 – The line-up remained similar but the It’s Curtains maze was expanded.

2011 – New attraction Hell-Ements was added to the line-up. This was the UK’s first “hooded” maze.

2012 – This year The Field was replaced with a new attraction – Dr Plague’s Terror Trail and It’s Curtains was rebranded to Twisted.

2013 – This was the year the park took on a more festival vibe with large stages and live music added. Dr Fear’s Terror Trail was replaced with Woodshock: Rottin’ Since 69.

2014 – The Tunnel was built in the field and a new Silver Screen scare zone was added. A dedicated visitor services building was created.

2015 – Twisted evolved to become Nightshade Circus. Two brand new attractions were added – The Chop Shop and The Volt – and the field once again changed into a new attraction called The Colony. This was, by far, the biggest event Tulleys had created with a second music stage added, a total of eight attractions and over 60,000 visitors.

2016 – The Coven of 13 was built into a new part of the site and more changes were made to the event arena, creating a new Ghost Town with a mid-way games area. A second music stage was added and the Twisted maze had a rebrand to become a 3D attraction – PanDEMONium’s 3D Carnival.

2017 – Hellements was rebranded to VIXI with some new effects extending the experience. The Coven of 13 was also extended with new scenes in the woodlands.

2018 – For its 25th year, the park has added a live entertainment show from the Circus of Horrors, while extending The Cellar with a new theme – Imprisoned. 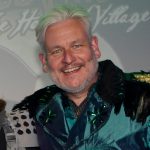 Michael Bolton has been visiting and reviewing scare events for over 20 years and runs ScareTOUR, the UK’s biggest news and reviews site for the industry. He has also consulted and advised on a number of large UK attractions. For further details of ScareCON or to talk through possible options for your own venue, contact Michael through www.scarecon.org or www.scaretouruk.com

About Open Air Business 962 Articles
The voice of outdoor hospitality - in print and online. If you liked this article, subscribe to the printed magazine here. We produce industry e-news between issues - please sign up here