The past five years has seen music festivals grow and diversify enormously. One of the reasons for this is because the way we spend money has changed. The ‘Experience Economy’; a term used to describe the influx of people spending their money on experiences rather than commodities, isn’t going anywhere anytime soon. In fact, recent research by Barclaycard has found that 52 per cent of consumers would now rather pay for an experience than splash out on shopping. What’s more is that food is becoming an important part of the experiences we now spend our money on. A recent survey found that food is the biggest daily spend at a music festival at an average of £46 per day.

When it comes to the opportunity for new and immersive experiences, on-paper music festivals seem to tick all the boxes, but each generation has its angle. For Generation Z, granular detail and online networking is a huge driver – its experience of the world is significantly different to Millennials who are more likely to be attracted to a taco truck with sustainability credentials and a nod to provenance rather than a burger van. Baby Boomers enjoy a much higher level of disposable income, time and freedom and Generation X, many of whom may have been part of 90s rave culture, is placing more importance on food now they are in their 40s and 50s.

Now marketing to a wider demographic, music festivals have had to evolve and adapt to audience expectations across the board, including their food offering. The current landscape has inspired festival organisers to go to great lengths to secure the best traders for their events, sometimes creating as much noise about the food line-up as the music acts themselves.

Street food has brought the bustling markets of Marrakesh to Manchester and the gaucho culture of Argentina to Abergavenny, and is something that is now expected to be a key feature and enhance audience experience across festival fields. So much has food changed at festivals, that food businesses are now beginning to cook up their very own part of the festival scene. Street food membership organisation KERB now has its own festival, Jam on Rye. In 2019, singer Kelis not only headlined on stage but also collaborated with one member to create the hugely successful Kelis x Only Jerkin’ menu, headlining Jam on Rye’s food offering too.

The force of food

With the cost of music acts going up, organisers can no longer solely rely on spending big bucks on a headline act to draw in crowds. Additional experiences are often the differentiator now and food can offer the opportunity for a more rounded experience. Ideally, people should go home at the end of an event thinking they’ve had an experience that not only resonates with their lifestyle and ambitions but is also value for money.

Changes in what and how we eat, coupled with how we tell people about it, is also a significant contributor to the creation of a festival food scene. Search for the hashtag of any music festival on Instagram and, as well as the line-up in a traditional sense, you’ll now find the show’s food offering.

Music festivals have the opportunity to provide audiences incredible cuisine at affordable prices. Social media provides people with a medium to show off their new foodie finds and, in the weeks leading up to an event, festivalgoers are now taking as much interest in the line-up of food vendors as that of their favourite bands. 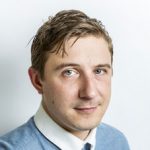 Mark Laurie is the director at the Nationwide Caterers Association (NCASS), the only trade association and primary authority for mobile caterers and street food sellers in the UK. NCASS also supports event organisers with its free online service, NCASS Connect. Organisers can search a huge variety of quality traders and see all their documentation at the click of a button, avoiding chasing documents, pushing paper and calling EHOs.

If you would like further information about running an event, promoting fairness to traders or sourcing caterers, please contact the NCASS Support Team on 0121 603 2524 or visit www.ncass.org.uk