Make sure to plan the right food offering at your next event with a trend report from Mark Laurie. 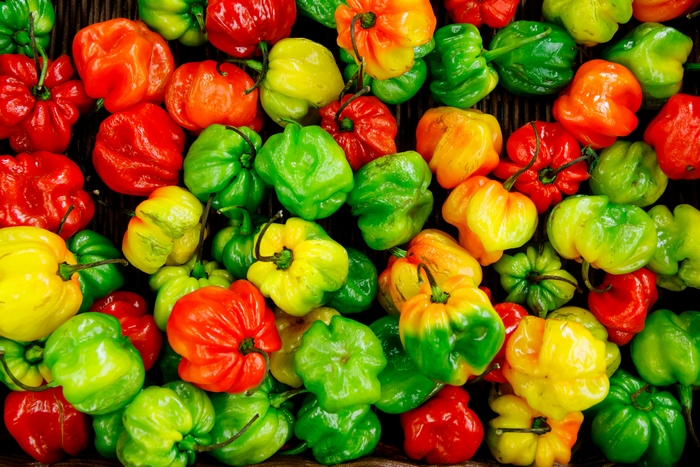 It’s been a decade of change for the food industry. Just 10 years ago, hashtags such as #avocadotoast and #plantpower were non-existent, sriracha sauce was scoffed at and fish free sushi would have been laughed out of town.

What we eat is constantly changing, as is the way we buy, consume and order food. To mark the start of the Twenties, we’ve taken a comprehensive look at the food trends that are set to take over the culinary world in the next 12 months.

Vegan-ish
A good majority of people recognise the need to eat less meat in order to help the planet but going from full carnivore to cauliflower can be challenging and costly for many who are not accustomed to the diet. Becoming vegan-ish, AKA, a Flexitarian (someone who follows a mostly plant-based diet), may provide the perfect balance in 2020. The rise of part-time vegans is a trend we’ve already started witnessing as caterers strive to create vegan options packed with protein, are Instagram-able and as tasty as their meat equivalents. In fact, research from Kerry Foods found that 20 per cent of people would be more likely to visit a pub if it promoted its plant-based dishes.

It’s not out of the ordinary now for meat eaters to opt for a vegan dish in a pub simply because it looks good, or for consumers to take part in initiatives such as #MeatFreeMonday in order to increase their five-a-day intake. According to the Vegan Society, the number of vegans in Britain has quadrupled to 600,000 since 2014 and flexitarians will make up half of the population by 2025.

The rise in vegan cheese, meatless mince and the array of fresh vegetables available to market these days means that we have more of an opportunity than ever to enjoy a balanced Vegan-ish diet.

Healthy comfort food
The past decade has seen the likes of superfoods such as kale, eggs, pulses and kefir take centre stage, but it’s the rise of healthy substitutes for comfort food that has really tickled our taste buds. Courgetti spaghetti, sweet potato fries and cauliflower crust pizza – of which Grubhub’s ‘Year in Food’ report showed a 650 per cent rise in popularity – are just some of the protein packed alternatives to greasy junk food that we’ve been loving, and the trend has no intention of slowing down this year.

West African cuisines
Whole Foods predicts a surge in the demand for West African foods in 2020, with tomatoes, onions and chilli peppers expected to pop up in various dishes alongside peanuts, ginger and lemongrass. The 16 nations that make up West Africa each have their own individualistic cuisine, but tangy jollof rice, sweet and spicy groundnut stews and deep-fried plantain are just some of the colourful dishes you can expect to look forward to this year.

Sustainable diet
Research from Attest found that waste is one of the top concerns for consumers, with 31 per cent of that relating to plastic, packaging and food waste. Globally, around 1.3 billion tons of edible food is thrown away each year and this is expected to increase to 2.2 billion by 2025, with many countries across the globe having now set targets to reduce food waste.

In response to the conversation surrounding the climate emergency, supermarkets have begun to stock ‘wonky veg’, festival organisers have got on board with food salvage schemes such as 8th Plate and catering businesses have outlined sustainability practices to ensure that plastic packaging is near on eradicated and food waste is prevented wherever possible. There will undoubtedly be a big focus on zero-waste cooking in 2020 – a trend that street food traders are already very hot on in order to reduce costs and help the environment.

Nut butters
Kiss goodbye to spreading Lurpak and marmalade on your toast and make way for nut butters! We’ve already seen a rise in sunflower and cashew butters hitting the shelves, now it’s time for the spotlight to shine on pumpkin, pea, cacoa and macadamia nut butters. Why? In addition to it adhering to paleo and keto diets, the trend has arisen due to brands looking to eliminate palm oil and make use of ingredients that have less of an impact on the environment. 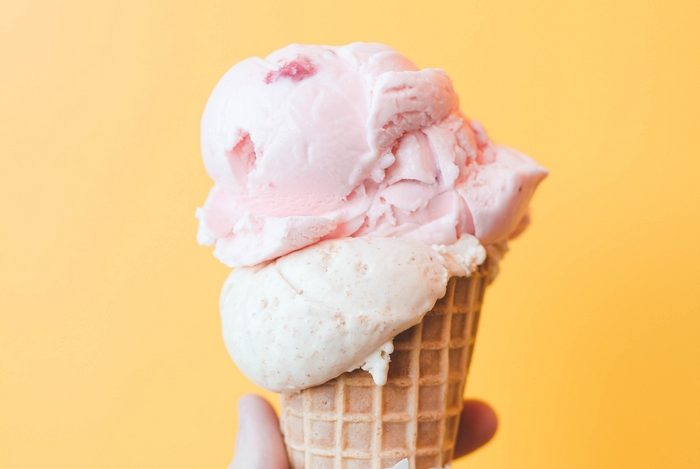 Sugar fix
According to Whole Foods, syrup reductions from monk fruit, pomegranates, coconuts and dates will be a big hit in 2020 when it comes to desserts and glazes. The controversy surrounding artificial sweeteners such as stevia has led to an increase in natural sugars being used in food – 31 per cent of people surveyed by Attest preferred using natural sugars rather than refined, and there’s set to be a surge in low sugar chocolate making its way to market. The new year will present an array of new syrups that are perfect for putting in puds.

No or low alcohol drinks
Stricter laws on drink driving, healthier lifestyles and the pushback against the booze-fuelled networking culture of old has led to the introduction of mocktails and low alcohol drinks to the market. With 19 per cent of both Gen Z and Millennials being teetotal, according to University College London, the free-from movement has spread in an extremely short time frame and Heineken’s 0.0 beer, launched in Europe in 2017, has grown 142 per cent in the last year according to The Grocer. 2020 will see the arrival of more unique options, including hops-infused sparkling water and zero-proof aperitifs.

Alternative flours
Coconut, chickpea, cauliflower and green banana are just some of the flours set to hit the market this year as consumers search for low-carb, grain-free and adventurous alternatives to traditional cornflour. The Great British Bake Off could prove to be particularly interesting this year as amateur bakers trial out these lesser-known ingredients.

Squid ink
A variety of different food items infused with squid ink have recently hit shelves, including pasta, burger buns and risottos. Not only does it look and taste great when drizzled over a dish thanks to its slightly salty, briny taste, but it has been associated with various potential health benefits due to it being rich in iron, antioxidants and other nutrients.

Seacuterie
Waitrose’s latest Food and Drink report has predicted a surge in popularity for ‘seacuterie’ – the seafood equivalent of a traditional charcuterie board using meat – think octopus salami, shellfish sausages or swordfish ham. Seacuterie includes pickling, fermenting, smoking and/or aging seafood and it’s set to convince a nation of unadventurous fish eaters to sample the delights of what Britain’s coastlines have to offer.

Adult ice cream
Bourbon, Baileys, Piña Colada and Malbec are just some of the flavours you could sample in 2020 as the demand for adult ice creams intensifies. Wasabi, avocado and goat’s cheese are also some of the unusual ingredients cropping up in your scoops this year. Here’s to hoping for a hot summer! 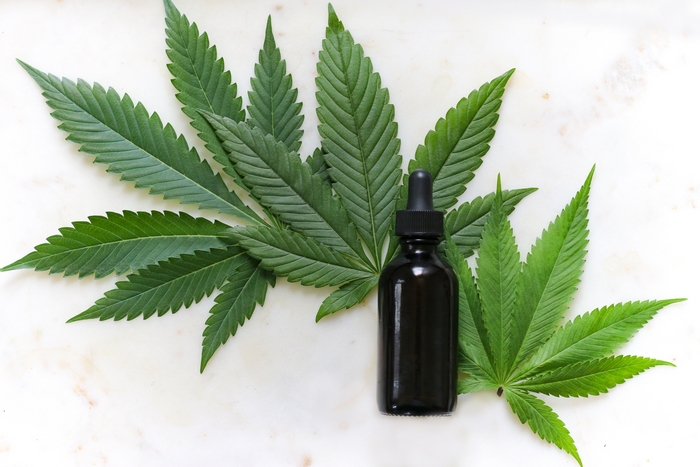 CBD
After a recent YouGov survey reported that one in 10 Brits had used CBD products – a non-psychoactive compound found in marijuana plants – experts believe its use in food is set to soar in 2020. “Cannabis is the new kale,” says Rich Woods, co-owner of London’s Scout. He predicts that CBD oil will be used more and more as an infusion in drinks, adding that “2020 will continue to see the trend rise, with more high-street bars experimenting with it.”

Food on the gram
Sharing food pics on Instagram shows no sign of slowing down, especially when it comes to tikka masalas, kormas and biryanis. Stay in Cornwall analysed Instagram data from the last year and found that the most popular food that Brits shared on Instagram was a classic curry, with 551,701 posts. Avocado, fish and chips, Yorkshire pudding and cream tea were in the top five, followed by sausage roll, trifle, chip butty, Cornish pasty and beef Wellington.
A recent study found that 13 per cent of Londoners choose to go to a restaurant based on how ‘Instagram-able’ it is, making it more important than ever to post hunger inducing creations on the gram this year.

What’s on your menu?
Whether these predicted trends take off in great numbers is yet to be revealed, but one thing’s for sure; the makeup of our national cuisine is certainly changing and bringing with it new, exciting and exotic flavours and ingredients to play with. When you consider the fact that 15 years ago the humble avocado had barely been heard of outside of the ultra-hip burbs of Australia, we’ve come a long way as an industry in welcoming new dishes into our staple diet and re-inventing the tiresome classics that were plated up in British households and restaurants once upon a time.

Whatever is in store for the culinary industry, we can depend on the fact that passionate chefs will always find a way to create mouth-watering dishes that continue to impress, push boundaries and create memories for food enthusiasts. 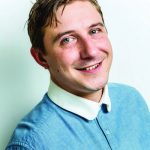 Mark Laurie is director of The Nationwide Caterers Association (NCASS), a trade association for independent caterers in the UK. NCASS works closely with event organisers and government bodies and has created NCASS Connect, an online hub for due diligence documentation. Designed to encourage compliance in the industry, the system also makes life easier for event organisers, traders and enforcement officers by reducing administration in the lead up to events. www.ncass.org.uk