Part of the leading UK festival brand Bestival, consultancy and prop hire company House of Bestival is an industry leader in decoration at festivals and events. Learn how the team creates wonder and how you can too

Since it first began in 2004, it’s always been Bestival’s aim to create an environment in which festivalgoers not only experience an amazing curated music selection, but also let go of their inhibitions and their sense of disbelief. The idea is to make the audience feel totally at ease and to allow themselves to be transported into faraway lands, giving them and their friends a truly escapist experience that disconnects them from their day to day lives.

Following on from that ethos, we created House of Bestival to help bring a sense of wonder to other events, to go beyond the predictable and make whatever we do an all-encompassing encounter. From the moment that the audience enters the gates, right through the duration of an event, every pathway, venue, tent or bar should add to the overall feeling, which in turn will create a greater sense of otherworldliness. This really helps to bring about a sense of community and is such an important aspect of what we do. 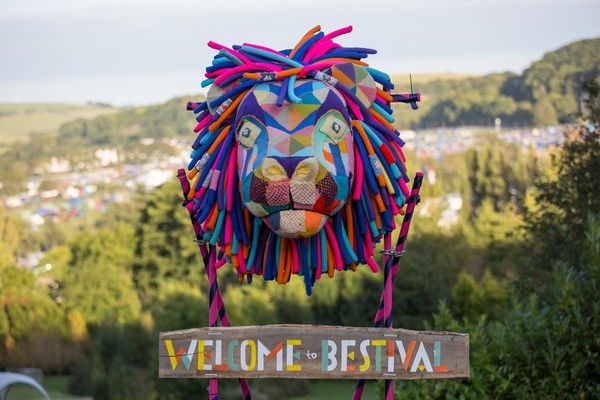 Bestival was one of the first festivals to build our creatives around a theme that changes each year. Deciding on the theme and the style for each year is a lot harder than it seems. Bestival’s creative director Josie da Bank is the real driving force, and the core Bestival team will spend a few weeks of the planning stages sharing thoughts and ideas around the office, looking for something that has a bit of depth and that sparks our imaginations and that will excite our audience in turn. More often than not, the theme will crystallise around a new stage or destination on site. It’s important that there is an element of expansiveness to it, so that once the central idea is in place everything can branch out from it, not only following the natural path of the theme but also playing on aspects of it to really drive home what it’s all about. 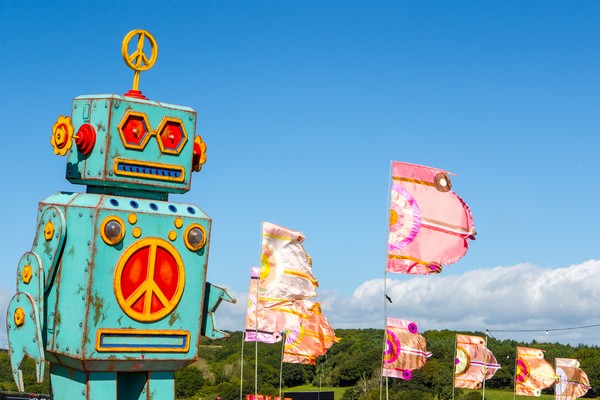 Focal points
Visual triggers play a big part in setting the tone for everything we do and the right look can really add to the feel of any event. As a creative team, we put a lot of thought and work into what will induce the right response from the audience. From colourful lightboxes, such as when we took our stars to Radio 1’s Big Weekend, to well-placed props, like our Wurlitzer cars at The Metro’s circus-themed event, there’s huge scope to affect a reaction.

One of Bestival’s best-loved venues, Bollywood, became a firm favourite with the audience because alongside evocative music, the parasols and daybeds that dressed the area really brought it to life and informed how it made everyone feel. This year, Bestival has commissioned a 6m long confetti cannon to sit as a centrepiece in one of the new arenas. As the focal point of an area with a world class line-up of DJs, the cannon will create a number of theatrical spikes that will heighten excitement throughout the music programme, enhancing the whole experience and adding a unique air to discovering something new or seeing your favourite act. 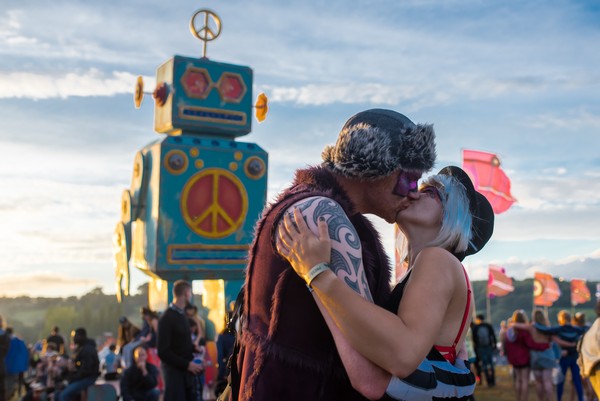 Installations
At House of Bestival we have always liked to create high impact installations that work on several levels. Ideally, we want to devise something that will create a talking point and command the atmosphere in its immediate area. From The Port, which featured a huge boat façade that worked as a DJ stage, a performance platform and an awe-inspiring visual spectacle, to the Guinness world record holding World’s Largest Disco Ball, the sense of wonder that large scale installations stimulate goes a long way to shaping the character of an event. 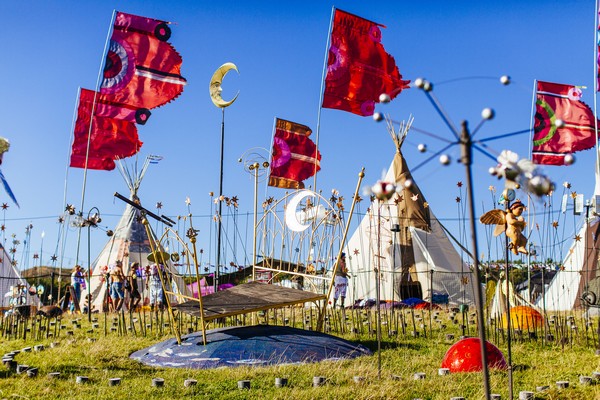 Big impact with small items
When it comes to creating an atmosphere at scale, flags are an amazing tool that have a high impact within a large space, bringing bold and imposing colour pallets to an otherwise blank canvas. Focus in on finer details when working with smaller items, such as festoon and lighting, to keep a seamless feel. Think about how to group together pockets of creative throughout an area, rather than trying to cover the whole site. A well-dressed bar, with multiple levels of texture and depth created by multiple items will have a much stronger impact than those same elements spread thinly across a large open arena. Catching people’s attention is what really makes the impression that helps to develop a visual mood.

Outside of bespoke, commissioned pieces, there are plenty of areas that can be used to continue your theme uninterrupted and keep everyone’s imaginations firing wherever they look. The best areas to help really bring everything together are the bars, which give you a large creative breadth to play with. From containers with imposing facades to refurbished caravans, like the Jam Jar Bar, which is always very popular at events, you can make a lot of different impressions with a bar. Seating areas always offer a lot of scope to add character, and arena and venue signage can really engender the spirit of your creative theme. 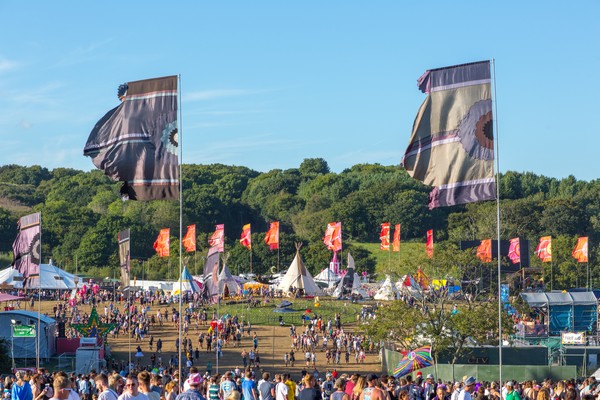 One of the key things to think about when creating an atmosphere at an event is your space vs budget. Creative event signage is a great starting point for smaller budgets, creating a focal point as you enter in to an arena or venue, setting the tone for what to expect inside. The smallest of budgets will focus on the signage itself. Medium budgets can then look at how to build on this, extending out from the core creative with bespoke lighting, bunting and props that develop the signage into more of a statement set piece. This will extend the reach of your creative and add to the overall impact, which as we know is a key element of eliciting the right kind of atmosphere. With a larger budget, you can then look at how you carry on the thematic tone set at the venue entrance throughout the whole arena or venue. Bespoke sculpture, installations and art pieces can sit below bunting, flags and lighting all set to a distinct colour pallet.

DIY
There are a lot of things organisers can do themselves to bring their creative visions to life. Bestival started with, and still evokes, an organic and hands-on creative process. Handcrafted and bespoke pieces always make a deep impression on an audience and personal touches are always noticed. Alongside a dedicated team working year-round to produce large set pieces and immersive stages Bestival still has an army of volunteers on-site working hard to tie it all together with finer detailing. All this detailing can be achieved with a DIY ethos and goes a long way to elevate the creative landscape of an event.

ABOUT THE AUTHOR
Joe Elkins is part of the creative team at House of Bestival, an event consultancy and prop hire business. Set up by Josie da Bank and Ziggy Gilsenan, the creative and brand marketing forces behind Bestival, House of Bestival was established to share their vision and work with likeminded clients. With one of the strongest creative teams in the industry and an exciting selection of micro-venues, bars, furniture and props available, House of Bestival prides itself on turning events into something extraordinary. www.houseofbestival.net