How husband and wife team Emily and Harry Wilsdon channelled their love of art and theatre to create experience-centred hospitality. 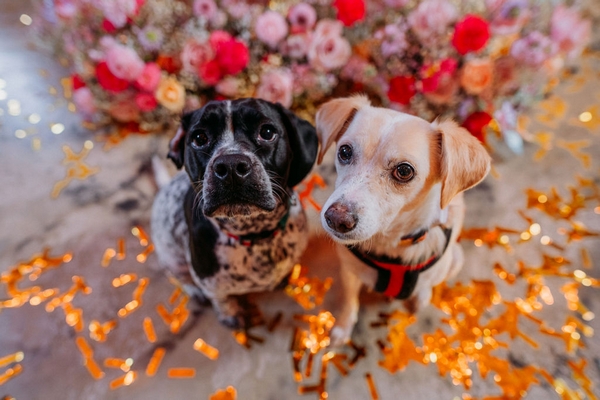 Originally from the States, Emily moved to the UK at 21 where she met her husband Harry. Both studied fine art and took ownership of a derelict farm in 2008.

“Harry is from a farming family and we originally bought the site for its land, but there were some agricultural buildings prime for conversion including a 15th century timber barn. Harry is a builder and we had developed a couple of properties so we decided to create some holiday lets. This was the start of Creeksea Place Barns.

“Things took off in 2010. I had been teaching at a primary school and was on maternity leave. I remember my son William at a day old and me working on the website. I remember that first call from a potential guest – Harry took it and he was so excited he wrote down the dates they wanted to stay but no other details! That was when we decided I would handle the bookings…” 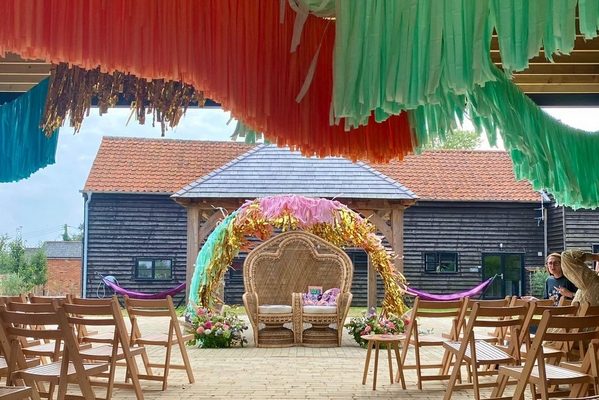 The couple soon had six holiday lets and two hotel style rooms and were busier than ever. Needless to say, Emily didn’t return to teaching.

When demand called for it, the couple converted another building into a café, originally intended to serve guests. “The café was meant to be quite low key, serving coffee and cake to guests but the locals love it and it has become a community hub and drives the rest of the business.

“When the café opened we ran loads of events to get noticed, including evening pop-up restaurants, dog festivals and themed days. This helped build a local following. We have held our mid-summer festival for about seven years – a two night event featuring local bands, a craft tent, food vendors etc. and attracting about 500 people. I absolutely love doing it!” 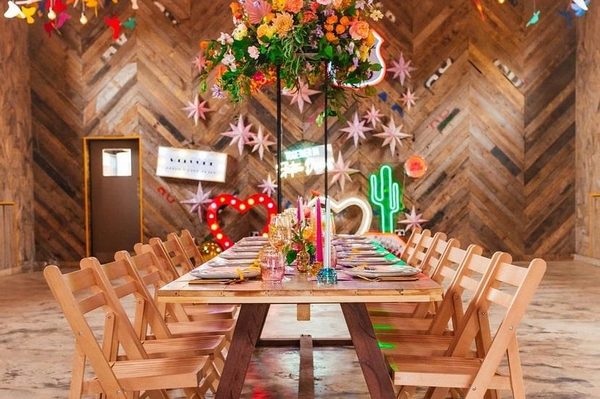 Diversification
Creeksea Place Barns has grown organically, reinvesting at every stage as the business matures. It is still an arable farm run by Harry’s father who has also just installed 30 acres of vines. By 2016, it had an onsite gym and spa and, last year, added a barn venue for weddings and events – the Canary Shed.

“We’d had a few couples hire the whole site for accommodation for nearby weddings so we thought why not offer weddings here? We looked around the area and tried to find a point of difference for ourselves. We are right next door to Creeksea Place, a Tudor mansion, which offers a traditional wedding experience but not everyone wants that so we have gone after the ‘alternative’ market. We created a colourful, fun, bright space – a farm feel with a modern, artistic twist. We both love art so have had a lot of fun with original artworks, and eclectic, homely furnishings. 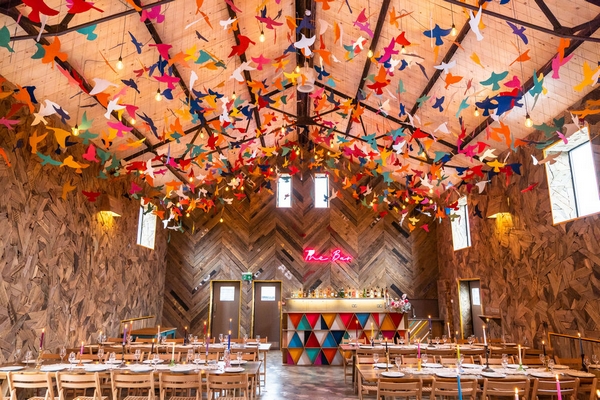 “We stayed sympathetic to the original features such as the elm beams in the barn, and even the cool corrugated iron roof on the old industrial building that became the café. In fact we took it off, put up a new, insulated roof then re-erected the original roof inside”.

It’s inside the new Canary Shed where Emily and Harry’s creativity was really let loose. “We knew we wanted a chevron wall at one end and approached a local farmer who had a lot of waste potato crates. It was a real lockdown project, breaking up the boxes and cutting the shapes. Harry would be in there every night piecing it together. The offcuts were used on the other walls as randomly as possible to create an intricate puzzle”. 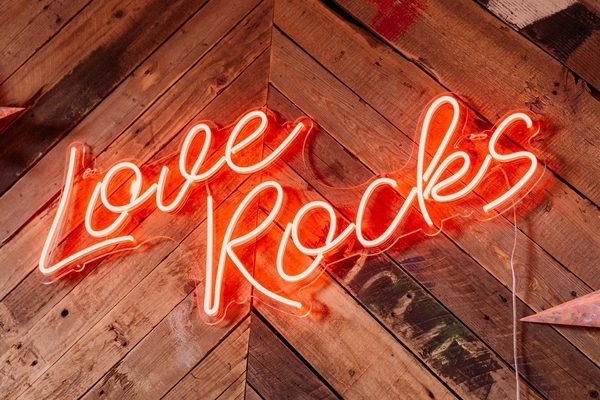 Staff
Creeksea now has a team of around 40, a long way from the days when Emily and Harry were managing the site and working in the café. “We had a part time cleaner but we were so busy that when one lady turned up for an interview we said we urgently needed help that day and she never left! She’s still with us now.

“Our staff are 100% the most important part of our business,” says Emily. “We’ve learned a lot over the years in terms of hiring people and putting them in the right places for their skill sets. We made mistakes too… I had a brilliant girl who was front of house in the café and when our manager left she was very keen to try the role. Unfortunately she crashed and burned – it just wasn’t the right fit for her. 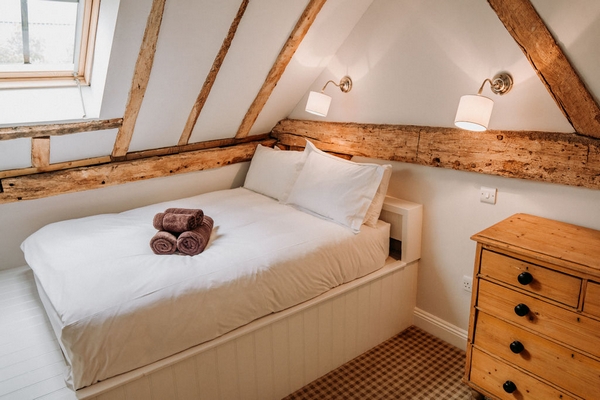 “As we have grown we have hired people from other larger businesses. Our general manager Julie came from management at Sainsburys. She has brought a lot of learning to us in terms of policies and procedures. We are really open to changing our systems and adapting when people suggest more efficient working practices.

“We’ve got to a point where we don’t outsource anything now. We have five people in the office full time as we have recently taken on a marina and hotel! The marina is sort of inherited but the hotel is a really exciting new string to our bow”. 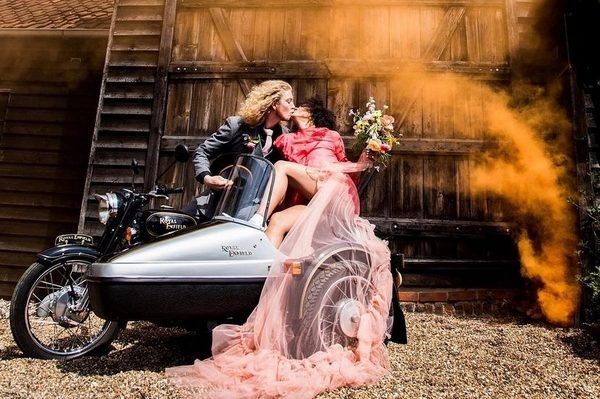 Escape room in reverse
The Clockwork Hotel in nearby Burnham on Crouch is an experiential attraction that turns escape rooms on their heads. “We bought the building – a rundown old pub – at an auction. We both love immersive theatre and the original plan was to have an experience where guests could stay and we’d have actors employed to interact with them but the business model didn’t add up as the staff costs would be enormous.

“So we went for an escape room where instead of having to solve puzzles to get out of a room, guests have to work out how to get in for their night’s stay! It’s been so much fun but it was certainly a challenge and I don’t want to ever design an escape room again! We had to map out how groups of people would move around a relatively small space so they cross over smoothly and create a mix of games from physical to mental and enough alternative puzzles to keep repeat guests interested. Thinking about all the eventualities and how people might be able to cheat etc. was so mentally exhausting that we had to limit our brainstorming sessions to one hour a day. 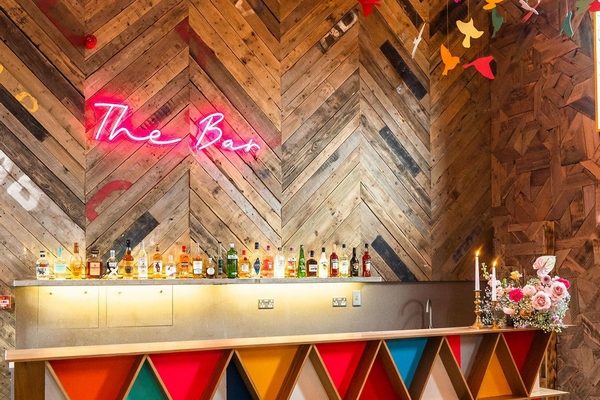 “The business model works well too. We can offer a high level experience at a minimum cost by making the fabric of the hotel work for us. We have 11 rooms that sleep 22 people and charge £160 per person per night. We hire the hotel out as exclusive use to one group at a time and it is fantastic for hen and stag dos, corporate get togethers etc. Occupancy is brilliant with every weekend booked until 2023 and a few mid-weeks. The great thing about it is that if we have no one in we just lock up and leave. Staff wise, we have a bar attendant and a high energy host that guides groups through the games”. 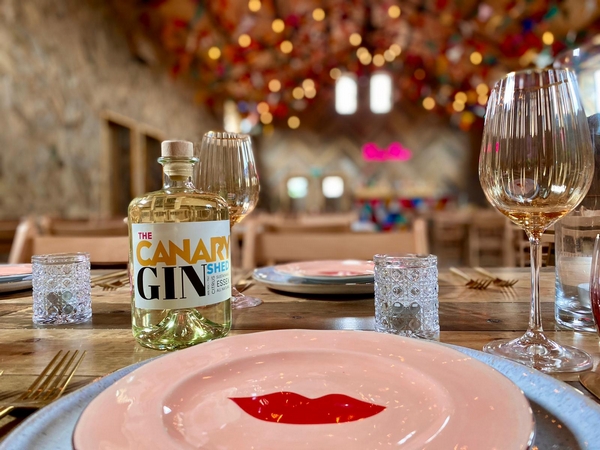 Emily had looked at offering more quirky accommodation at the farm but the planners were not keen. “We had a vision for a carbon neutral glampsite, the idea being that guests could only travel to us using public transport. We are walking distance from the town and the railway station but the pre-app suggested it would be a no go so we haven’t gone ahead.

Rather than being put off, Emily and Harry have already identified their next creative offering… “We have an old WWII Nissen hut on site and the plan is to turn it in to a mini cinema where guests can make their own film and then have a private viewing”.

It’s just as well that the business is thriving, jokes Emily, “I don’t think we could ever get other jobs as I am pretty much unemployable now; I know I wouldn’t hire me!” 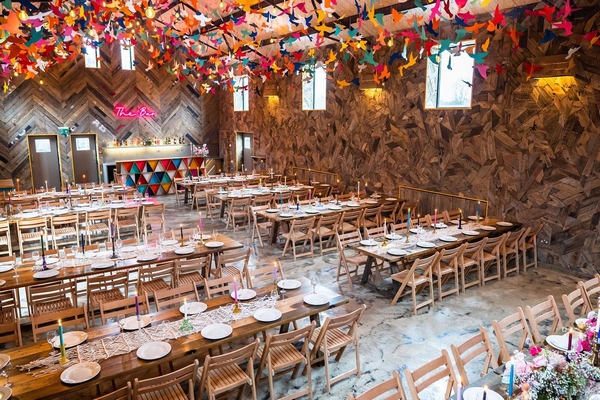 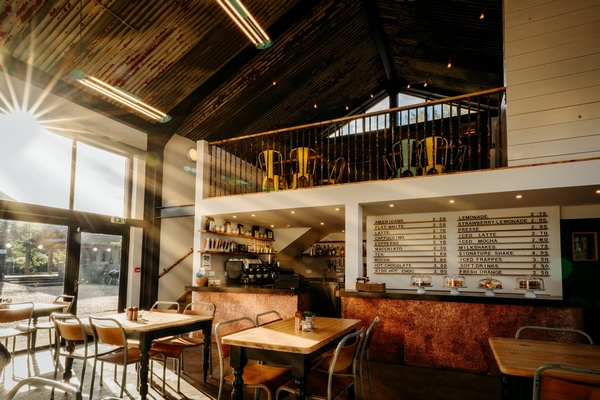