With a passion for re-connecting people and rebuilding communities, Edmund Colville is transforming West Lexham into what he hopes will become a “spiritual Soho Farmhouse”. 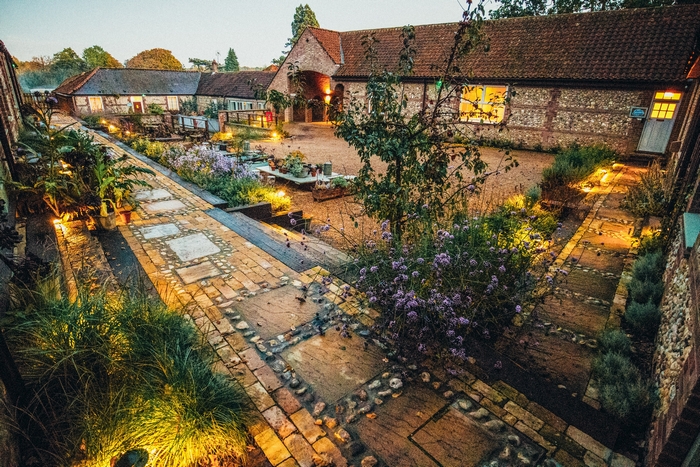 Having studied sustainable architecture at the Centre for Alternate Technology (CAT), Edmund Colville had a strong vision for the Norfolk farm his parents took over in 1997. Intent on restoring the derelict buildings and creating an income for the estate, he also wanted to find a way to rebuild the local community.

“The farm historically played a central role in the village of West Lexham – we even have the old village hall on site,” says Edmund, “but with mechanisation it became uncompetitive and ran aground. At the same time the village dwindled with the age of the car and people living less local lives. It lost its school, post office and pub.

“The farm used to employ 25 people but now pretty much all the land around us is farmed by sub-contractors with one or two people in an office. There are less jobs and the community has suffered greatly.” 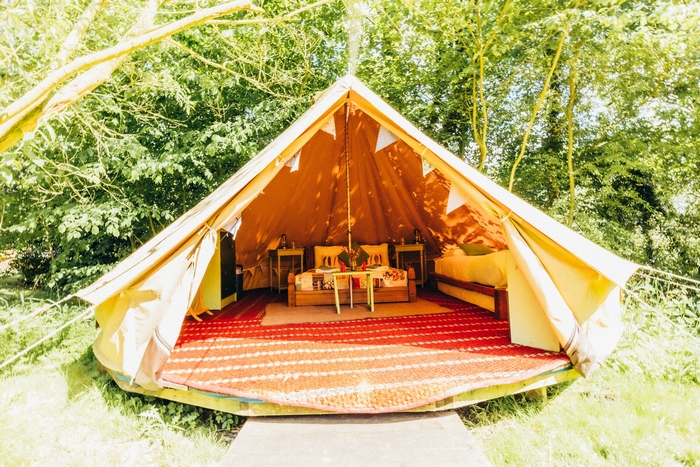 Wanting to contribute to a solution, Edmund set about finding a way to restore the buildings at West Lexham Farm and 21 acres of overgrown land while creating employment and livelihoods.

“When my parents bought the property they took on the manor house but with no plans for the outbuildings. My first thoughts were to create a place people could visit to learn about low impact building and living, so I came up with the idea for a residential retreat centre.

“This type of business is established in the States, with residential retreats having been around since the 1970s, but there aren’t many in the UK. There was no well-trodden path to follow, unlike opening a hotel and restaurant, so we had a lot of thinking and research to do. Should we offer dormitories or, with consumer demands changing, would single occupancy rooms be a better model? We opted for flexible spaces offering a combination to cater for different budgets.”

Edmund made a brave decision in 2011 and introduced glamping. Converting an old piggery into glamping pods with an event space above, he also added bell tents and treehouse accommodation. 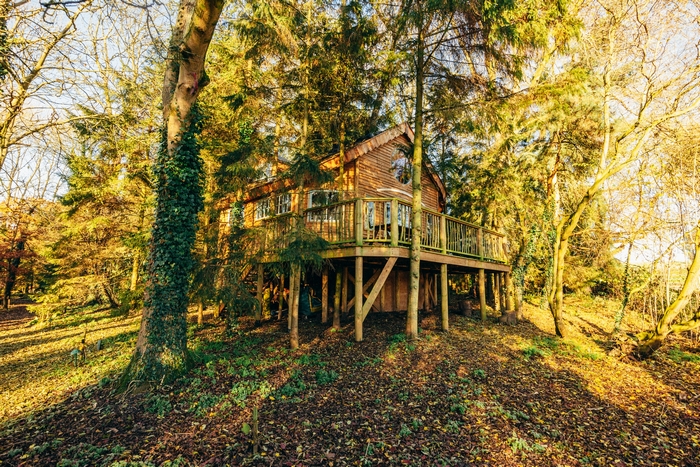 “There was no glamping industry back then and I think we were one of the first to offer bell tents. I am almost certain we were the first to offer a commercially rentable treehouse. It was actually built in an educational capacity as a project for a birthday retreat. As we specialise in building with reused materials it has lots of character and most of it was finished in a weekend! It’s still in use and known as Tinker.

“Today we have a total of four tree houses and two ‘Tree Temples’ all of which are quirky and unique. We build all our own structures here and have learnt that you definitely get what you pay for. While commercial treehouse builders will charge a premium, a lot of the cost is in the materials you choose. A structure can double in cost depending on whether you are using softwood and roofing felt or hardwood and cedar shingles.” 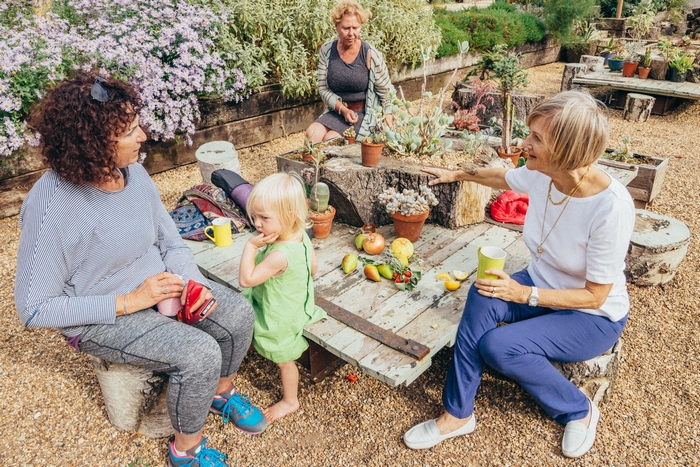 A blessing in disguise
With retreats making up the lion’s share of the business, events are another good earner for West Lexham. “The Barn is the most popular events space we offer. It has its own amazing dining room, kitchen and courtyard garden as well as ensuite bedrooms. The old Village Hall is a lower cost option but just as lovely. We have a steady stream of weddings and corporate events through these two venues and have seen a rise in the popularity of the ‘un-conference’.”

The barn is the result of what could have been a disaster for West Lexham when in 2012 the piggery burnt down. “It was actually a blessing in disguise!” says Edmund. “It was the 10th anniversary of the Secret Garden Party where I used to do site planning and production and I got a call that there were fire engines at the house. I missed the celebrations and returned to find destruction. But we were well insured through the CLA and there was no issue with the pay-out. We got some DEFRA and EU match finding and, along with some of our own savings, it allowed us to convert another barn.

“If it hadn’t been for the fire it could have taken us years to get the cash together. We had been working out of a corridor in the house, and then an unheated garage with no windows!”

A post-glamping boom business
The glamping element of the business is getting harder, says Edmund. “We love getting people out in the wild but the market has changed dramatically. When we started there weren’t the aggregator sites there are today and Canopy and Stars had just launched – we were right there at the beginning. Now it seems anyone with a backyard is offering some sort of alternative accommodation but they don’t have the overheads we do. We are also in the position where we have to charge VAT.”

So Edmund is looking ahead and planning for a ‘post glamping boom’ business model. “With the number of glamping offerings increasing, it is only going to drive prices down further and we don’t want to hang around for that trap to spring! Our next phase is for an educational centre with a reference library and café to provide more ‘content-based’ stays. The whole experience of a stay with us would be about lifestyle and healing – a place for contemplation, appreciation and transformation for those who seek it.” 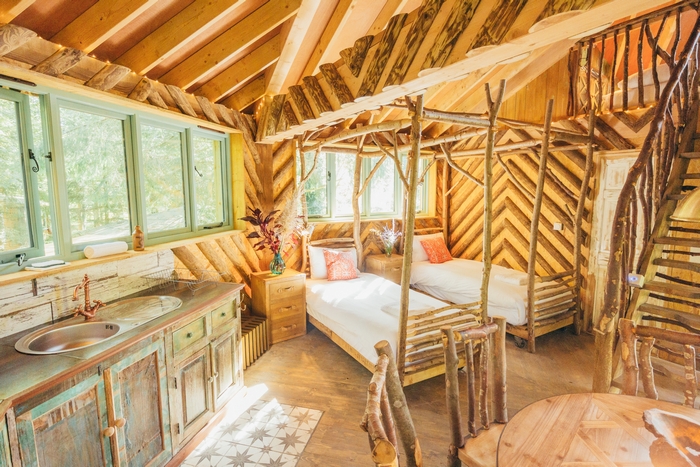 Edmund himself has studied many healing and facilitation techniques. “People have been saying the world needs to be saved by going zero carbon, but it is more than that. I believe our problems stem from the inner, outer and wider view that we all adopt, but it all starts within. Humanity is made of our collective inner worlds – to change the world, we should start by looking inside.

“With our new education centre, West Lexham will become a place you can totally immerse yourself with in depth retreat programmes where like-minded people can meet and talk about the unconventional and research all manner of spiritual beliefs through the reference library.”

Sustainability at its heart
West Lexham is 90 per cent fuelled by renewables, grows its own organic vegetables and has created a charter for employees. “I am excited to see how far we can go with this,” says Edmund, “things like creating a greater narrative around what coffee we use and so on.”

And how successful has West Lexham been in reinvigorating the local community? “We employ local people and are run on the principles of social enterprise,” says Edmund. “Having repurposed otherwise redundant historic buildings, we have set ourselves the goal of transforming West Lexham into a valuable contributor to our local community and economy. In particular, we want to create local employment opportunities centred around a positive culture of personal development and team building.”

The community at West Lexham includes friends and family. “The idea is to replicate old village life, where children are used to living around older generations. My mother gets a buzz from the social element of the enterprise and our children get the joy of being around her. She also advises on ideas and is fantastic in the garden.” 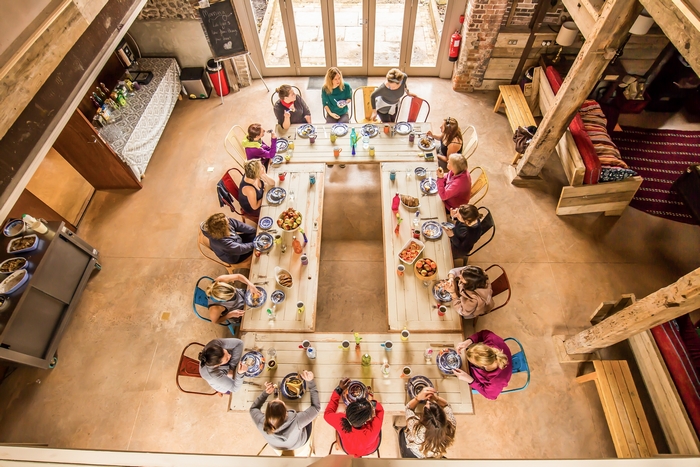 West Lexham is the first UK member of the international Holistic Centres Network based in the States and Edmund is investigating setting up a UK network. “I want to do something in the spirit of collaboration. There are no business models out there for what we are doing, yet it is an emerging market. 20 years ago when I left London there weren’t many yoga studios about, now they are everywhere! Mindfulness and meditation are following suit, and now healing. It is mostly entry level stuff but as appetite grows things will need to go deeper and it makes sense to create a business network to facilitate growth in these areas.”

Edmund is proud of what has been achieved at West Lexham, especially in its team culture. “It’s all about love and care, and every action is important in getting that buy in. We strive to be an open house to anyone who wants to spend time in nature, living sustainably and meeting lovely people.”

With a vision to add value to the world by connecting an ever growing community of like-minded folk, Edmund’s future plans also include a wellness spa, restaurant supplied by the farm’s own produce and pop up workshop spaces. “I would love to create something akin to a spiritual Soho Farmhouse, honing and enhancing what we already have. As our project grows, we plan to provide increased support to charitable schemes with a commitment to continual reinvestment of profits – it’s about igniting something positive in everyone who comes here so that it might ripple out into the wider world”. 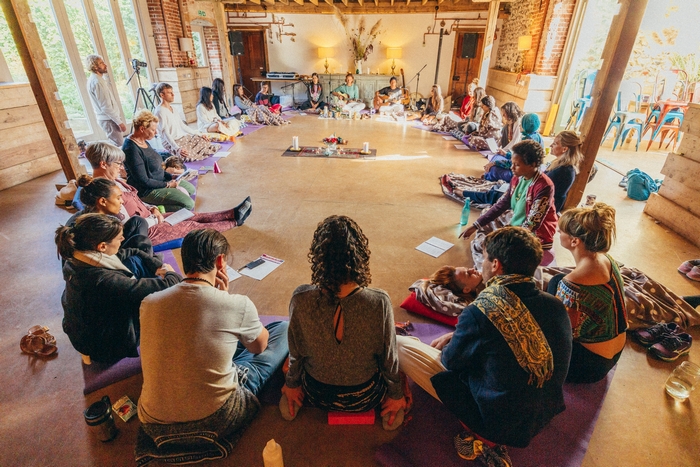 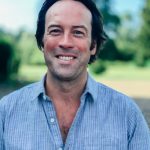