Known as the ‘painted castle’, Kelburn and its estate is a multi-faceted business. Along with a country park, it operates as a venue, glampsite, and hosts seasonal attractions including a summer festival. But diversification isn’t without its challenges – we talk to David Boyle, the Viscount of Kelburn. 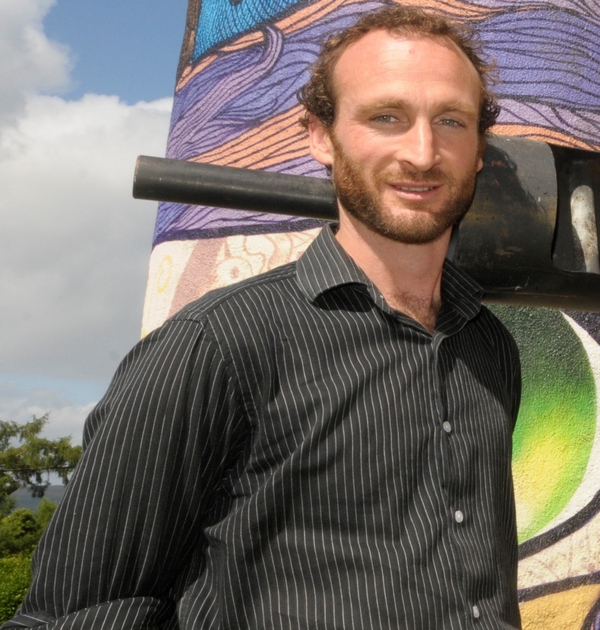 Having studied architecture, David Boyle gave up his clients to focus on the family home at the Kelburn estate 10 years ago. “I didn’t have any experience and hadn’t done any estate management courses so I felt very under prepared!” he says. “Kelburn has been with the Boyles since the 12 century, making it the oldest property in Scotland to have been inhabited by the same family, and there is a duty to carry this on.”

The large house in Fairlie, Ayrshire, is the seat of the Earl of Glasgow. David’s father, Patrick Boyle, currently sits as a peer in the House of Lords and over the last 10 years has been handing over the reins of the day-to-day running of the estate to David. “In 1977, my parents opened the estate to the public. They created the Country Centre as a day attraction with walks around the beautiful grounds, an animal area, adventure course and play fort. In the 1990s he added the Secret Forest, a magical trail through the Rhododendrons with fantastical areas to discover, including a gingerbread house, Chinese temple, crocodile swamp, grotto and maze.” 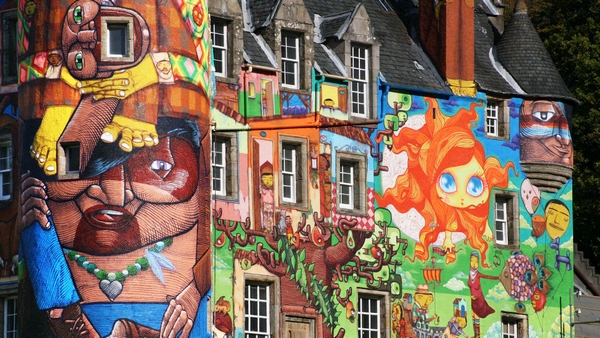 But what really put Kelburn on the map as a destination venue was a 2007 art project inspired by a present from a cousin. “It was a book on street art. We knew we had to do something about the 1960s concrete render of the main house, which was due for renovation to protect the stonework underneath, and it was my sister Alice’s idea to do something bold. A series of synchronous events led us to four Brazilian graffiti artists.

“There was some work in the book that we loved the look of. We were talking to a friend in Edinburgh and it turned out they knew the artist! We were a bit worried about what my father would think but despite it being such a big scheme he was really open to it. I think the term ‘graffiti’ has a negative connotation but when we showed him the kind of art we were looking at he was incredibly supportive.”

Next was getting permission from Historic Scotland to paint the Category A listed building. “We agonised over the letter to them. We thought we’d have to write a particularly clever letter making all the points about why they couldn’t refuse, but they wrote straight back saying it was a great idea!”

It took four artists (Nunca, Nina and the Os Gêmeos twins) three weeks and 1,500 cans of spray paint to complete the mural that covers half of the castle’s facade. “It certainly put us on the map, and in the first year 25 per cent of visitors came just to see the work,” says David. “We featured on the Culture Show and in global news so it raised our profile significantly. There is so much competition in Scotland among venues and it has certainly helped us stand out.”

Playing host
In addition to its country park, Kelburn is host to corporate events, weddings and private parties.

“My grandfather started us off as a venue. He often had paying American guests before my parents took over. When they moved in, my mother worked very hard to bring weddings and corporates into the house. The street art has also helped attract a different set of clients, although one side of the house and the interior is still very traditional. 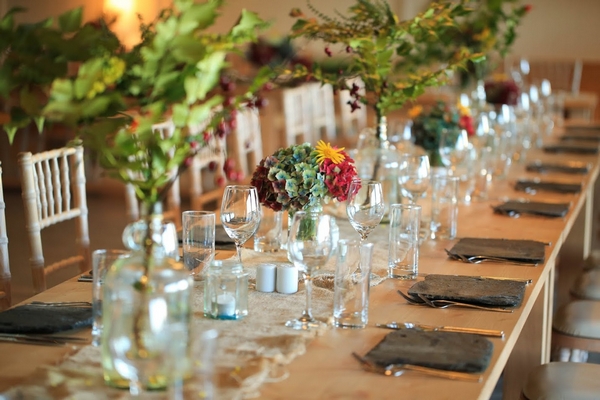 “We have got much better at using the estate as a venue for major seasonal events too. We have run a scare attraction at Halloween for the past five years. It attracts around 8,000 people, with installations throughout the forest. At Christmas we create ‘Santa’s Christmas Forest’ – an interactive trail with lights and characters. We also play host to a Christmas market and have an Elf on the Shelf event in the play barn.

“It’s easy to get to the end of October and think about having a rest but Christmas is a very important source of income.”

Music festival
As if taking over such a legacy didn’t give David enough on his plate, he decided to add a music festival into the mix. “I set up a limited company, Kelburn Arts, and started the Kelburn Garden Party in 2009. I was in an enviable position in that I had the land and infrastructure at my disposal but actually, all things considered, it didn’t make running an event of this scale any easier!” 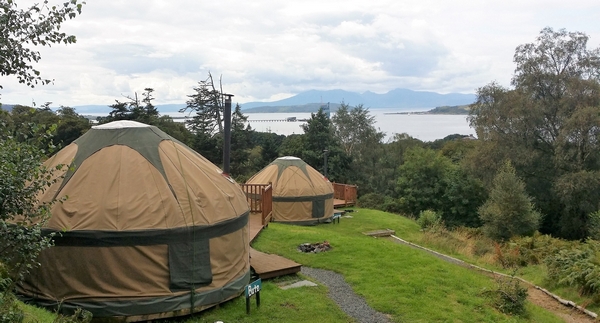 The festival now attracts around 6,000 people. “We have a crew of around 500 with a core team of 15-20. I love music but have never thought of myself as a muso and if I knew then the amount of hard work it would take I never would have started! It has certainly been an adventure – I look back on those early days with us cooking the burgers, the power going down and things falling apart and it makes me so proud to see what we have achieved. It is something a group of us started, as opposed to inheriting, and it has gone from strength to strength. We have had some amazing reviews and we are now just in profit for the first time since we started. That said, as with any major undertaking, I never feel I am on top of everything!” 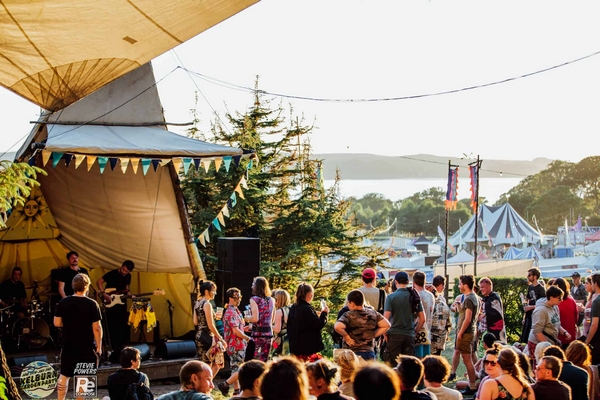 Keeping afloat
The overheads required to maintain an estate with a house and grounds the size of Kelburn are significant. “We have 35 members of full time staff plus part time and seasonal team members. Add to that the maintenance of the grounds and castle, insurance and any special projects and our outgoings are significant. I always have this at the front of my mind when considering any further diversification.”

David reports that for the first time the estate is set to turn a trading profit this year. “A lot can still happen to scupper that – our year end is in February and winter can always throw in a few surprises!”

This year, Kelburn upped its glamping offering with the introduction of yurts. “We had been running bell tent glamping for some time – something we introduced five years ago. We chose bell tents as they are low key and didn’t require much in terms of up front costs, then we moved on to yurts. But we didn’t make it easy for ourselves with the site. We began the folly of putting them on a hillside… the views are fantastic but it meant creating terraces by cutting into the hill for the decking platforms.

“The glamping has been popular so we applied for LEADER funding in order to invest significantly in upgrading the project. We now have some yurts and are putting in a new road, services and a kitchen building. We plan to eventually upgrade to permanent, all season structures; about 12 units in total, one way or another.” 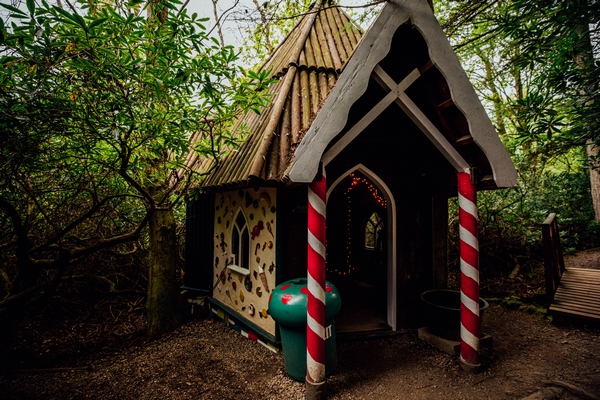 Kelburn is well supported by its local planning authority. “We have a long standing relationship with them and they recognise the value we represent to the area as a tourist attraction. They are pro us expanding and surviving. The glamping project was relatively easy, just a few things for Building Control.”

Just do it
David says he visited the Farm Business Innovation Show and commissioned Savills to conduct a study on competition in the area. “But I have to be honest and say I haven’t done a lot of research. I just tend to have an idea and go with it, although we agonised with the glamping project, working out what direction to take. In the end we thought it was worth investing in something substantial as there aren’t many decent glamping operations in the area – people pop down from Glasgow for day visits but there aren’t many places you can actually stay.”

One problem with running an estate, says David, is that you are always spinning plates. “It is easy to feel that you aren’t giving any one thing the best of you, and that if you put too much energy into one part, you’ll be dropping the ball somewhere else.

“I have been trying to get better at the art of delegation and to force myself to be at Kelburn less – it makes me much more efficient with my time. It feels weird stepping back, having been so hands on for 10 years, but it’s necessary in order to take a more strategic role. 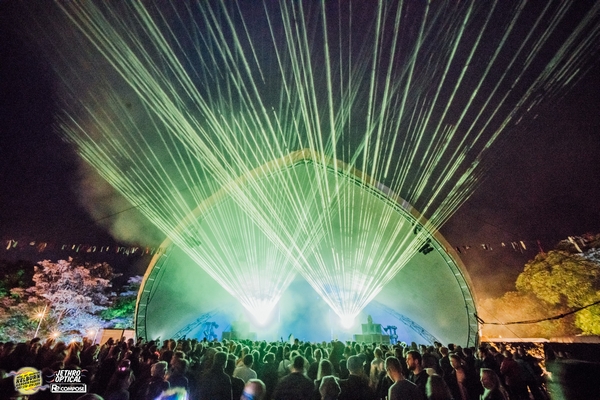 “The team here is fantastic. We try to pay reasonably well but we don’t have a huge budget so we are probably two or three positions short; people do end up working very hard. I try and be a flexible employer and appreciate that people have families and often have to work long hours or at weekends. I try and be accommodating with time off and I hope they know how much I appreciate what they all give to Kelburn.”

A family affair
With the estate in the Boyle family for so long, there is a great responsibility for the next generation to maintain the business. “My father is very grateful that I have taken it on as he spent his entire life trying to hold on to the estate. He had been in TV and film but had to give that up when he took over from my grandfather. We have had to give up our chosen careers to keep Kelburn in the family.

“My father is a peer in the House of Lords so spends a lot of his time in London but I know it must be hard for him to let go completely. He is very supportive but we do disagree on some things! He still lives at the castle and I have a flat in Glasgow that I like to escape to.”

In asking David what he is most proud of, he says: “That things are slowly coming good. With such a multi-faceted business, it is easy to constantly feel you are not doing it properly, that you are a ‘Jack of all trades’, and it can make you a bit down on yourself. But I have learnt that to be effective you need to focus on one thing at a time and not overthink things too much. Inch by inch things get there, it’s the only way to do it.” 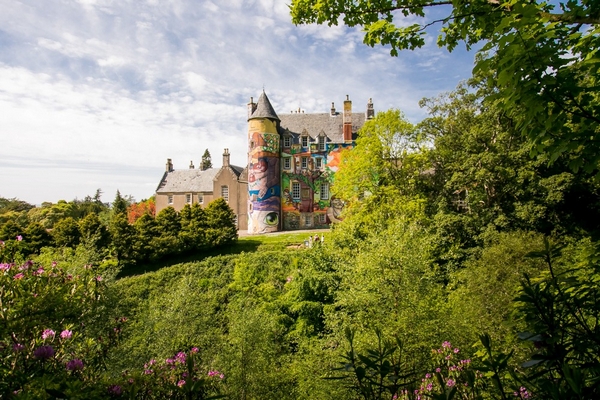