A Q&A with Greg Wells, organiser of the Bristol Craft Beer Festival which went ahead post-lockdown with 2,500 visitors for a series of ticketed sessions across three days in September. 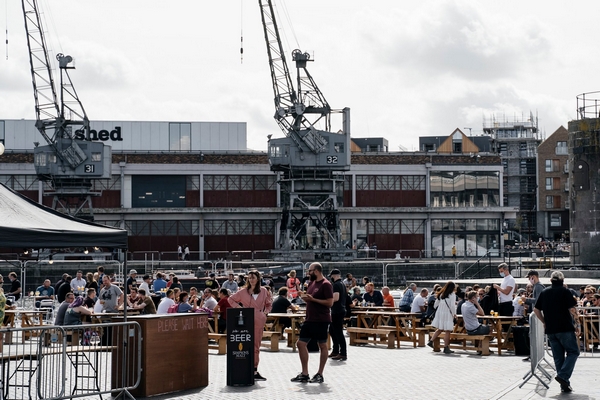 What was your original plan for the event and when did you know you would have to postpone?
At We Are Beer, we run five beer festivals across the country. The Bristol Craft Beer Festival was scheduled for 12-13 June and is in its fifth year, last year attracting 5,000 people and 50 breweries over three days.

We originally postponed back in April. It’s the first event in our calendar and knowing we’d lost our key ticket sales period meant we had to postpone, little did we know this Covid thing would rage on. It was a sad day.

How did you work as a team to manage the decision and rearrangements?
I was actually in Thailand having a holiday before the festival season kicked off properly when Covid really hit the UK. Alas, the holiday just became a series of horrible phone calls with our leadership team and board. The key was being open and honest with everybody, accepting the fact that so much was out of our control, but also not acting too quickly or with knee jerk reactions. 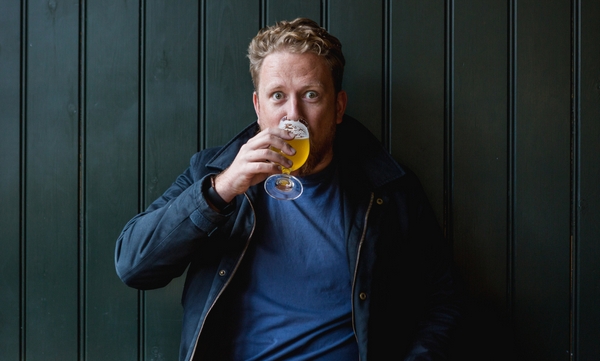 What was your communication strategy with attendees, sponsors, suppliers etc?
Again, being honest and open about what we were doing – that’s the way you build confidence. You have to take everyone on that journey. It feels less like it now on a political level, but back then it was ‘everyone’s in this together.’ Our business is built on goodwill and great relationships between us, the punters and all the exhibitors, sponsors and suppliers – the last thing we wanted was to damage that goodwill, and honesty and positivity is the best policy.

How did you work with the local authority to rearrange the event?
We attended many Zoom calls with city’s events industry, which including all the council stakeholders. When we got the go-ahead we did two rounds of SAGE meetings on our event management plan. It was a really great and rewarding process, if a bit stressful.

Obviously we focused on every last detail. There were so many measures across comms, layout, operations, production and technology. We even developed an app… 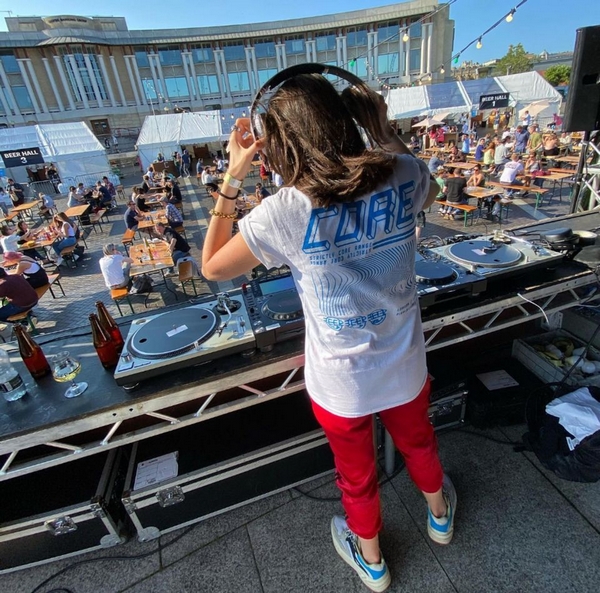 How did your sponsors and suppliers respond to the new arrangements?
Obviously, as with any event in these circumstances, there was some nervousness and trepidation. They trusted us though and we delivered. Everyone was so stoked. It’s an active scene, it’s all about socialising, so to get one event done well was a real boon to everyone who was there.

How did you manage the event days?
Attendees were invited to be part of the festival on tables of no more than six. We had a strict one-way system that kept all movement to a minimum and developed an app that directly pinpointed an individual to a table to ensure the most accurate tracking possible.

We also provided everyone with their own glass for the event, did temperature tests, track and trace and undertook extra sanitation of the washroom areas.

Were there any hitches?
No, not really. The government reiterated the rule of six two days before we opened. This was already in our plan – it only caused confusion in people’s minds.

Was the event profitable?
Yes, we made a profit. It was great in fact. Obviously it’s one festival of our five, and the only one that could happen, so overall it’s been a loss making year as a company.

That said, we are incredibly proud to have hosted one of the first physically distanced live outdoor festival events in the UK post lockdown. Despite strict safety regulations we were still able to host fantastic local and international breweries, had some fantastic female DJs from Saffron Records spinning the decks, and all while supporting the local hospitality industry. 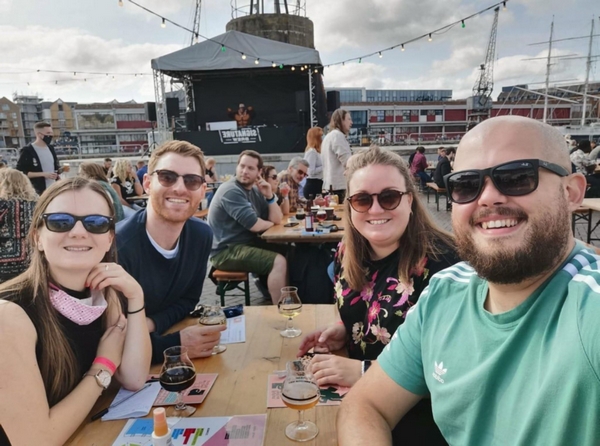 Give us some fun facts
Well, we did 250L in hand sanitizer, which is 5x50L beer kegs! 6,000 litres of beer was also consumed by happy visitors.

Doing our part for the environment, 2,500kg of mixed waste was collected over the three days, with 0% going into landfill.

What are your plans should Covid still be an issue next summer?
We want to thank everyone who came along in September, the council for their support and a big thanks to the returning breweries. It has been a long time coming for an event like this and it’s put us in good stead – we know as long as we’re allowed we can operate really great, safe events.

Good operators are part of the solution to fighting the pandemic. We’ll be doing all our events next year, come rain or shine. 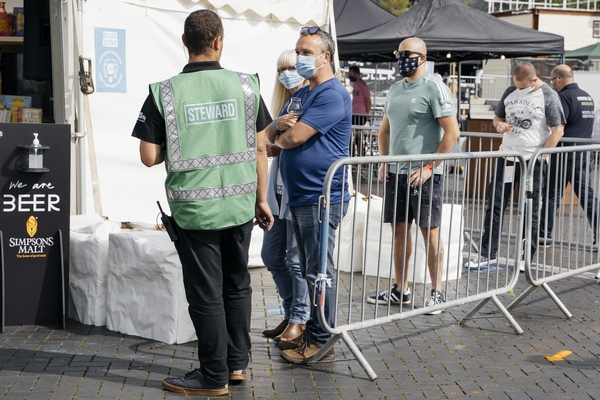