Along with plenty of determination, it is a passion for fantasy fiction that conjured up North Shire, a magical world in the heart of North Yorkshire. 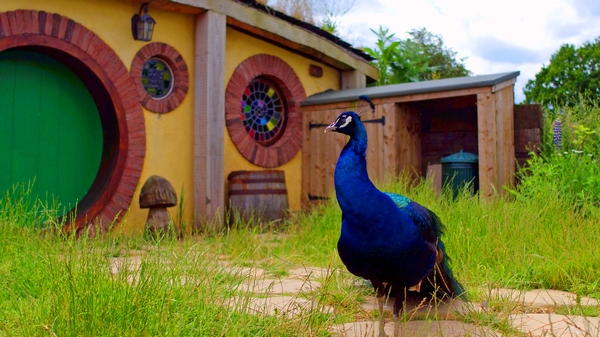 Carol knew from a young age that she was never going to enjoy working for someone else. Despite leaving school at 14, she went on to study physiology and anatomy before heading out into the world of enterprise. “I started in 2000 with a plus size ladies clothes shop called Curvey,” says Carol. “I was a single mum with two children but, with the help of the Prince’s Trust, went on to design dance wear.” She is also a professional singer, interior designer, has taught mixed martial arts and writes children’s books in her spare time – she is also a keen photographer!

It was Carol’s deep love of fantasy literature that inspired the launch of North Shire in 2015, a collection of magical accommodations based on the imaginings of Tolkien, JK Rowling, Roald Dahl and more.

Having spent most of her life in the city of Sheffield, when Carol met her then partner Carl, they decided to look for somewhere more rural to start a new business outdoors. “We searched the length and breadth of the country for somewhere suitable,” she says. “We were not really sure what we wanted to do but found ‘Bunnyland’ in Saltburn-on-Sea, Teeside, in 2010.”

Bunnyland had opened in the 1980s and needed a lot of work. “Along with the land, we inherited 200 rabbits and Guinea pigss seven cockerels and a peacock called Merlin! It also had a dog kennels and campsite which just didn’t work together. We closed it down, rehomed the animals (we kept Merlin – he owns the place) and opened as Golden Hill Farm, a Camping and Caravanning Club campsite.”

The magic starts
On site was a cottage that had homed pot ash miners. When they moved out, Carol set about creating her first magical offering. “It became Storybook Cottage, and I had so much fun in designing it. The staircase is painted like books and there’s a Narnia cupboard – the entrance is full of fur coats and leads to a secret children’s bedroom.”

The idea behind the cottage is to encourage children to read. “As a child I was obsessed with books by Roald Dahl and Enid Blyton’s Faraway Tree stories, and now I am just as in love with the Potter books and Tolkien. The fairytale escapism makes me so happy. I was very dyslexic and I think I pushed more to learn to read because of it – this is just one demonstration of my strong willed nature!” 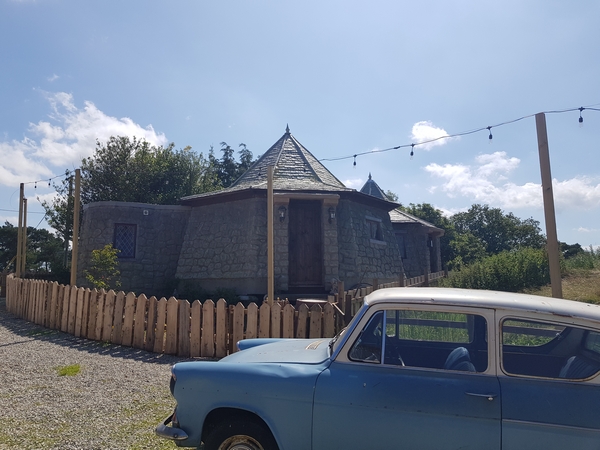 Next up was the Shire House. “I wanted to recreate a Hobbit home with a magical yet luxurious interior.” The authentic, grass covered structure features circular doors and windows and many little touches that delight lovers of both the books and films. “We had support from a Five Lamps grant, a Coastal Communities grant and the Redcar and Cleveland council. My Dad helped out with some private finance and The North York Moors National Park was also very helpful. When it was built the press coverage was global and we were put very much on the map.”

North Shire has to be careful about how it describes its fantastical offerings. “We don’t use the word Hobbit to describe the Shire House, and we are careful to be very clear that anything we create is an independent business and not associated with any authors or studios.”

Finance
Carol’s third project was even more ambitious. “I wanted to recreate Hagrid’s hut (now called the Ground Keeper’s Cottage) from Harry Potter, and this was an epic task.” Originally thinking about making it from stone, Carol ended up using fire retardant fibreglass. “A friend of mine, Billy Cessford, builds film sets and is exceptionally clever. We had a plan but we needed money.

This came in various forms. “John Carling and David Lamb from Solutions Northern magicked up the funds! We got a high interest loan from Reward Finance Group in Leeds (where David Jones and Alan Sanderson looked after us) and this was added to with a match funded RDPE grant. The North York Moors National Park also gave us a grant to help us grow and bing tourism into east Cleveland. I also have to thank our accountant John Milner from Milner Smeaton.”

It took a couple of years to get everything in line but the funding covered the build, a new car park, the on-site Green Dragon Cafe and the Enchanted Wedding Barn, a 30x15m structure.

“We added the barn as we were doing more and more weddings and events. Enchanted is a good name for it as it features indoor trees with chandeliers hanging from them. Brides often cry when they see it!”

Despite this huge investment, Carol reports the business makes good profit. “Since we added the Enchanted Barn it has just flown. We had a wedding fair last Sunday and got 20 bookings from it!”

The venue side of the business is also popular with corporates and has delivered events for Welcome to Yorkshire and the North York Moors National Park. “We also held a Fairy Festival, which attracted 1,000 people, hold wizarding weekends and have a lot of fun at both Halloween and Christmas. This year we have shipped in 7,000 pumpkins and are offering wand making and a dance for ‘witches’ at our Halloween party.

“We have also launched a Christmas competition which has made it onto Fox News, NBC and into the Times magazine. It is to win seven nights in The Ground Keeper’s Cottage over Christmas plus lots of other goodies including tea with Harry Potter, a steam train ride from the station where some of the Harry Potter scenes were filmed and presents delivered by Santa! All proceeds are going to JK Rowling’s charity, the Lumos Foundation.”

Challenges
Not everything at North Shire has gone smoothly, and the business spent many years in planning. “We used local agent Derek Brough. He has guided us through all our plans to expand as planning in National Park is complex. The whole enterprise has had some massively stressful moments but I really believe that you just need to keep pushing and it will pay off.

“I have learned a lot by trial and error and believe this is the only way to do it. The Green Dragon Cafe has cost a lot more in staff than it has taken in revenue so we tried moving the office into it but that didn’t work. We have decided to turn it into a new ‘experience’ (top secret for the moment) and open the bar in the barn in the evening for guests.”

Carol likens her business to bringing up a baby. “If you are not worrying then you aren’t doing it right!” she says. “It has costs £100,000s and given me a lot of stress and headaches along the way but it is totally worth it. There is a great saying, “He who dares wins Rodders.” You have to have nerves of steel – you either fail and learn or succeed and learn, but it’s a win either way!” 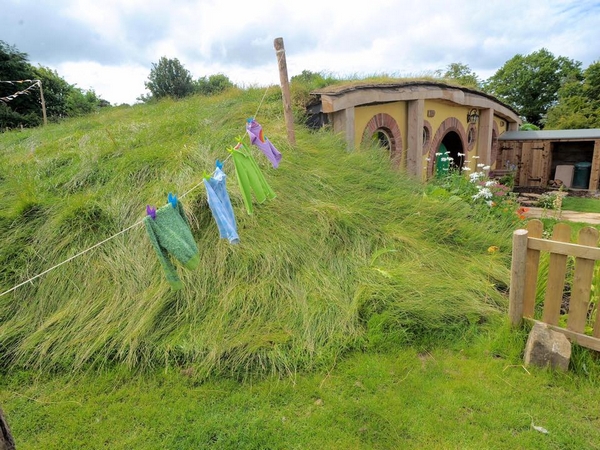 Local love
Championing local is an important part of North Shire’s ethos. “This area is a cauldron of magic. East Cleveland may not be one of the most talked about parts of the country but it is full of charisma and charm, from the Saxon Queen burial ground to the hidden beaches. Despite being in the North York Moors, we are classified as Teeside, an area that is overlooked a lot. We try to be the gateway to the area as North Shire gives people a reason to venture off the A171 from Whitby.

“Job creation is also very important to me and we employ eight people in our team. We are massively grateful to Teeside based businesses – there are some wonderful individuals doing some incredible things here.”

With such a passion for business, and for championing local, Carol now runs seminars from The Shire, encouraging and supporting new businesses. “Many of the analogies I use to help people understand what running your own business is like involve boats. If you want a 9-5 existence, buy a yacht for some comfortable sailing. If you want to really go places, start with some logs and a bit of rope and teach yourself to sail. Calm seas make poor captains but once you have learned to navigate 60 foot waves you will have a crew and have built yourself a galleon. You will also have truly learned how to have real adventures in life.”