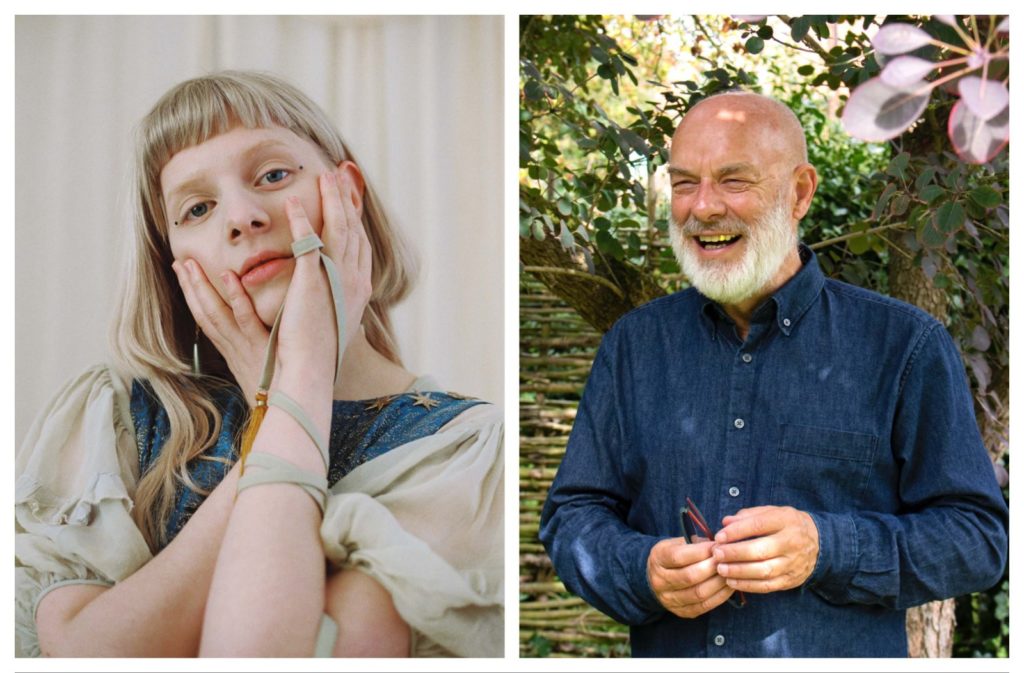 A Greener Festival is delighted to reveal that GEI 14’s keynote conversation will be with renowned musician, producer and visual artist Brian Eno, in conversation with Norwegian singer-songwriter and producer Aurora.

Brian Eno is a renowned musician, producer, visual artist and activist who first came to international prominence in the early seventies as a founding member of British band, Roxy Music, followed by a series of solo albums and collaborations. His work as producer includes albums with Talking Heads, Devo, U2, Laurie Anderson, James, Jane Siberry and Coldplay, while his long list of collaborations include recordings with David Bowie, Jon Hassell, Harold Budd, John Cale, David Byrne, Grace Jones, Karl Hyde, James Blake and most recently with his brother, Roger, on Mixing Colours. Eno is also a founding member of the Long Now Foundation, a trustee of Client Earth and patron of Videre est Credere. In April 2021, he launched EarthPercent, which raises money from the music industry for some of the most impactful environmental charities working on the climate emergency.

Aurora is one of the greatest Norwegian pop breakthroughs of recent years. She has released three strong albums, several radio hits, had huge streaming numbers and massive international interest. In the last few years she has performed at huge festivals, popular TV shows and she has toured on most continents. Aurora is experiencing success as far from home as Australia, Mexico and Brazil, and is selling out larger venues abroad than in Norway. The new album The Gods We Can Touch was released in January.

GEI 14 will be an official part of the International Live Music Conference (ILMC) for the first time with all ILMC delegates able to attend GEI sessions. There will be a packed programme featuring inspiring and knowledgeable speakers who will bring their passion and ideas to the event with key topics of the conference including;

The connection between wellbeing, inclusivity, diversity, equity and environmental sustainability will be a recurring theme throughout the programme.

Join us as pioneers, activists and leading collectives in the space of greener events, festivals, tours, venues and entertainment, unite to discuss the key questions in an industry in the midst of transformation.

This 14th edition of GEI is presented by AGF and ILMC, and kindly supported by Ecotricity, De La Maison and Ball Corporation.

See more info and get your tickets here