Following a surprise inheritance Robert and Amanda Parker moved to Lancashire. 35 years later they launched as a venue and haven’t looked back since. We talk to Amanda. 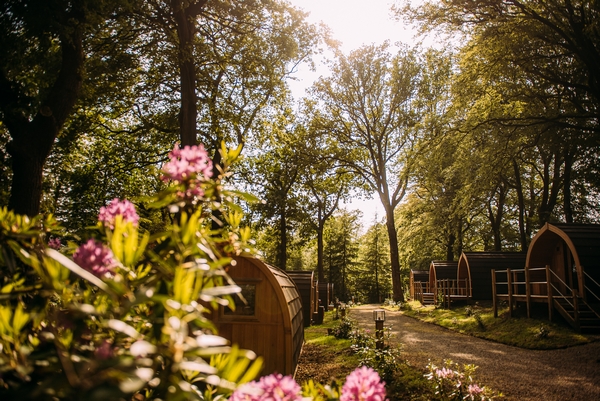 Sometimes inheritance can be a surprise, and it certainly was when Robert Parker, aged 20, was left the then dilapidated Browsholme Hall in 1975 by his unmarried fourth cousin once removed.

A unique Grade I historic house, the hall sits within the Forest of Bowland AONB with its own gardens and parkland. “It was not an inheritance for the faint hearted!” says Amanda Parker, Robert’s wife. “Once an estate of 2,000 acres, much of the land was sold in the 1960s, and with the remaining 420 acres yielding little income, the hall itself was in severe decline. Robert’s family moved from Cambridge to Lancashire in 1978. We married in 1985 and Robert’s parents ran the estate, overseeing the restorations. We took over in the 90s.” 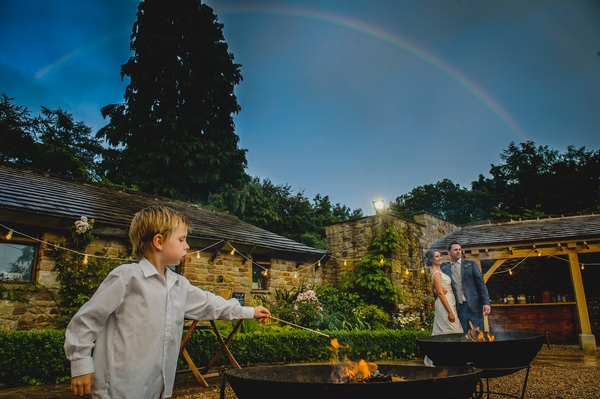 Amanda studied at Newcastle University before being offered a place on the graduate scheme with Barclays Bank. She went on to hold a variety of positions including five years working part time at an event management company handling bespoke events for large companies including ICI, which stood her in great stead for future diversification of the hall.

Robert worked for the Ministry of Agriculture, Fisheries and Food, as it was, then for the CLA as a rural business advisor.

“We were living in London but were called back to the hall to help Robert’s parents in 1987,” says Amanda. “The hall has always been a home and has been in the Parker family for over 500 years, since it was built in 1507. This makes it one of the oldest English family homes. Robert’s parents lived in the East wing and we had the rest of it. Our children Eleanor and Roland were born here and now live nearby.” 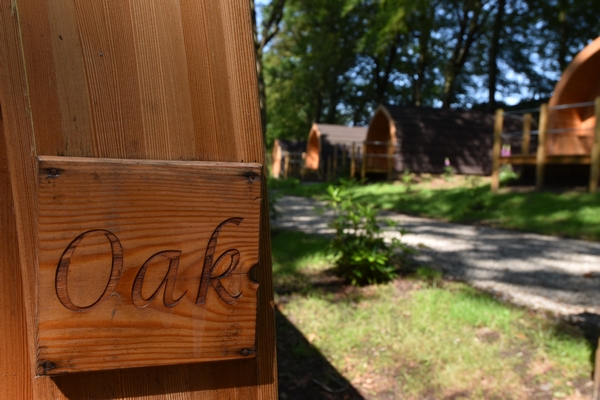 Browsholme has been open to the public since 1955. “This doesn’t bring in much money,” says Amanda. “So we both initially had full time jobs to pay for the upkeep of everything.”

The couple tried a number of diversification ideas including paintballing in the woodlands. “I wanted it to be an experience where people came and enjoyed the facilities for leisure purposes but, about six years in, paintballing became competitive. It became a sport and less appealing to us so we closed it.” 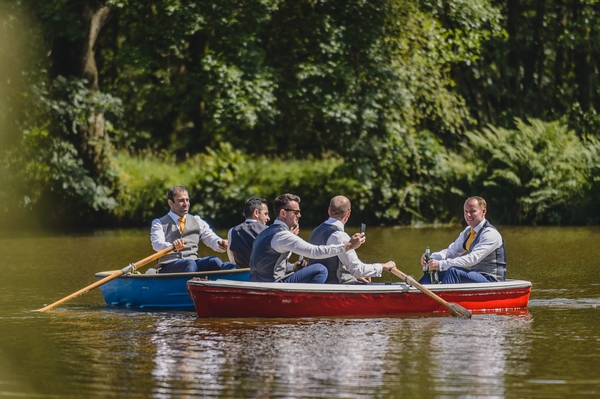 Venue venture
In around 2007 Browsholme’s tenant farmer needed new facilities. “He came to us and said that the farm buildings were just not up to modern farming. He was right of course so we put new buildings up and were left thinking what to do with the old ones.

“Robert was working as technical advisor for Historic Houses and saw what other places were doing with weddings and events so we went to our local Barclays branch and had a conversation with the agricultural manager, Wayne. He has been with the branch for over 30 years and has made a massive difference to our business.”

By 2010 the outbuildings had been converted and the couple was shocked to find that the 17 weddings they had anticipated turned into 24 in the first year, rising to 35 in year two! 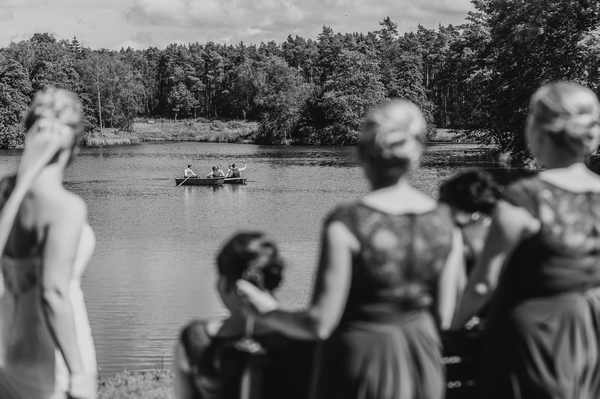 We employed a local lady who had over 10 years’ experience in weddings and she helped us set everything up. The three of us made a good team with my background in numbers and money and Robert’s in buildings, property and design.

Browsholme also targets corporate event bookers, offering conferences, awaydays and adventure training. “Weddings are just a part of what we do. They are wonderful and definitely nice to have but we always set out to offer more, and with my experience in business events they were a natural fit.”

Among clients through the door have been VisitEngland, the National Trust, BASC, Smiths Gore, The CLA, Marketing Lancashire, the Hodder Valley Agricultural Show and Gardens Trust. 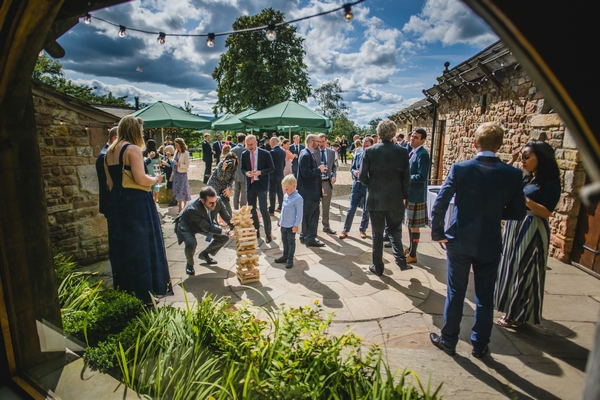 A transformation
Amanda describes the launch of Browsholme as a venue as transformative. “We were astonished, but in a good way,” she says. “It allowed sufficient income to invest in the house and gardens, and modernise. Everything is now tidy and cared for rather than desperate. I’d hate for it to be immaculate though, the appeal is that Browsholme is lived in.”

A grant from the Country House Federation helped with the restoration of the Tithe Barn and the addition of a ground source heat pump. 10 glamping pods were also added using money from a national fund. 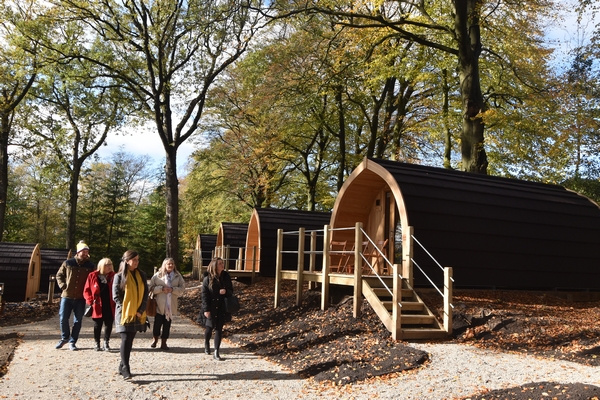 “Thank goodness for the glamping,” says Amanda. “We put it in as an obvious addition to the venue so guests could stay but it really came into its own this year with Covid and we are making decent money from it with holiday bookings now and throughout the autumn.

“Looking after holidaymakers is very different to looking after event guests, and it is rather nice this year being able to see families walking around the grounds and lake with their children – it would have been very quiet otherwise!”

Browsholme now offers four distinct venue options including the Cart Shed, which doubles as the tea rooms and is perfect for private dining and small events of up to 20 people. “We opened it in March this year and it is lovely but Covid had put paid to it seeing much use!” 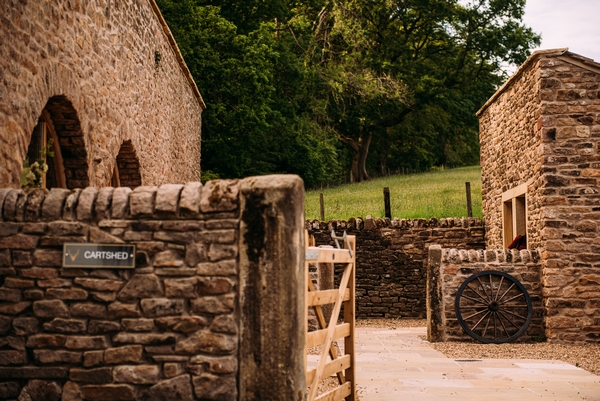 The Lily Pond has also been restored along with the Wilderness, an informal part of the gardens shaped in the form of the Union Jack to celebrate the 1707 Act of the Union. “Next week we start on a structure in the Wilderness for outdoor ceremonies.”

For large events, the Tithe Barn and courtyard offers capacity for 120 guests. “My technical skills were put to good use here as I designed the lighting system, which is still looking great 10 years on.” In the house itself, the Regency Drawing Room is an elegant, historic space for civil ceremonies and, new for 2021, is Lonesome Pine – a unique woodland setting.

“We are creating an outdoor classroom under the canopy of a huge Scots Pine. We worked with Lancaster University and the head teacher at Clitheroe Royal Grammar School to devise a programme of cross curriculum activities aimed at secondary schools initially. The syllabus includes sustainable building courses incorporating renewable technologies. We were ready to go but Covid put the kibosh on things.” 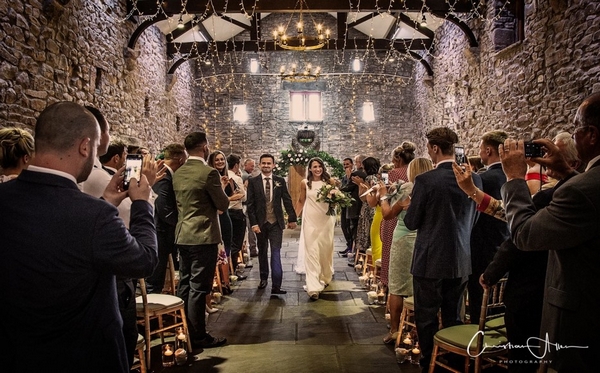 “There is a strong community element to what we do,” says Amanda. “We hold lots of community events and almost everyone who works here lives within seven miles.

“We have always had the understanding that Browsholme would never be forced onto the children. They have their own careers and interests and the house itself is expensive to keep. We also want to pass on the ethos of looking after the people who make it what it is. 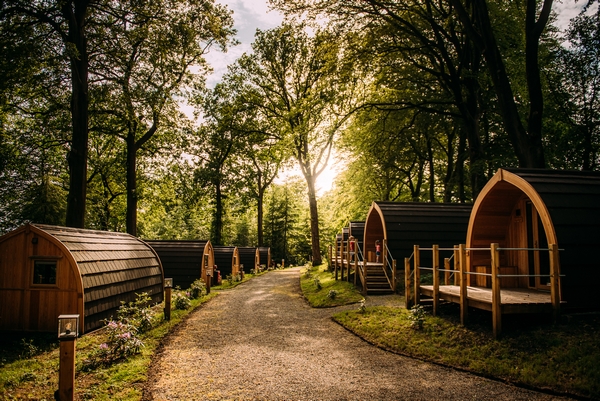 “The children are already involved in some of the operations. They set up a catering company called Bowbearers which offers pizzas and hog roasts. It is named after Robert’s official title, the Bowbearer of Forest of Bolland – a title traditionally given to a noble who acted as ceremonial attendant to the Lord of Bowland, latterly the King, by carrying his hunting bow.”

Sustainability is also fundamental to Amanda and Robert and their efforts have been recognised by Green Tourism, which awarded Browsholme a Gold. “We have renewable energy everywhere and all the timber for our structures comes from our woodland. We are also a three time winner at the local tourism awards in the sustainable, inclusive and wedding venue categories. We went on to take Silver at VisitEngland’s national awards for sustainability.”

At the end of the day, Browsholme is first and foremost a home. “It’s not too big so is manageable but is certainly not cheap to run!” says Amanda. “Browsholme is a lovely place to live and we’ll be here as long as it remains a pleasure to do so. The house and grounds are glorious and unique and we are focused on doing what we do really well. It feels wonderful when that hard work is recognised.” 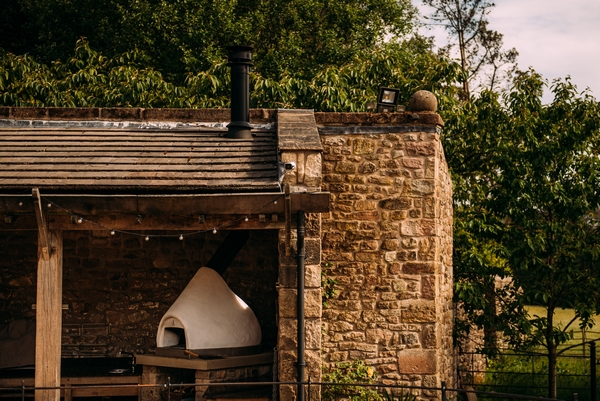