Steve Heap reflects on 2021 and instils confidence for 2022. 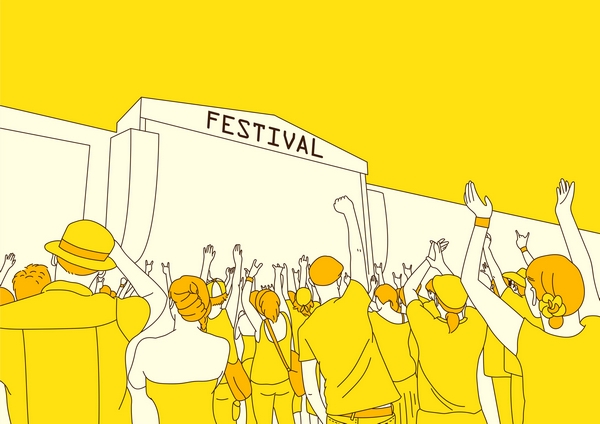 For the last two years the Association of Festival Organisers (AFO), just like the rest of the industry, has been suffering blow after blow. Should we operate, should we not? Will we be able to get the stocks? Will the government give us some insurance cover? Has the supply chain collapsed? Can the Arts Council help with funding? These and many other questions have crossed my desk on several occasions since the early days of the pandemic.

Could it be over?
There are some that say the pandemic is almost over, others advise caution. We will of course be living with it probably for the rest of our lives, but hopefully we will work out ways of adapting and getting used to the virus just like we have with flu. Bearing in mind that flu tends to be a seasonal virus, whereas Covid can hit us at any time of the year.

For the outdoor events industry to survive we certainly must get used to it and that indeed is what many festivals and events have been doing for the last few months. I attended only six festivals in July 2021, some with smaller numbers, some socially distanced, some with recommendations for wearing masks, almost all insisting on proof of negative lateral flow tests (I normally attend around 15 festivals in a season).

They were all successful in their own way. Just to add to the difficulties of Covid in 2021 some were faced with torrential rain and difficult ground conditions, but of course we are used to that. I have on many occasions described my festival colleagues as creative, imaginative and most of all resilient. There is a will to survive the pandemic and keep the UK festival scene up there as a world leader, and that is certainly what organisers, suppliers and indeed many of our artists intend to do. There are still issues to deal with, but the dropping of Plan B will certainly help.

Her Majesty’s government is wobbling
The government appears to have helped if you were to read the press, but it must be said that in some areas they are wobbling, and timing of decisions has sometimes been a real problem for our industry. Not least of which the re-insurance scheme that has been over a year in coming and when it finally did arrive it really didn’t tick most of the boxes. So, I think it is unlikely that very many festivals will actually afford to take it onboard.

What is starting to happen is an alternative like a community contribution or support. A festival sells a ticket and 30-40% of the price is deemed to be a donation to support the event’s future in case of further pandemics causing cancellation i.e. the customer will get a refund or a rollover of only 60-70%. These figures of course are flexible and to the personal preference of the organiser.

This then gives the festival some feeling of security when putting plans in place for 2022 and the longer-term future. More of this from such festivals as Shambala, Towersey and the ticket agency TicketSellers. We hope of course that it won’t now be needed but who knows what is around the corner? When might the next pandemic hit us? Have we learnt enough to cope? Are we ready?

Equipment
The supply chain is struggling to meet 2022 orders, that is clear, and this is now becoming more and more obvious as the season’s planning moves on. Earlier fears of this were flagged up and are now proved to be not ill-founded. Perhaps not to the level we first thought but it is still a problem.

Shortages of tentage, fencing, security officers etc. are still out there, mostly because these suppliers and the people involved have been busy working for the NHS, the education system and the booming wedding industry that is trying to deal with twice as many weddings in half as much time. The supply chain I am sure will recover in the course of time. I just hope that in the meantime, not too many companies are capitalising on the difficulties by boosting their prices beyond the norm.

DCMS and now the Cabinet Office are in need of evidence of supply chain difficulties, which of course EIF, AFO, AIF, NOEA, LIVE and many others are providing. Government needs facts, figures and information, though just what they intend to do with that evidence is yet to be revealed. We would of course be delighted if they would just take our word for it and understand that, working at ground level, we know our business.

At a recent meeting with MPs I flagged up the issue of supply chain shortages, to be asked what we expected government to do. My answer was, “It is government that is asking for the information, what do they intend to do with the information that we are now readily providing?” I have stressed, as I have on many occasions before, that the festival and outdoor events industry is well capable of looking after itself and keeping its own house in order with the gratefully accepted government support, furlough scheme etc., we have survived so far. There have of course been casualties, but we will move on.

Funding and furlough
The Cultural Recovery Fund (CRF) from government via the Arts Council sounded like our great saviour alongside furlough. However, the rules and the minimum amounts allowed were somewhat dismissive of the fact that most of the festivals in the UK are community style with less than a 5,000 capacity, making it very difficult for many of them to make any applications to CRF1. When CRF2 was introduced, the bottom line was reduced for applications, but there were still many out there who didn’t feel they really qualified or indeed needed to apply.

Then we went into the second year of cancellation, which led to a need for further support. So along came CRF3. Unfortunately, someone in the Arts Council and/or Whitehall decided that CRF3 applications would only be accepted from those who were successful in 1 and 2, so just like the Titanic, the lifeboats were launched in 1 and 2, but if you were not on one by the time 3 came along you drowned. And that is where we and government bank on the dedication and resilience of festival organisers.

It must be said that during this whole period Arts Council England in particular has been seriously overstretched in terms of staff and selection panels. They have been inundated with genuine requests for funding from a wide range of grant styles but have nowhere near enough people or the knowledge to judge the applications. Indeed, several applications are known to have come from organisations that either don’t exist or were somewhat stretching the rules.

All the above has led to long delays with several applications falling down the cracks and funding being delivered too late. Hopefully in the next two or three years things should start to level out and, subject to government funding of the arts in general, things ought to get back to more of a normality. Several festivals that received the funds have now found themselves ‘back in 2020’ with no funds, a supply shortage and staff absence. 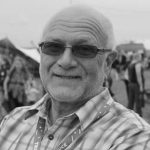 Brexit
Added to all the above we have all been dealing with the repercussions of Brexit which has in turn left us with a whole wide range of problems including visa charges, work permits and on the export side, carnet documents and European work permits. There is also a shortage of drivers, staff for the supply chain to festivals and in particular SIA qualified security guards.

UK CMA report of at least 30% shortage in qualified security guards for the season. Craig Stanley working for LIVE with a team of experts in the field of touring have shown remarkable tenacity to sort the problem for themselves and start to make some inroads into European touring and laying the foundations for the reverse to happen.

Onwards to 2022
The future 2022 season will be a better year for festivals. It must be, and one way or another the scene will bounce back. For every festival that doesn’t make it another one or two will pop up. Customers are desperate to get out there into the outdoor events industry and enjoy their spring, summer and autumn of music, dance and general entertainment. And I feel confident that we, the industry, will provide.

With that message of resilience AFO and EIF will continue to support the industry in whatever way we can. We will bring news, knowledge, facts, figures, information, support, and training for the festival and outdoor events industry and all its satellites.

For more information about the Association of Festival Organisers (AFO) see www.festivalorganiers.org